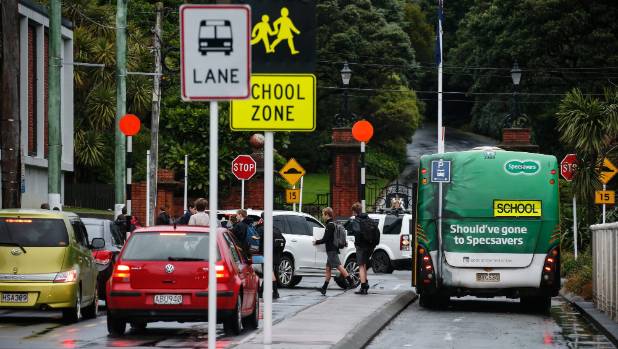 Well, you know what the answers to that are, don’t you? We’ve been through this a hundred times before. Step One, implement BBREO, the solution developed by Richard Reid Associates. Just do it! He had it all worked out – as part of the solution for the Basin Reserve that didn’t involve a 250m long flyover around the Basin, but instead offered a sensitive and careful reworking of the space near the schools.

And then of course there is the brilliant scheme developed by the Architectural Centre – the famous Option X. That involved the particular section of road in front of the Government House entry being closed off entirely, and the cars being routed round just the north side of the Basin, and linked up to the Arras Tunnel. So much simpler and better than NZTA’s faulty and rejected Bridge solution. It sounds as though Let’s Get Wellington Moving is almost at the point of admitting that Arch Centre had it right all along, with the announcement the other day that “Sussex St could go over the top of SH1 on a bridge” – which is as much as saying “Go Option X” after all this time.

But back to the school gates. If the SH1 does not go near the School Gates, and there is no way to stop, then the children can walk round the Basin to the local road network instead – and catch a bus, or actually walk, like school children are meant to do. Problem solved. Get those bloody helicopter parents out of here!