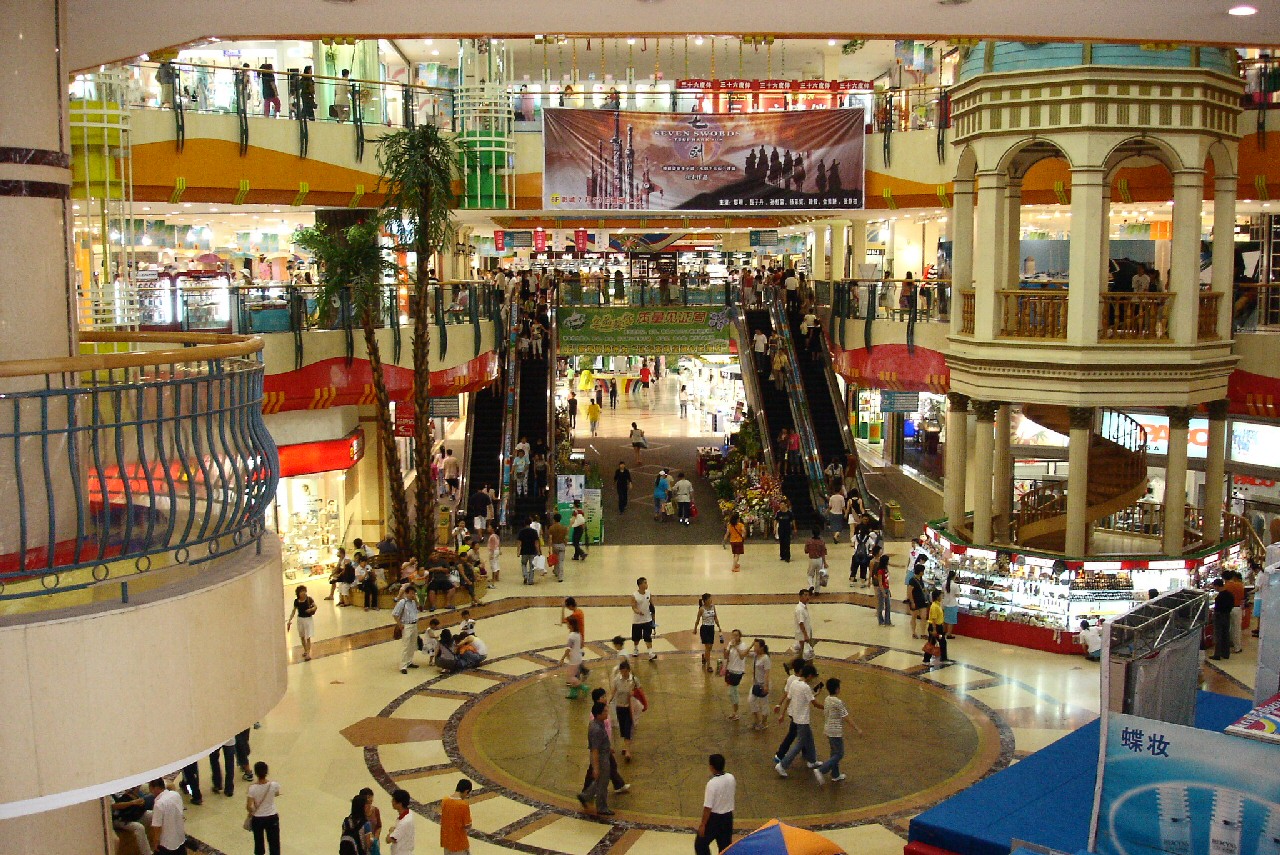 On May 21 there was an article in the DomPost by Hank Schouten about shopping malls. The article said (provocatively, I thought), that : “More malls needed, say researchers”. This research, based on info paid for by international property wranglers Jones Lang LaSalle, noted that New Zealand has “only 0.4 square metres of mall space per person, which is low by international comparison.” Thank God for that, I thought, but then again – I am not their target market. Jones Lang LaSalle director Andrew Brown apparently noted that “Wellington’s 24 enclosed malls compete vigorously with Wellington’s inner-city retail offering, but he believes there is room for more mall space.” He reckons there is room for a further 37,000sqm ie another Westfield Queensgate.

It is fair to say that, online at least, this proposal went down like a bad smell in a crowded lift. People clearly turned up their noses and both Elvis and I left the building. I’d argue that Wellington’s apparent 24 enclosed malls are not competing with the other retail (they are all just at street level really, and I’d venture to say that the shops directly on the street do far better business than the mini-malls do) and should not be divided off – the great thing about Wellington is that it has NO MALLS. It seems that I am not alone in thinking that. Comments about that article online at Stuff included:

“Please not another WESTFIELD!!!!! they are all dull and boring Shopping Centres, same old same old!. Yes maybe more malls BUT please ensure they are different.” from I loveNewZealand.

“Malls are dead – the only reason other places still have them is because they’re there, not because they’re wanted. If you want a spread of big stores and free parking, go to the Airport area or to Porirua; leave Welly’s CBD as a place of interest and character. It’s one of the great joys of living here.” from bella-m

“Queensgate gutted the Hutt Valley and Wainuiomata particularly, and now the Hutt Council want to do it again in Petone. What the region needs vs what the developers want to shove down our throats and destroy the character of the region in the process are two different things – frankly anyone that wants to live in a mall should shift to Auckland and leave Wellington for people who actually like to live in communities, interact with their neighbors and enjoy their environment.” from winzurf

and my own personal favourite:
“To put it simply. I’d rather saw off my own legs with a wood splinter than spend an hour in a mall. They are a grim reminder of how dependant some people have become on spending all the cash they have on things they dont need. I get everything i need from food and stuff. They have food. and stuff.” from RonSwanson – good on you Ron – get busy with that splinter!

Perhaps the best retort to this is a passage written by Elizabeth Farrelly, in her fantastic 2008 book Blubberland – the Dangers of Happiness, where she says:
“The contemporary shopping mall is a classic instance, striving to ape the complexity and interest of a traditional market, but with one, overarching difference; the space is privately owned and entirely under private control. The air is cooled and conditioned and gently muzak-laced; the lighting, level changes, transparency and detail are minutely orchestrated to slow your gait within microsends and lull you into buy-mode; and no one, other than the owner, has any right to be there. Everyone else is there on sufferance. Anyone undesirable, or homeless, or obviously poor, can be summarily shuffled out so that the mass-narcosis of consumerism never pops.”(p138).

It seems to me that today’s article on a proposed Mall just off Manners Mall is a response to that, yet it also has commenters to the Stuff website frothing at the mouth.

“A multimillion-dollar Melbourne-style mall is planned for central Wellington, with a private developer seeking ratepayer backing for the boutique shopping and eating complex. The mall would transform the area around the old post office between Victoria St and Lombard Lane, with room for 10-15 shops and eateries in the 1068-square-metre space. Cook Strait Properties is behind the project, and co-director Luigi Muollo said the aim was to revitalise an area of the city that was currently underused.”

There is nothing too offensive about the proposal, except for this line: “Wellington City councillors will debate today whether to pledge $150,000 of ratepayer money to investigate the project’s development” and that is the bit that has got commenters going on Stuff:

slaine says: “This is ludicrous. No council should even allowed to contemplate spending ratepayer money on any form of retail development.”

shane888 says: “I like the design and location (the area is currently pretty grotty), but I fail to see why ratepayers should help pay for what will be a privately owned complex.”

and that is pretty much the argument in a nutshell. The area is certainly in need of a bit of work, although it is those slightly grotty parts that make a city more interesting. One of Wellington’s finest brothels (apparently) currently resides on the top floor – as well as some of Wellington’s finest graffiti walls. As published, the Jasmax proposal for Muollo is on a tiny wee drawing, and there is nothing on Jasmax’s website as yet. So this is all we have to go on:

and this rather basic diagram:

There’s not enough to really chew over here – good points include the deletion of the awkward pedestrian clashpoint at the door to Barkers (used to be Paris Texas) – and a big curved glass frontage at this point would seem to be a reasonable improvement. What Jasmax and Muollo are trying to do of course is to pull the crowds walking towards Willis St away from their designated route along the congested Manners St, and down a currently back lane. That’s just all good planning, and I don’t think anyone would really try and stop that. Its a small mall, not a Pall Mall, but presumably they would need WCC input in enlarging the small grotty alcoholics / degenerate smokers park that they share with diseased pigeons, and also in building a new pedestrian crossing at the junction with Bond St.

Till we see more, I couldn’t really comment more, and so I’ll just give the last word once more to Ms Farrelly, who puts up a decent argument for and against the mall as a form of architecture:

“So it is interesting to note the increasing interiorisation of shopping as an activity. From the traditional street market where interiors were usually makeshift and temporary, to the modern mall where entire city blocks and precincts are interiorised to give the (usually female) shopper the illusion of being in a vast, sparkling, bejewelled, cathedral-like home. Woman like malls because theyâ€™re known, comfortable, clean and safe – from muggers and spitters, from sun, storms and mendicants. Here, at fantasy-home, women will relax, and when they relax, they will spend.

Malls titillate and relax, even while they make you feel needy, inadequate and dreamily disoriented. Theyâ€™re meant to. Itâ€™s like chocolate. If you can be made to feel bad, in a small way, the more you want soothing, and the more you buy. One thing you donâ€™t see much of in a mega-mall, therefore, is social life. Whereas in a high street you might stop for a coffee, in a mall you bump into someone, you say hi and press on. This is because, from the first car-park moment, the place is designed as a disconnect, separating you from your reality and from your higher, warmer self. Itâ€™s designed to put you in a bubble – a car-like bubble – of self-gratification.

This is another reason why the mall experience begins and ends at the car park. Grey, fumy and jammed with other irritable, bubble-wrapped humans, the car park is no pleasure-dome. Itâ€™s designed to do a kind of good-cop-bad-cop routine with the mall interior, to make you more susceptible to the shopping urge. And because it is important that we come to it through the gates of hell, the mall is the first architectural type in history that has an inside but no outside. The mall has interior design, heavily themed and fantasised, but it has no street presence, no public self, no architecture.”(p150, Blubberland)