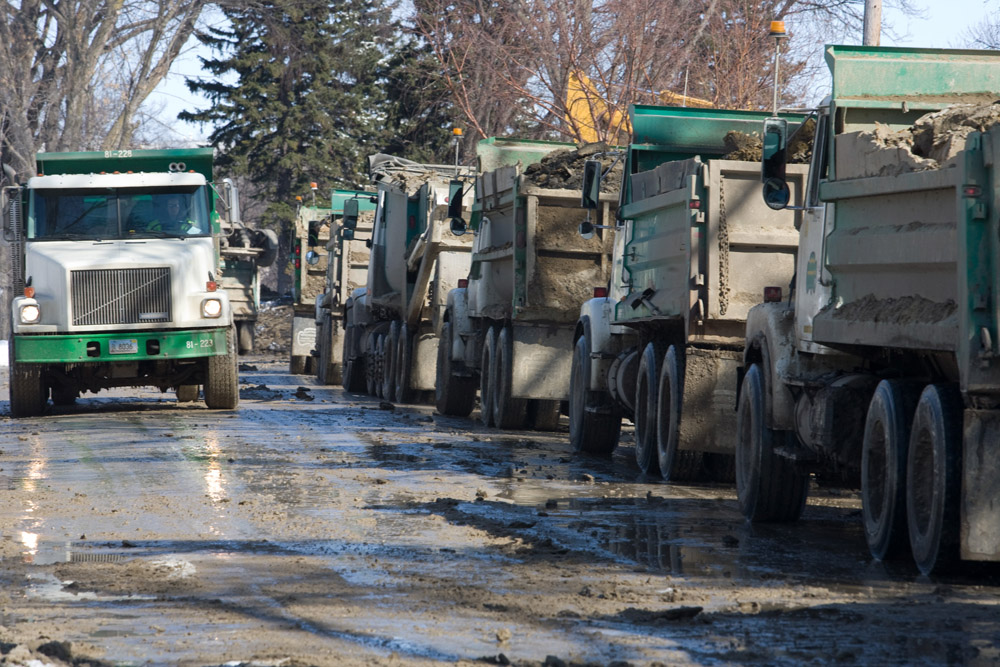 OK – Hear me out here people. There’s been a lot of kerfuffle over a couple of things this week – one is the proposed $43m strengthening of the old Town Hall, and the other is the proposed $300m extension of the airport.

First things first : where have those figures come from? Put them back at once – you don’t know where they have been! They’re dirty! Who knows what they are based on? Yes, they could be more – but then again, they could be less. They are not fixed contract prices, nor are they based on completed contract drawings. So, just hold your horses there peoples, and let’s think laterally – after all, Wellington is the creative capital, right?

So – what about that airport extension? That cost – as near as dammit plucked out of thin air – and what is it based on? Trucking in a lot of soil – hard fill – half a mountain basically, and a lot of suction down there on the Miramar sea bed to vacuum out the old dead sea slugs that currently reside there in the top ten feet of rotting organic matter. They need a lot of mountain to fill that in.

Where do you get a lot of mountain from? Well, for starters, there is a big bit of hill right next door, owned by Wellington Airport, currently only just holding up a much maligned sign saying Welling-t-o-n and a big advert for Hyundai cars. That could go in the hole for starters. But they’ll need more soil than that. There are potentially millions of tonnes of stone fill needed, and if you bring each load in by truck, then yes, it will cost millions. So we need to think different.

That’s where, if we (the City) are thinking cleverly, we could kill two birds with one stone (so to speak) – maybe three. We have a bloody great big flyover heading our way, which will do stuff all to make the airport traffic fly any faster, unless it also has a second Mt Victoria tunnel bored through that hill. There is a whole lot of prime hard rock fill going to be coming out of that hole, and it hasn’t got a home yet. With a bit of kiwi ingenuity, some lateral thinking, and a whole lot of number 8 wire (and some quite larger bits of steel), we can put these together. What we need is a rail system to connect point A with point B, ie Mt Vic to Miramar, so that they can run wagons full of dirt down there.

This isn’t a new or silly proposal at all – in fact, it is a rehash of the actual system used when they built the first Mt Vic tunnel system (by hand, I might remind you) way back in the 1920s/30s. There is a lovely website full of historical info on this – but the long and the short of it was that all the soil coming out the Haitaitai side was put into small rail based wagons, and sent on tracks down through Haitaitai to arrive at the fill site in Kilbirnie. It was very eco-friendly, and clever in the way that only the old railmen of days of yore could be: the incline was such that the (full) wagons would make their way down Moxham Ave under their own gravity load, and gather speed – and then slow down on the flat area at the base, where, by the time they reached the end, they could be tipped out and the soil spread over that boggy pond that is now a cricket ground. Simple really! And then a horse could pull the empty wagon back up the hill. Low energy, clever solution, and all done for a lot less than $300m. But we can do better than horses these days.

So – we need another Mt Vic tunnel (Iona Pannett disagrees, but we do), and there is nothing wrong with boring holes in mountainsides. So, we buy a tunnel-boring machine, or a large road-header, and start to dig. The spoil comes out the rear, and is railroaded along to Miramar wher it fills in the hole in the sea (after dredging back the sea floor). The great thing is that if the city was clever, the rail tracks could be used for running a light rail system along later – we all know it needs to go along the foreshore there – and so for the price of the tunnel (which NZTA is planning to do anyway out of it’s vast and endless budget of taxpayer money), then you:
A) solve the problem of where to put the spoil from the tunnel
B) get a half-price (or less) cost of reclamation of the Airport extension
C) get a free set of train tracks installed from Mt Vic to Miramar.

Wellington, I give you this idea – for free! The Maximus express!