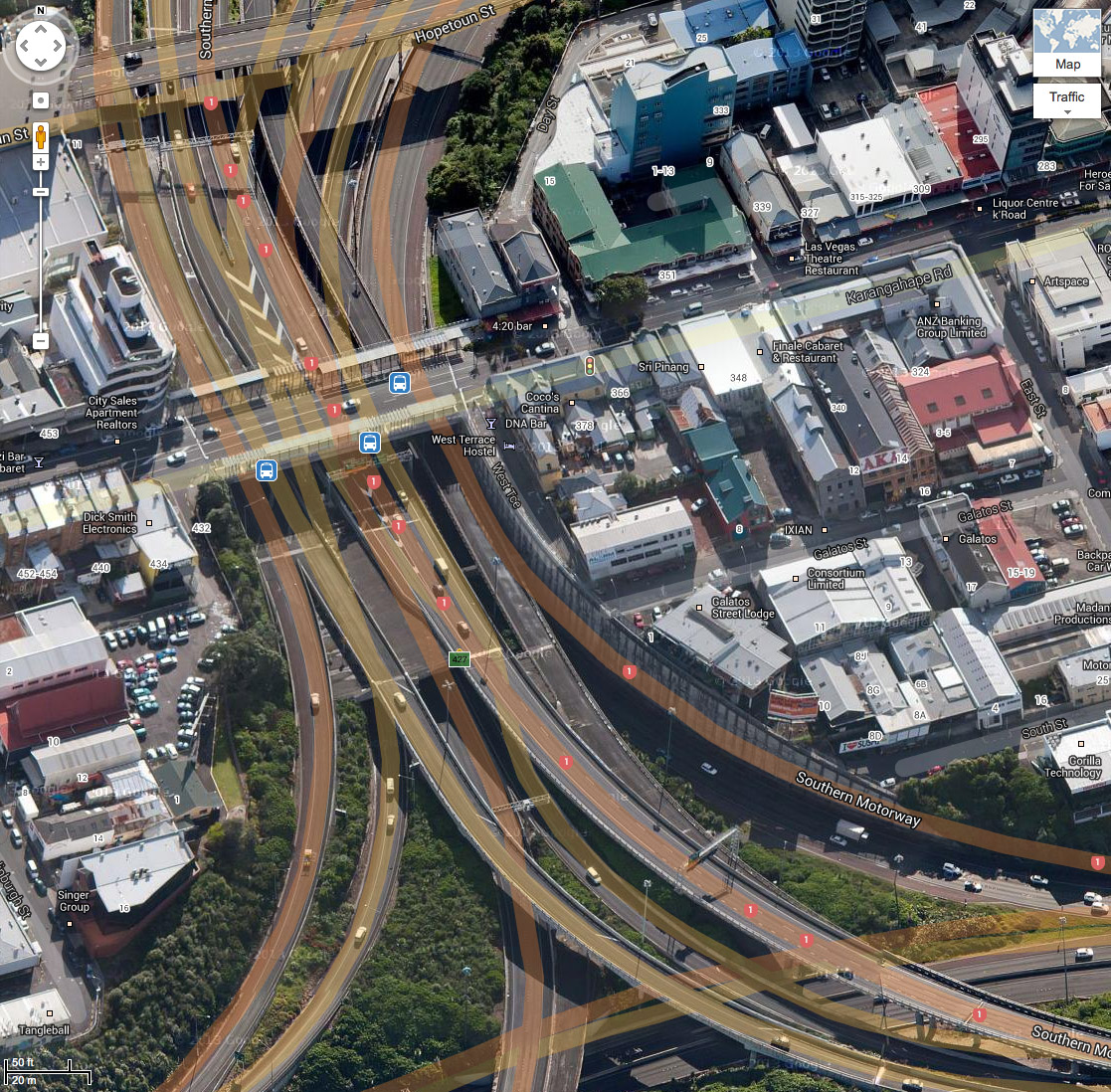 I’ve discovered a disturbance in the Matrix. Nothing as simple as a cat walking past twice, or a choice of red or blue pills, or a conversation with The Architect – I’ve discovered that Google is trialling a new google maps thing with Auckland, and it has not yet been spread to Wellington. Or, indeed, the rest of the world… Google are using NZ – Auckland – as a test bed for the world. Check this out.

Auckland and Wellington at the same scale, right? So far, so similar…

Auckland above, Wellington below:

You can see that they have just used aerial mapping and stitched them together. A plan still looks like a plan… So, let’s zoom in a little, one click more, to the next scale boundary. Wellington first:

But then here is Auckland, subjected to the same one click more zoom: radically different!

Now that’s interesting! They have gone and done an Apple Maps – and posted the building facades onto a 3D model, so it looks real (ish). There are still a few wrinkles to iron out – note how the SkyTower leans one way and the ASB tower leans another way… all looks a bit cack-handed if you look at it closely, but for a tourist, or a nosey architect, it’s great!

And then when you spin it round, you get to see each side of the building, in birds-eye mode! Cool! Is this a world first? Have we discovered something new?

You can’t even do that in New York yet! They’re still stuck on the old-skool method, where you can see the joins between the blocks by the way the buildings bend and turn…

And at least the google team have solved the issue of bridges, unlike the poor old unready Apple team…. (speaking of which – big Apple announcement tomorrow? Wait and see!).

All images thanks to google, care of Larry and Serge…

Post-script: For cleverness, Seamonkey gets his / her name in lights: