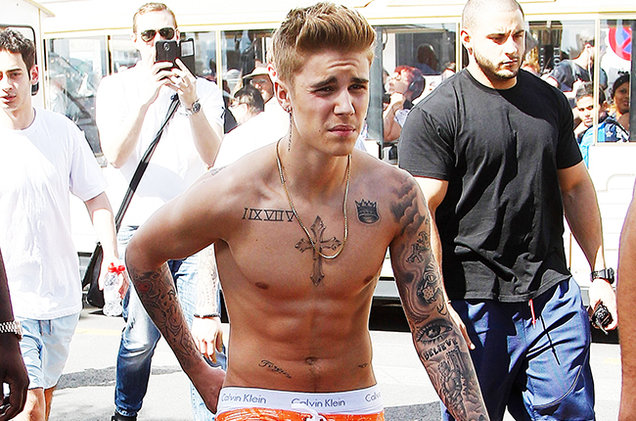 A week is a long time in politics. Celia is gone, Justin is in, Colin Craig is ancient history, and Goff’s off to head up the supercity. The last WCC crop of Councillors was, let’s be honest, a bag full of fruitcakes, with the frankly barmy Helene Ritchie, the reptilian repellent Mark Peck who, frankly, did nothing for the entire 3 years except pull a pay check, and the continuing ugly stoushes between Eagle, Foster, Young, and Wade-Brown. Let’s hope that Justin Lester has it in him to govern the new crop of Councillors with a better command of the stick and carrot than Celia managed to. It’s the worst job in the world – I don’t know why anyone would want to do it.

Luckily, after 27 years on Council achieving next to nothing, Ritchie has packed her bags and shuffled off. Goodbye! Peck has gone too – you were the weakest link. How on earth did that man ever get elected to Council, let alone to Parliament. I guess we all have those days – you start on a project, get a way into it, and then go: “Fuck it, I’ve had enough, they can bloody well manage without me.” And, in the case of Mark Peck, so they did. Ian Apperley, who used to run the Strathmore Park blog, but has thrown in the towel on that and is now trying his hand at forecasting over at Wellington.Scoop – unsuccessfully it must be said. Ian foresaw that Mayor Jo Coughlan would be picking Nicola Young as her deputy. Not so. Coughlan choked and coughed at the finish line, so my prediction was right: banging on about roads was not the thing that Wellingtonians really wanted to talk about. Leggett was also a no-show as it turns out, but Young has struggled back in, but not as Deputy – that honour has gone to Paul Eagle, who had been muttering about being a Deputy to Nicola if she won. How the tables are now turned.

Pannett and Foster are both back in, and to my mind, both do a good job, although both seem to inspire Trumpian proportions of hatred from people not inclined to favour their political leanings. I mentioned the words “Andy” and “Foster” in the same sentence to a friend last week, and got covered in bile and vitriol. Apparently, Andy, you’re not to be trusted and should be avoided with a barge pole. Personally, I didn’t think you were that bad – and you were certainly hard working whenever I saw you, as well as often riding a bike, which is always a good thing. Plus, you’re the only person on Council partaking of social media in a meaningful manner – Iona Pannett also contributes on Facebook and twitter, but normally only to reiterate somewhat inane things like: “Need to do the same at councils around the country” or “Welcome all, a good team” and “More today on Snip and Chip from the SPCA and myself.” There’s not really any need to read any further. But Pannett works hard and is growing in her knowledge around heritage buildings, so she continues to be a good useful player at Council.

There are some new Councillors, about whom I know absolutely nothing. Being resident in the Lambton Ward we have a new boy Brian Dawson (a former Vicar apparently) but this also means I was spared the verbiage from places North, East and South, so Diane Calvert, Chris CalviFreeman, Peter Gilbert, Jill Day are all news to me. I wonder how they will turn out? Calvin-Freeman comments occasionally on Scoop, so we are getting a taste of his angle on matters airportian, but these others? Who knows.

The inimitable TransportBlog very thoughtfully wrote a long and useful piece on what Phil Goff could / should do as Mayor of Auckland, as has Metro Magazine. Down here we are perhaps a little less invested in the process, and I don’t have the temerity to tell Mr Lester what to do, and I thought I’d just leave him to get on with it. His first steps sound good: get all Councillors involved in decision making, and hopefully he will also have the ability to make sure that no-hopers like Peck don’t get through 3 years of time wasting again. Fingers crossed for a good mayoralty!

But a week IS a long time in politics. A week ago, the rise and rise of Donald Trump was looking unstoppable. This week: not so much. The orange-faced buffoon has a death wish, I believe – he really doesn’t want the job, and can’t quite believe he has actually got this far – he is dying for someone to say he can’t, just so that he can blame them instead of accepting that in fact He Is The Biggest Loser, and in fact, that he is FIRED. Extraordinary behaviour today, having had many of the Republicans say they can no longer support him for being a total Dick, he has turned around and is attacking the people on his own side now too, which bizarrely will probably go down well with the idiots who will vote for him. His months of mud-slinging against Hillary Clinton has stuck, with his name-calling of Crooked Hillary now being accepted almost as true, but it is still just another lie. George Bush had a private email server too, apparently, but Trump is not going after him. Bill Clinton is a philanderer, no doubt, and the Republicans tried to impeach him for not keeping his dick in his pants – but now Trump wants to savage Hillary for not keeping Bill on the porch: you know what? I bet you she tried! Not. Her. Fault. And Benghazi – still with the Benghazi. America: you’re stuffed! What a ridiculous country, half filled with retarded rednecks.

Don’t get me started – but I’ve started, so I will go on. I’ve watched both Presidential debates, and Trump clearly lost both debates, but the second one he lost heavily – but in his own deluded world, he says: “Despite winning the second debate in a landslide (every poll), it is hard to do well when Paul Ryan and others give zero support!” Deluded, idiot. Not fit to run a pantry at a restaurant, let alone run the wealthiest half of the world.

It’s moments like this that we can feel a sense of relief that we have slightly dull, mildly competent, hard-working and sensible people in charge of our country, whether you like them or not. Key, English, Goff, Lester: I hate to say it, but perhaps we’re not doing too bad. Roll on the mediocre masters!