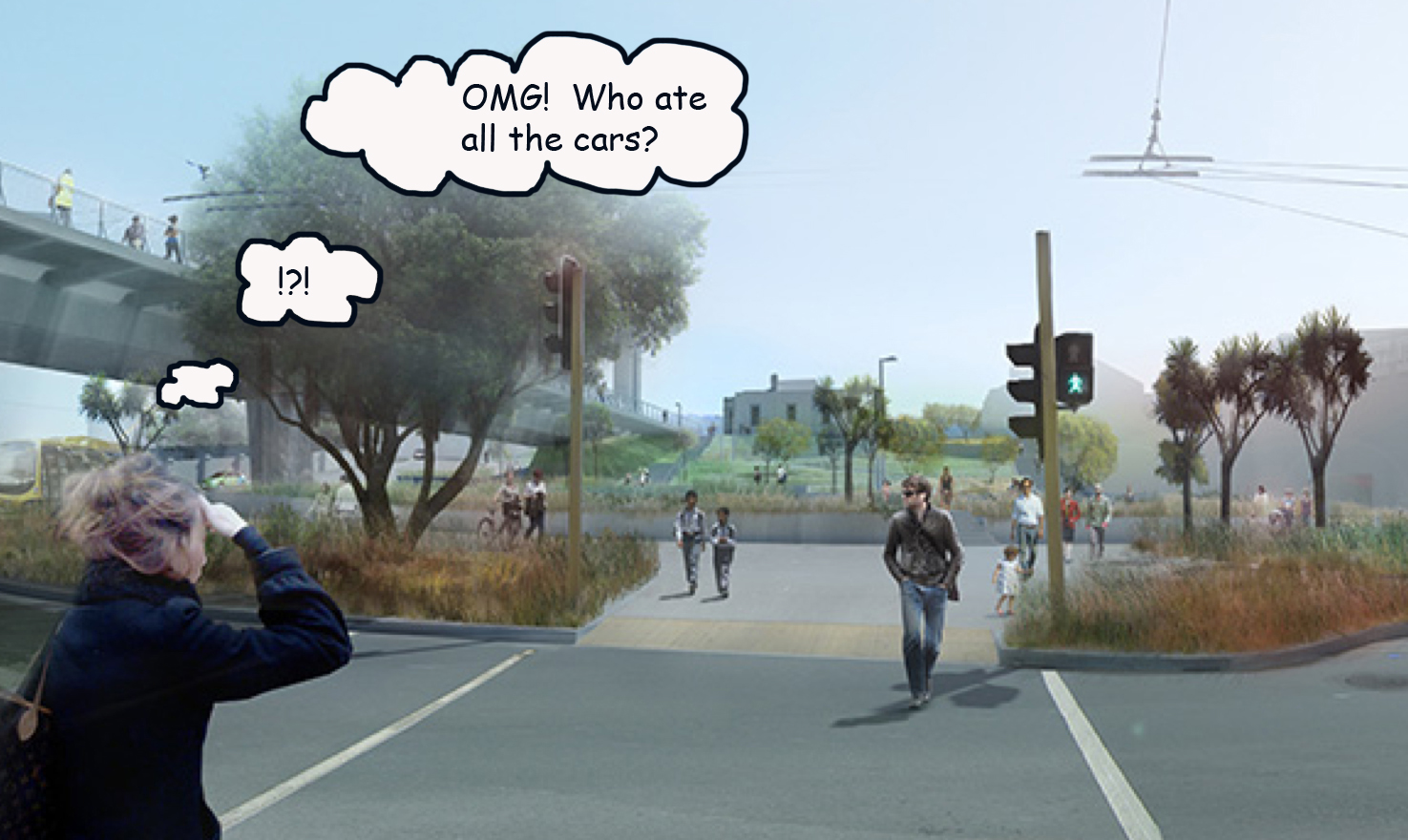 Well, not much of a surprise at all. We could see that one coming like a freight train across the Nullarbor. Option A, aka a flyover motorway bridge closest to the Basin Reserve, has been chosen as the preferred option by the NZTA, ignoring the daring alternatives of Option B (similar to A, but in an alternative “silly” position), and the myriad of other options considered, such as…. Oops, no, sorry, no other options were considered. Certainly not the request by WCC to have a tunnel rather than a bridge.

Actually, the Council request for traffic in a tunnel all the way across the front of the Basin was rather impractical, and I don’t blame the NZTA for ignoring that request. As a political standpoint it made perfect sense, but as a realistic engineering exercise, it was a non-starter.

Has anything changed on the Option A bridge now it has been unveiled at last? Well, a clip-on pedestrian walkway has been incorporated to the north of the flyover, but disappointingly little else. The cost has gone up, of course. There is still no sign of the proposed grandstand. There is no sign of proposed mediation. No sign of urban design improvements. No greening of the bridge. No inhabitation on the bridge, turning it into a living part of the city. No building under the bridge. No incorporating it into the urban fabric. Has NZTA learnt nothing from this exercise?

You want Flys with that?