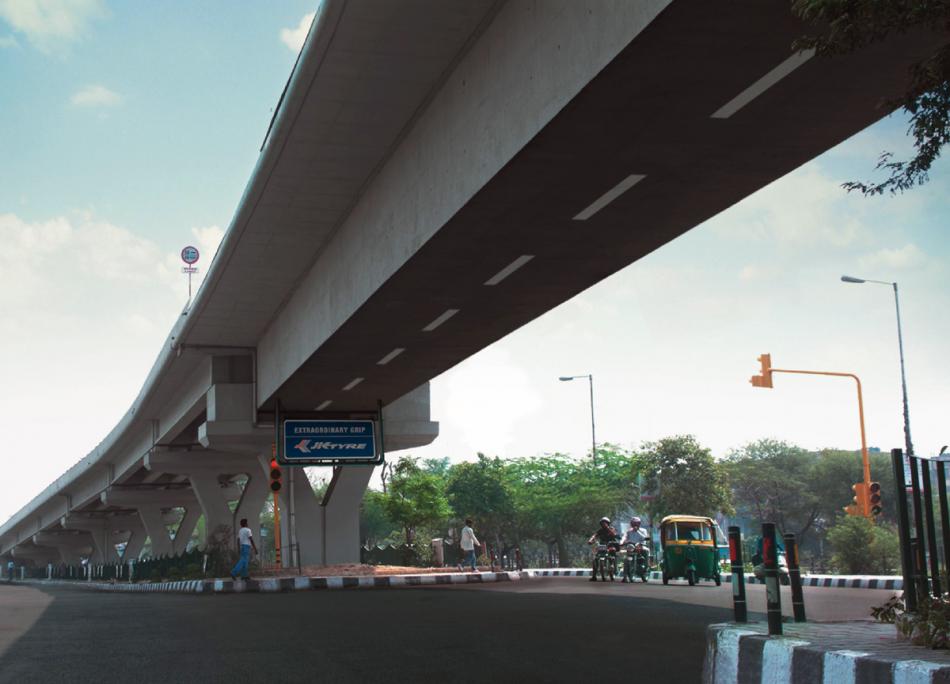 You want Flys with that?

On the one hand Brownlee giveth: on the other hand he taketh away. Last week Wellington had the unexpected pleasure of finding that Memorial Park was to be saved from the knackers yard and the motorway was put underground (in a trench). This week we are about to wake up and find out that the other half of the bargain is that Basin Reserve continues to be stuffed with an aerial anaconda of acrobatic autostrada, aka a Flyover. I’m picking that they will pick Option A.

Parliament meets today – my guess is that it will be announced tomorrow. The government department in charge, NZTA, must be smarting over the backdown they have had to endure – who knows, perhaps they are overjoyed – by changing their idealogical stance that Memorial Park should be put smashing through at ground level, and now saying that it should be trenched below the surface at a cost of “$75 – 100 million”. This is to ensure that:

A – traffic can keep flowing under the Park during those two days a year that the State Highway is currently stopped to allow ANZAC type services to take place,

B – proper respect is given to those who have paid the “ultimate sacrifice” (also known as slaughtered and left to die in a foreign land due to officer incompetence and army intransigence).

It may also have something to do with the fact that:

C – NZTA screwed up, and having traffic stuck on a tunnel / aerial flyover for 3 hours, with no option of getting off or backing up, but instead being diverted probably back in Kilbirnie…. let’s not go there. Happiness and joyfulness all around, and Athfields / Wraights can get on with designing the park that they always should have done.

Of course there is the question of alternatives to Options A or B, which it seems that the NZTA refused to even think about. Despite a pretty hefty anti-flyover campaign by the Mt Vic Residents Association, Mt Cook Mobilised, Newtown Residents Association, and of course the grand-daddy of them all, the only ones who sat down and figured out an alternative: Architectural Centre, it seems that Option X was going nowhere once the DomPost shot it down.

It’s curious that Arch Centre hasn’t been more up in arms about this: the Dom published low end cost estimates for Options A and B, which didn’t include contingencies or all the extras, nor did they include costs for Memorial Park. When it came to publishing the cost of Option X, the Dom posted a figure which included the full top end contingency, included all the extra options, and included a trenched tunnel cost for the Memorial Park. Option A “could be built for” $95m, while Option X “could be as much as $165 million”.

It will be interesting if they pick up on the fact that now Option A PLUS Memorial Park trenching could equal $195 million, while Option X would still have an upper cost of $165 million – and already includes that trenching of the park in its calcs. The lower end cost of X must be – i dunno, haven’t done the maths, but was it something like $135 million? Take $100m for the trench off that, and suddenly Option X is looking like the cheapest option on the table. Do they dare to make that official government policy?

But that would take another face-saving exercise for the government. Given that they have screwed up the Asset-Sales, and the Kapiti Highway, and back-tracked on the Memorial Park, it is pretty doubtful that they are going to back track on this one as well.