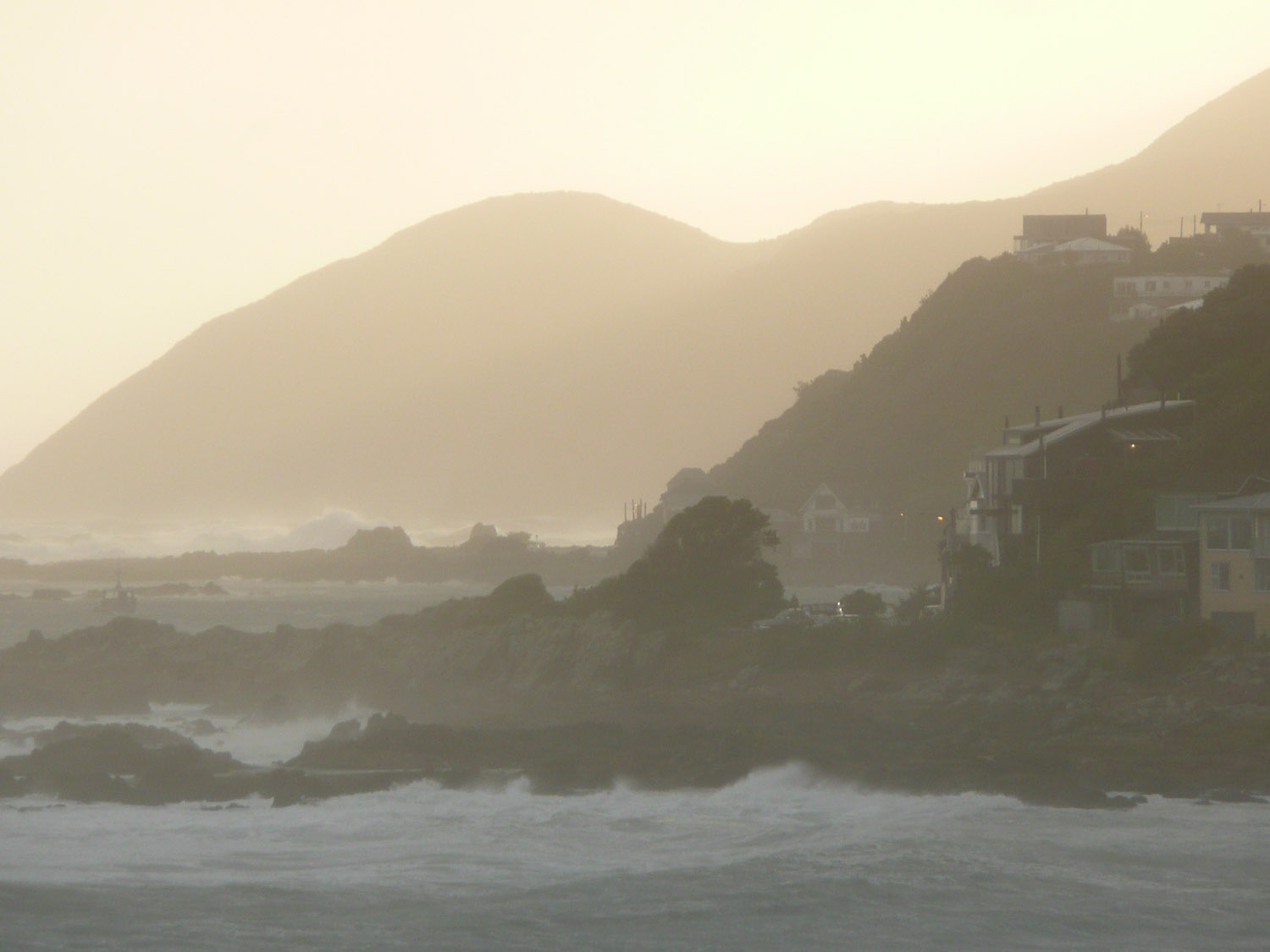 In a week like this, with memorials of the Japanese quake and tsunami, it’s interesting to see how they are coping – better than us Kiwis it seems. They seem to be able to move on from the past better than we can – despite the much older average age of the Japanese compared to us. Perhaps it is something to do with the Shinto religion as compared to the lapsed Christian / apathetic agnostic we seem to have lapsed into.

So: let’s get a bit more cheerful and remind ourselves of the reasons why we love to live in Wellington. Yes, I know, we sit on top of a delicately poised earthquake fault line that will destroy every link of Wellington to its past, and yes, I know, we live in a city where the wind blows 90% of the time. But heck, we live in one of the most stunningly alive cities in the world – absolutely magic!

Two weekends ago, we had a wee storm – the one where they cancelled all the ferry sailings for the day in case we had another Wahine – so I went out and braved the front hitting the south coast, as you do, and captured some pics. It literally blew me away. Yep, almost physically tore the camera out of my hands and almost knocked me flat onto my dorsal fin – but I’m too strong a fish to be overbalanced by a bit of wind, so I just snapped away.

Yes, the waves were being whipped up into a frenzy – but then, just a few days later, “Numpty is away again” captures a cracker like this – absolutely gorgeous !

It’s hard to get any sense of the fierceness of the wind, except perhaps by comparison with the other photo above. Physically, the wind was stripping the froth off the salty tips of waves, and blasting salt water vertically UP the nearby cliffs at breakneck speed – reminds me that in Wellington, water doesn’t just go down hill, but sometimes flows up hill too! See, I told you we are a magic city!

There are a couple of buildings along that coast that I’ve loved for their silliness since the day I clapped eyes on them – I have no idea who designed them – if you know, please write in and tell us – but they are superb nonetheless.

In the mean time, we can just worship the power of the sea.