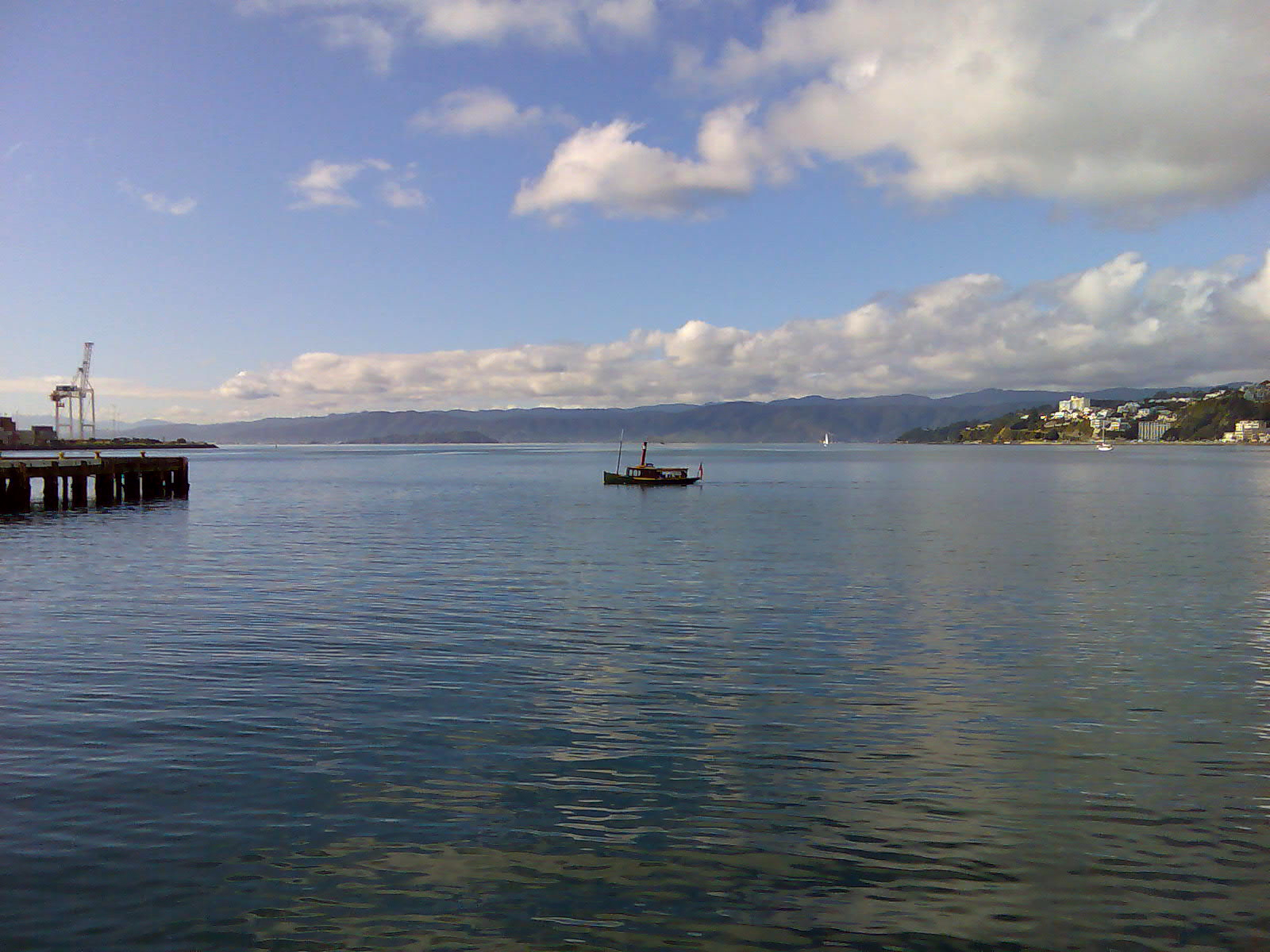 That’s an image I took a couple of years ago of a lovely little steam-powered vessel in the harbour whose name I can’t quite remember – not the Rena, I’m pretty sure, but something like that. Quite the cutest little thing I’ve ever seen, not counting this little fella of course:

I think that perhaps some people forget what the waterfront is really like. Quite apart from the issue that if you’re driving along the waterfront, you shouldn’t be idly staring out at the view (for that way do accidents cometh), the logical answer is that to look at the view, you need to walk next to the water. But this view, this much vaunted view shown here (again, a couple of years ago), even this view here is gone – it’s now hidden behind a matrix of campervans. We can still see the sky today, but not much of the water.

There’s a big old ugly shed in the viewshaft, a big old ugly Te Papa on the other side of the harbour, and not much more than tiny glimpses of Mt Victoria and St Gerard’s monastery, which, let’s face it, is one of the key things that you want to see. Can you actually see the water? Hmmmm, yeah, naah. Not really much at all.

So: if you’re going to be walking, jogging, cycling, skateboarding, or otherwise pootling along the waterfront, looking at the view, you’d want to be doing that right next to the much vaunted water’s edge, wouldn’t you? That’s where the real fun begins.

It’s the proximity to the water that matters, isn’t it? That’s what we really want along the waterfront, surely? Isn’t that what we’re discussing?