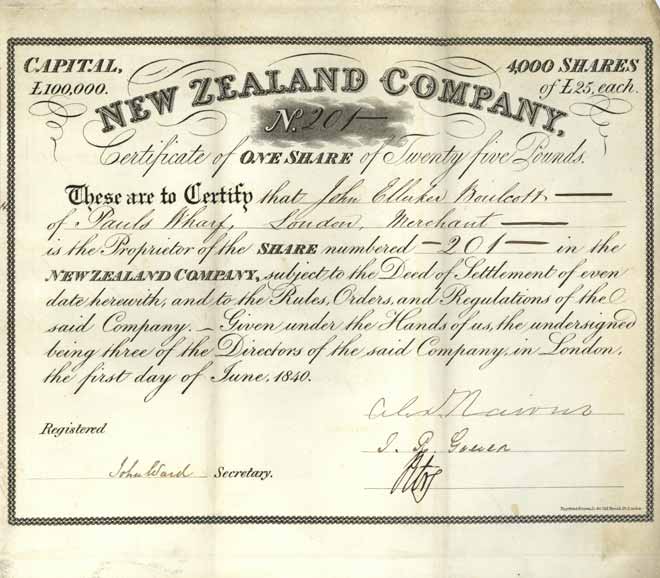 The Hutt is an extraordinary place when you think about it. An alien settlement on a far corner of the earth. Started by Colonel Edward Gibbon Wakefield, a chap not entirely free from avarice, under the guise of the New Zealand Company. A grand idea for settlement when you think about it, pushing the British Government’s hand into doing something it did not plan to do. Without any real idea of what lay ahead, the New Zealand Company “proceeded at once to offer for sale by lottery in England, the right of selection amongst the lands thus anticipated to be acquired by them; and though the country was at that time almost a byword for barbarism – without law or government – and inhabited by a wild and warlike native race; and although officially warned that their proceedings could not be sanctioned by Parliament, the New Zealand Company found purchasers in England to the amount of more than Â£100,000. Without waiting to hear what locality’s ad been procured by their agent for the site of a settlement, or whether, indeed, he had succeeded in making the purchase of a single acre of land, it sent out several ships filled with emigrants to be located on that spot, wherever it might be, which on their arrival in the country, they might find to have been procured for that purpose.” (Swainson, New Zealand, p74).

When the New Zealand Company sailed into the grand harbour of the Eye of the Fish of Maui, the ship was the Tory, the captain was Mr Chaffers (previously of the Beagle – that’s how close we are to Darwin). The pilot for the entry into the channel, was good old Dicky Barrett – a whaler – and on 20th September 1839, they sailed in to Pito-one, or End of the Sand, accompanied by two local rangatira, Te Puni and Wharepouri. These names echo through our history.

Time moved quickly on. More ships arrived – the Aurora, the Oriental, the Duke of Roxburgh, and the Bengal Merchant. A town – a fledgling city – was built, and christened Britannia, well underway by January 1840. But on the 2nd March 1840, just before the arrival of the Cuba, the Hutt River started to overflow its banks, a premonition of events to come. The Adelaide docked soon after, full of more settlers, and then the Glenbervie. Native eyes were getting wider and wider, as this never ending flood of white folk arrived, ready to live a new life: but this was only just the beginning. Houses arrived, pre-built, as reported by Samuel Revans in August 1840:
“Our own wooden house is landing, but we are storing it away until we get the town acre. We have got a small native house called a ‘warree.'”

On the night of 25 May 1840, the Cornish Row cottages burnt down, followed shortly after by an earthquake, and then the river overflowed again. By August / September, the settlers had abandoned the Hutt, and moved to Thorndon, shipping off tents and buildings to the new site with the firmer soil foundations. If only they knew…