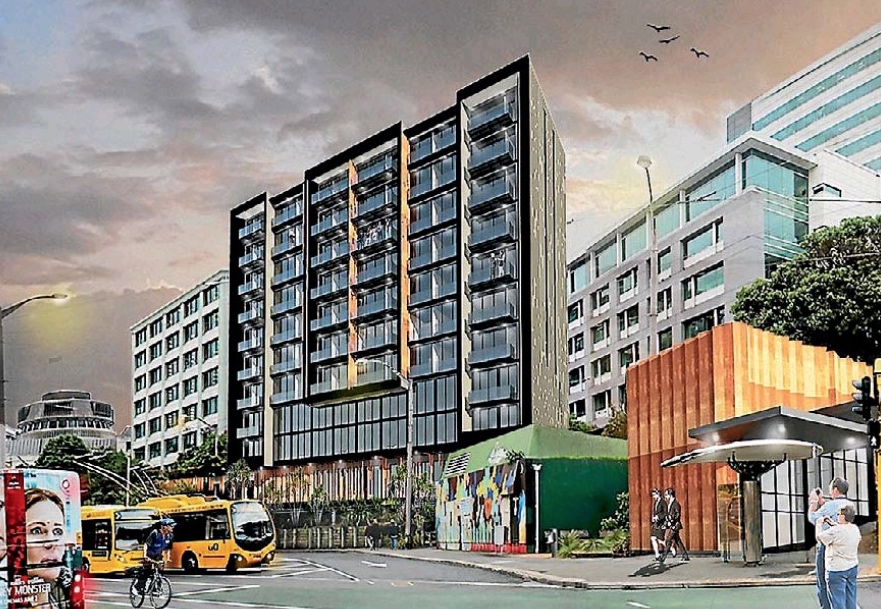 What’s happening Wellington? From being a dead city that no one knows what to do with (thanks honky johnkey), Wellington now seems to be the place-de-jour for hotels. Castles has got one going opposite Davy Jones (very clever placement there Alex!), there is a proposal for one on the site next to the Michael Fowler Centre (are you not forgetting the giant underground tank for holding stormwater / sewerage that is under there?), one at the airport (now underway?) and now, today, there is another proposal for a new hotel on the Tenths Trust land down by the Bus Station – about which I know nothing. The previous scheme (which caused the rather public undoing of the Love and the Skiffington) was by Athfield Architects (I think? correct me if I’m wrong), but is this one by them or by someone else? It is in the DomPost today, but not on Stuff website, so I can’t direct you to more news about it, but here is a picture:

But who can tell us more about this scheme? Is it still an Ath? or is it some one else? And are there any plans to peruse? The article in the DomPost says it will be a mixture of apartments and hotels rooms, and perhaps one becomes the other, but what I am most concerned about is: how does it impact on the road, and the links to and from the stations, with bus and train? What is the interface like? Tell me more!