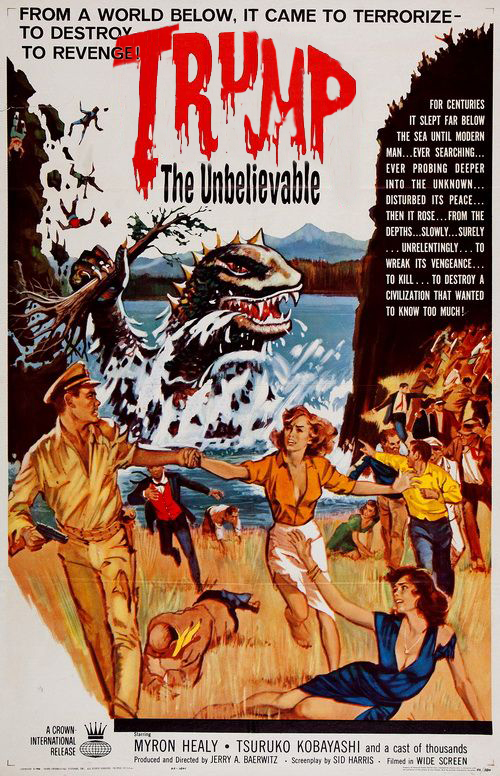 With the only topic trending right now being the anointing by the masses of Mr Trumplestiltskin to the position of President-Elect, it seems churlish to talk about matters such as Urban Design or Wellington architectural experimentation. There’s little connecting the two – except for the architectural specifications for a wall between Mexico and the US of 3,145 km…. runs through four US states (Texas, New Mexico, Arizona, and California), several Mexican states (Baja, Chihuahua, Sondra, Coahuila, Tamaulipas and possibly Nuevo Leon), and most of which is a fairly large river, el Rio Grande (well, I’m guessing it is big from its name…). Probably at least 1500km of that wall is the present site of the river… and so, Don, do you plan to put a wall down the middle? The Mexican side? The US side? How is all that going to work then, eh? What about migrating animals that cross the river? Fish that swim it? Hydro Electric stations along it? Have you actually thought about it yet? No, I didn’t think so.

Luckily, other people are there to do that job – of actually thinking – and here’s a good article where I borrowed some pictures from. Thanks!

Prime amongst them are Mexican architects studio 3.14 who have come up with these stunning images in an article in Business world:

And here’s a close-up of it:

It is paying tribute in a big way back to the Mexican master of boldly coloured architecture, Luis Baragon:

He was pretty good at bold statements and hot splashes of colour. Not bad as an architect either…
But back to this bloke, who has stolen the internet:

And that’s the bit that worries me most. There’s no doubt (to me) that Trumpeter is a fascist, an egotist, a narcissist and a polycyst. He’s like a boil that gets under your skin, and you just know that one day it is going to fill with pus and explode, leaving an unsightly crater on your face / your arse / wherever you have the misfortune to grow one.
But he will have handlers galore, who will be actually running the show, and making policy, and ameliorating the offended and the brutalised.

What worries me more is the white trash he has bought with him, the baby fascists, the rednecks, the baseball-cap-wearing doofus, the embryonic blackshirts. Hitler started out in 1933 being thought of as an entertaining alternative to the established political orthodoxy, popular amongst the working class who were sick of being lorded over by politicians and intellectuals.

Ugliness writ large. Poor deluded fools. Personally, I’m afraid. Not for me, as a white middle-class male in a far-away land, but I’m worried for the people of America who perhaps don’t have a white skin, or don’t have regulation Christian values. The gays, the Arabs, the people of colour, people of intellect. Trumpa-oompa-loompa is the Pol Pot of our times – or has the capacity to be so.