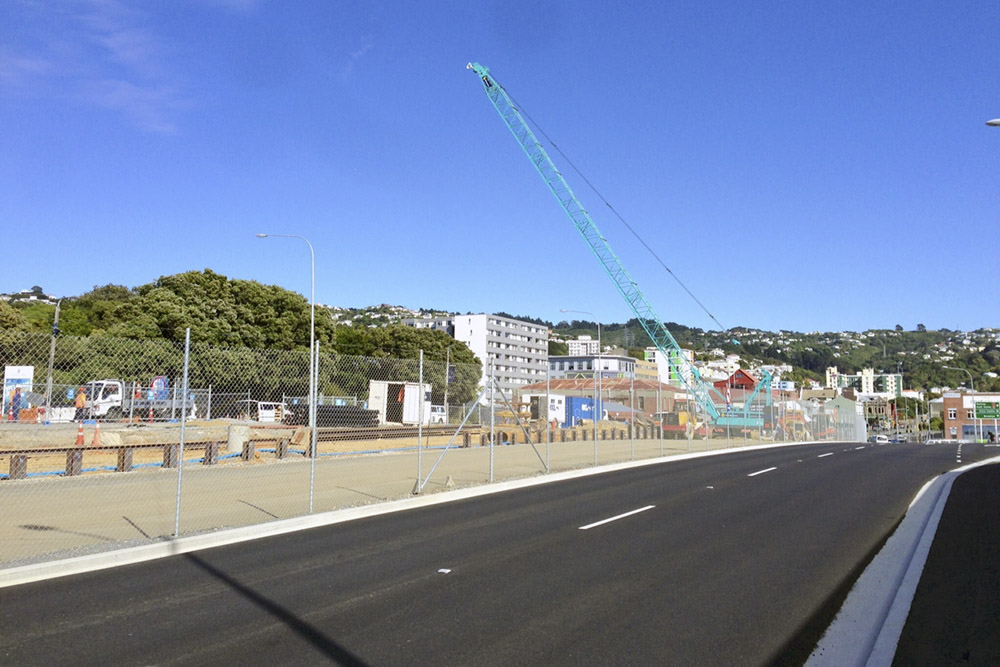 Later today the Council will vote on their support of the flyover. Related to this, an interesting tidbit came out yesterday and almost slipped me by: “Steps to move state highway traffic off Vivian St are among measures needed to ease the impact of a Basin Reserve flyover, Wellington City Council says.”

Holy-moly. That’s new. Up until now some Councilors have been willing to admit privately that the way the Ngauranga to Airport “strategy” completely ignores Vivien Street is absurd. But the Council in an official capacity has, as far as I know, never said anything to this effect before.

Where did this come from? Who said it? Is this part of official policy now? What do they mean? So great news, the Council is finally talking about the Vivien St traffic sewer. Hopefully they keep this up and start to form some real strategy around it.

But then look at this gem from NZTA state highways manager Rod James: “The future of Vivian St is part of a wider discussion about Wellington city’s long-term transport planning requirements.”

This annoyance-generating statement is well beyond palm-to-the-forehead levels. Did we not go through this whole process of developing a long term “strategy” for Wellington’s transport planning requirements, and completely ignore this issue despite all reasonable folks out there putting their palms up and saying, “WTF – hello, Vivien St, please? Somebody?” (Some of the difficulties of this are discussed in this previous post.) To my mind this is basically an admission that N2A is a lemon.

It’s time to throw the Nguaranga to Airport “strategy” out – and start afresh. It is a mushy waste of paper that proposes dead end ad-hoc “improvements”. But I guess that’s highly unlikely, politicians being politicians and all. (Unless they can somehow point the finger at someone else and pretend they never had anything to do with it in the first place.)

The NZTA it seems wants assurance from the Council that it will not oppose the flyover. It’s not seeking support. But in this situation, not opposing it is obviously implicit support, so the Council can’t have it both ways. On the other hand there is a point where you have to wonder what the compromise should be. You’ve a raving mad minister who wants to pave the world and he has a good chance of getting his way.

I was at the initial public meeting establishing the Save the Basin campaign (I’m lurking everywhere) and there was a point where they were setting their position. They had the option to be staunch, non-negotiable, or to be open to the possibility of a flyover under some circumstances. Naturally all but one person voted to be non-negotiable. The immediate effect of which of course is to remove your group from the negotiation. But the Council is in a slightly different position, it can’t simply not negotiate.

When you ask some people about the matter, they say they could never compromise, never support it. But this clearly isn’t rational. Imagine a compromise where the NZTA said they would build Light Rail to Miramar first, then after that would build a flyover. But you had to accept the flyover. Would you really not take this deal? You’d be insane not to. But of course that’s an extreme example, intended to show that in fact compromise should never be ruled out.

We have had decades of dealing with the subject of SH1 in Wellington. It’s a blighted scar around Te Aro’s southern edge, and a sewer of pollution and congestion right through its center. Regardless of whether you’re pro-car, neutral-car, or anti-car, there needs to be a long term plan for fixing those problems. A plan that doesn’t revolve around weak ideas about building corner parks beside stinking traffic sewers, and then putting your palms up and wondering, “Oh really, didn’t work huh? Still not a pleasant place?”

We need to put it to bed. The WCC must exercise reason. The N2A plan as it stands today is garbage, and it’s producing a garbage result for our city. Time for the WCC to form an official policy that SH1 must be removed from the surface of our small city. Then all future planning about improvements must align to that eventual aim.

I would be really pleased if that was something that came out of today’s meeting. On top of that, coming back to the compromise thing, if you’re a compromising Councilor who is thinking of supporting the flyover, here’s two things that would be great to secure for Wellington: 1) NZTA will purchase the land currently vacant on Adelaide Road to secure it for future widening necessary to permit Light Rail and bike ways and street beautification, 2) NZTA will extend Abel Smith Street to improve local movement within the city, and greatly improve resiliency of the street network.

Note: Picture is of the giant crane on the current work going for the Memorial Park underpass (it’s so short, it doesn’t warrant the definition tunnel). It turns out that all the iron I-beams they’ve driven into the ground are not part of the tunnel construction. They’re actually just to form a retaining wall for another road that has been built alongside the path of the tunnel. This dirt road seen on the inside of the fence is for the giant cranes to run backwards and forwards on while they dig out the ground on the other side of the I-beams and presumably lower in big bits of concrete sections to form the tunnel. Then when it’s finished the I-beams and the _two_ temporary roads are removed. Cool stuff.