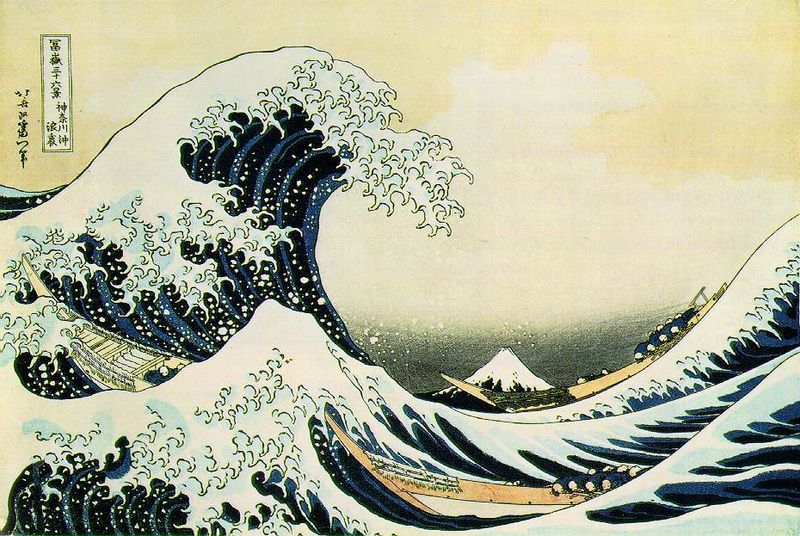 One side of the Pacific plate: horrificly large earthquake. Hundreds dead, thousands homeless, yet again buildings destroyed. We’re lucky it wasn’t us.

On the other side of the plate sits New Zealand. And, let’s be honest, a pitifully small tsunami – yes, we’re extremely happy not to have been swept away by the waves, but really, truthfully and honestly: Civil Defense grossly over-reacted, didn’t it?

While on the one hand it’s a great opportunity for the people in yellow hi-vis jackets to fly around in a helicopter, telling people to stay off the beaches and putting tourist cruise liners out to sea, I have this sneaking suspicion that every time Civil Defense do this to such a degree, we’re all going to get a lot more complacent. With Wellington having suffered the ignomy of a 10cm high ‘storm surge’ that barely stirred up the sediment on the sea bed, to me the only decent response seems to have been to have gone surfing (yes, the water was lovely, thank you for asking). It seems that someone needs to brush up on their Physics 101, where amplitude is going to be reduced at a proportional distance from the epi-centre as energy dissipates (well, yes, that someone brushing up could well be me, feel free to correct me if I’ve got it wrong). The question has to be asked – are we taking this Tsunami stuff too seriously?

But what if the tables are turned? There’s some apparent evidence (and completely logical too) that events on one side of the Pacific plate are followed by reactions on the other extremity. Wellington is – vastly – overdue for a massive earthquake of similar proportions, and if it occurs here we had really better be ready. And Chile can get our backwash instead. And here, we seem to be very slowly, extremely slowly, looking at how many of our buildings we should knock down before they fall down.

Ok, so this small brick shed, of unknown parentage, lonely in the central city, may be nothing much, but are we acting fast enough? The notice stuck to the window says that the owners have until 2024 to either strengthen or demolish it. 2024? 2024 !!! Doesn’t really seem fast enough to me… The question has to be asked – are we taking this Earthquake stuff seriously enough?