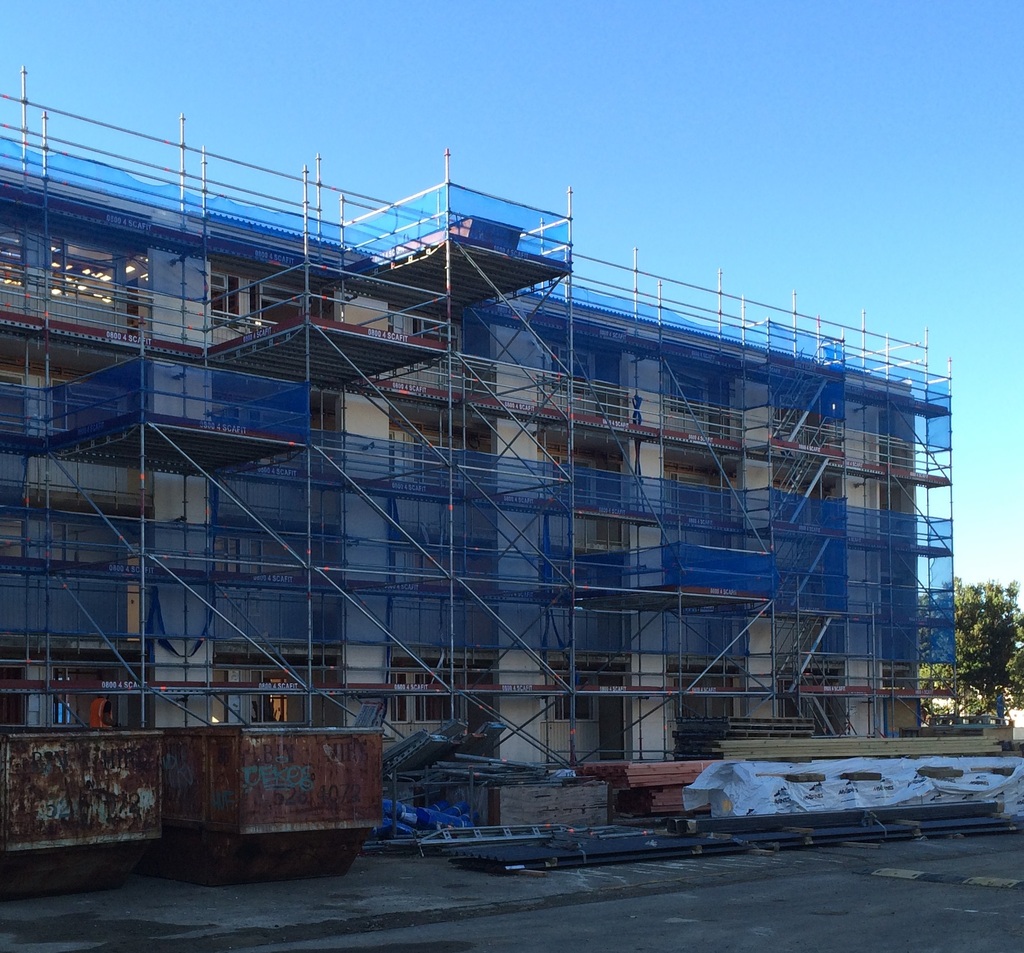 The announcement that the Council (WCC) is looking at getting developers to take city office blocks and convert them to housing is a big game-changer. It is a sign of an increasingly heated property market and an increasingly frustrated Council, seeing as the Special Housing Areas set up by the Government have not really had any effect so far. It’s always hard to get new buildings on the scene, even when you waive all the obstacles as they promise to do under the SHA schemes. Presumably, Council believes it is easier to convert existing office buildings to residential with a lot less hassle, and the Council wants to be landlord.

They may be right – they may be crazy. But it just may be the lunatic they’re looking for, as Billy Joel would say. Wellington does have quite a few empty office blocks at present – mostly C Grade blocks waiting for seismic upgrades. The A grade offices are, hopefully, all bursting at the seams. So too are the B grade offices, of which we probably don’t have a surplus at present. According to the Dompost article yesterday, “Property investor Alex Cassels, â€‹ who is currently converting the Sharp building in Taranaki St into 42 apartments, said he would be interested if the right opportunity presented itself.” I didn’t know that it was being converted. Sharp themselves I think are still on the ground floor, but the office tenants in the floors above have presumably got fed up with the building being hit (and slightly damaged) in each of the last two big quake sessions (Seddon and Kaikoura). Nothing to worry about really, except for a few tiles popping off the columns as the building flexed, but it was enough to scare off the tenants upstairs I presume.

Converted office buildings can be great for residential, and they can be awful as well. Some buildings have great bones to convert from, others must be exceptionally awkward. A lot will depend on the column spacing and the proportion of the floor space available – deep office floors are terrible for converting to residential as it leaves apartments without access to daylight, and openings in the facade, so frowned upon with commercial offices, are so crucial with residential. Windows need to be made opening. Balconies are desired (and should be mandatory for residential). Inter floor acoustics are vitally important, inter-apartment acoustics even more so. Fire and safety and access for the disabled are hugely important factors that need to be addressed. There is a lot to be done.

While Council says it will be a “one stop shop” for this, I know that the process is not quite as easy as it sounds. For a start, the Council’s notoriously savage traffic department will need to be kept on a leash, as those boys can sink (and have sunk in the past) a scheme quicker than you can say “loading bay” or “parking provision”. In theory there will always already be a loading bay on any existing office scheme, and in theory no one in the inner city ever needs a car, but I think we all know that in practice these things may not be quite true. The official loading bay where I live has never once been used for loading in the lifetime of the building, and the unofficial stop where people load and unload is just outside the front door: frowned on by Traffic, but happily used without any traffic effects whatsoever for several years.

Parking is the real killer – I quite agree that most people don’t need a car when living in the city, as they can walk everywhere or catch a bus or cab or increasingly, Uber; but there will always be some people who do need a car, and where they park is a bit of a quandary. The answer used to be: car parking buildings, but that answer is a little too glib as nowadays we have a lot less. One whole car parking building has disappeared off the face of the planet (and not a tear was shed), but others are still closed after the Kaikoura quake (we need to talk about Marion!) and yet somehow the city still functions (but only just?).

The most important thing though, is quality of design, and I didn’t hear any talk of that from Council Housing Portfolio leader Paul Eagle. Putting it bluntly – if you build shitty apartments and treat people like cattle, we get an awful city as a result. The new build apartment block Soho on Taranaki is one of those examples. Yes, I know it is a new project and not a refurb, but it is an awful blot on the landscape and not only because of its size and height and appearance, but also because of its management. The stories I hear coming from there are terrible. Sky-high rents. Suicidal tenants. Bad acoustics. Over-crowded tenancies. Charging for water. Inadequate everything. Awful design.

I agree that we need to act and this is a potentially great move – a real game changer indeed. But it does need to be done carefully, so as to avoid making new slums for the future.