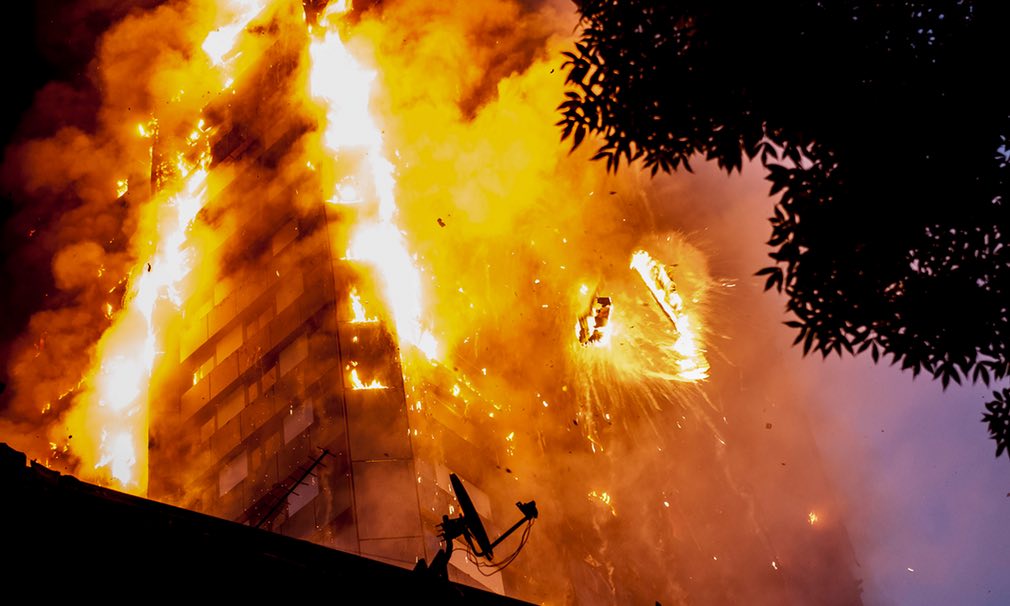 Is there anything more scary than the sight of a tall building on fire? Grenfell Tower in West London was in flames all Wednesday, burning through the night like a giant torch – this is a major, major incident. Apart from the loss of life (at the moment only reporting 6 dead, but surely set to rise considerably), my guess is that this will also have effect on the building industry over there, and eventually over here too.

I don’t know about you, but some questions spring to mind pretty quickly: was the building sprinklered? If not, why not? Were there two exit stairs? Were they in fire-proof shafts? Was the alarm working? Why didn’t the building evacuate in under 4 minutes like they are meant to? Was someone working on the building who may have blocked off access to or from the stairs?

More importantly for the building industry – the tower block had just finished a 10 million pound refurbishment which included new external insulation and aluminium cladding. Off the top of my head, and without knowing anything at all about the product, I’d have to say that something about that particular insulation is very, very wrong, and it should be pulled from the market immediately. Seems clear it was one of the main means of fires leaping from floor to floor – they’ve had problems like this before – a building (or two) in Dubai also burst into flames a few years ago, on New Years eve. Not occupied, but still, the entire building was cooked. Insulation needs to be inert, not to exacerbate a fire situation.

This story will haunt the British building industry for years to come. Remember Ronan Point? This is the Ronan Point for our age.