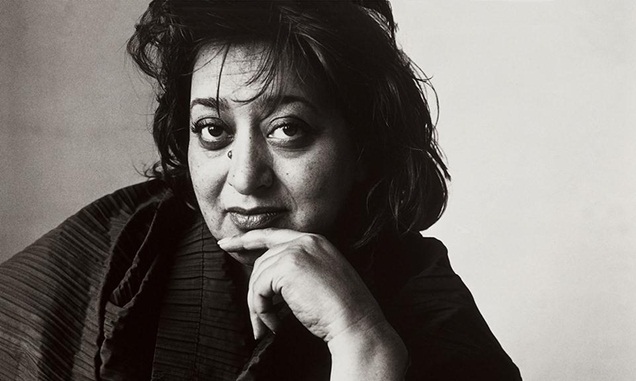 It is April 1st, still, and yet this is not an April Fool joke – sadly, tragically, one of the world’s most influential architects, Zaha Hadid, has died at age 65. And yes, she was also a woman. She was also British, phlegmatic, born in Iraq, educated at the AA in London, and reputedly an absolute tyrant to work for, but she was, undoubtedly, a most brilliant architect. And now she has gone. Sixty-five is too young – I had hoped that we would have many more years of her architectural gymnastics to enjoy.

The local press of course hasn’t picked up on it yet, while of course it is all over Facebook etc – but the Guardian newspaper has a good, short article here, where columnist Oliver Wainwright calls her the “unparalleled queen of the curve and conjuror of sinuous, billowing forms”. Other writers have penned a longer obituary which you can find here, which tells us that she died of a heart attack in a Miami hospital, following a bout of bronchitis.

I’ll leave it to Peter Cook, her mentor at the AA, :
â€œIn our current culture of ticking every box, surely Zaha Hadid succeeds, since, to quote the royal gold medal criteria, she is someone who â€˜has made a significant contribution to the theory or practice of architecture â€¦ for a substantial body of work rather than for work which is currently fashionableâ€™.

â€œFor three decades now she has ventured where few would dare â€¦ Such self confidence is easily accepted in film-makers and football managers, but causes some architects to feel uncomfortable. Maybe theyâ€™re secretly jealous of her unquestionable talent. Letâ€™s face it, we might have awarded the medal to a worthy comfortable character. We didnâ€™t. We awarded it to Zaha: larger than life, bold as brass and certainly on the case.â€

Actually, it definitely seems more fitting that Zaha herself has the last word, from her occasion just a month or so ago, when she got the RIBA Gold Medal: