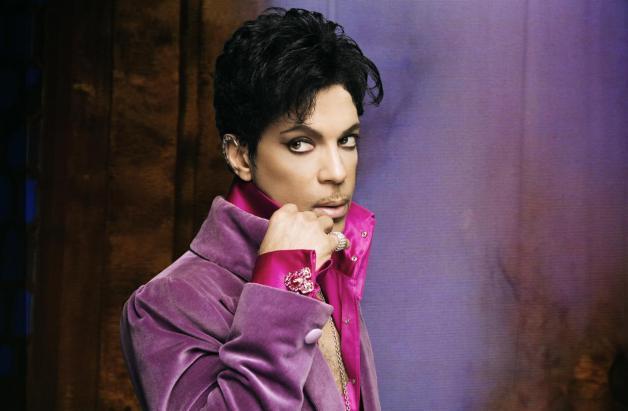 Prince Rogers Nelson, androgynous funkster, talented musician, sexy motherfucka, and the soundtrack to my life, has died, aged only 57. We all thought it was bad enough to have Bowie and Rickman pass away so early at 67, just a month or two back, but for Prince to pass on to the afterlife a whole decade earlier than that, is just a truly tragic shame.

He was a prolifically talented man, obsessed with music and seemingly obsessed with sex, although arguably to him these two things were totally entwined. Prince was Sex on legs, in male form, but perfectly happy to be in touch with his feminine side too. He was tiny, and yet a ball of energy that could put even Mick Jagger to shame. A wispy moustache curled snarling on his upper lip, a guitar permanently in his hands, lace ruffs at his collar and luxuriously improbable materials to his every outfit, Prince (to me) represented the 80s and the 90s down to a T.

Back in the 80s, our Park Road flat danced, impromptu, to Prince, who graced the living room in the form of a cardboard poster of Prince astride a purple motorbike, courtesy of some late night boosting from a movie theatre screening Purple Rain. Prince WAS the 80s – bursting onto the scene in a prodigious manner during Karen Hay’s Radio With Pictures, and wowing the world with his first album, where he apparently played every instrument on every track, as well as singing deep low bellows and perfectly falsetto high notes all in the same line. He confused the heck out of bogans who preferred their music to be sung in black t-shirts by men who screamed a lot, and frightened their sexuality by straddling the music of black and white, of girls and boys, and of sexpots and virgins. Prince lured them all.

Prince was also my soundtrack to the 90s. I was lucky enough to see Prince sing live 4 times, all in London. Not for me the recent Auckland concert, where he sang alone? on stage, which sounds intimate, but probably wasn’t. No, I endured the stadium rocking of Wembley, with all its bad cacophony of sound, the spaciousness of Earls Court, luxurious by comparison, and sadly missed out on the 42 nights he played in succession at the O2 – the Dome. But every night, each time he played a gig, he would also play an after party, where he would come to a local club, about midnight, and play on till about 3am. One time, I got handed a flier to his after party gig, which was playing just down the street from me – but ignored it, thinking it was a hoax. It wasn’t – but 200 lucky people had an audience with Prince that night. Then he would go back to the hotel and play some more.

Paisley Park, his recording studio in Minneapolis, holds his secrets, which I am sure we will see come out one day, and flood the world with what is surely a massive back catalogue of further tunes. I only own 13 Prince albums. I’m sure there will be more now, on the pipeline. Prince will live on, in music, in a way that architects can only dream of in their buildings.

The Cetacean lives on