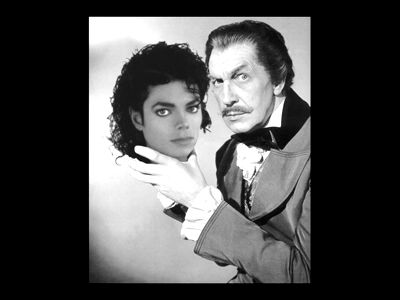 So, Michael Jackson had it right after all. Long, long ago, a long long time before he magically changed from a black man into a white woman, he penned some words and danced some moves that sum up the New Zealand electoral scene quite nicely thank you:

and the refrain from Vincent / Winston:
“Darkness falls across the land
The midnight hour is close at hand
Creatures crawl in search of blood
To terrorize y’alls neighborhood
And whosoever shall be found
Without the soul for getting down
Must stand and face the hounds of hell
And rot inside a corpse’s shell “

Is it just me or does anyone else think that Winston sounds like Vincent Price? And, evidently, has a similar scary effect on old ladies?

Here’s the real question though, on privatization. Certain politicians keep crowing that our economy is different from the basket-case economies of Greece, Ireland, Iceland et al, only by virtue that our Debt is privately accumulated, not Public government debt. That’s apparently all the credit-card debt, store card debt, and housing mortgage debt that “we all” have been running up for the last decade or two. How then, I ask you, are those same cash-strapped people going to have the money to buy shares in mega-big projects like power stations and airlines, and not increase our net indebtedness even further?

The idea is clearly in fruit-loop loony land. How many of Key’s much talked about “Mums and Dads” investors are going to have the money sitting around for state asset sales / purchases? Are we really expected to put another $10k on the mortgage just to own a piece of Mighty River Power? There are some who will have the available readies, but in most cases it is clearly going to be our large corporations who will have enough money to buy these shares. And with what funds, you may ask? Well, most likely with foreign owned debt. The end result, and the net effect, is that the shares will be purchased with money that is not ours, and will most likely go to offshore owners.