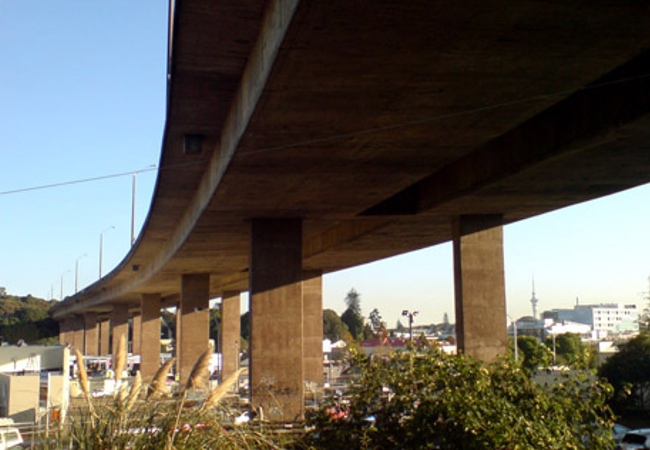 You’ll all be aware of the work that the government department Waka Kotahi is about to undertake, but in case you aren’t, then here is a helpful update from them*. The Wellington Regional Office is going to go live with their proposals on Saturday 2nd July, no doubt with a big splash in the papers and they’re even doing a postal drop too, apparently, to every household in Wellington. Regional Director Central Jenny Chetwynd says “this will be the first time the full set of proposals has been presented together as an integrated package,” and they will ask Wellingtonians for their views on the proposals over the course of an eight week public engagement period. So: make sure your views are heard loud and clear.

â€œThese improvements will help to relieve congestion, free up key suburban roads to enable public transport to operate more efficiently, and provide a safe and dedicated pathway for pedestrians and cyclists all the way from Cobham Drive to Karo Drive,â€ says Ms Chetwynd, who adds that the “proposals will enable multi-modal transport solutions to be implemented between the CBD and the eastern suburbs. Proposals will include options for improvements to the road network around the Basin Reserve, the duplication of the Mount Victoria Tunnel, the widening of Ruahine Street and Wellington Road, and a 2.5km pedestrian and cycle facility.”

â€œWeâ€™re confident that people will see that weâ€™re taking a balanced and multi-modal approach that seeks to provide an effective transport solution for Wellingtonians while also considering the effects of these improvements on Wellington’s environmental, urban amenity and cultural heritage.â€

The organisation will also release information about its investigations of other options considered but not put forward in the proposals, particularly in regards to options around the Basin Reserve. If you’re keen to find out more, here are the details:

Specific proposals in the plan:
â€¢ Options for improvements around the Basin Reserve
â€¢ Duplication of the Mt Victoria Tunnel
â€¢ Widening of Ruahine Street and Wellington Road

Key features of the improvements include:
â€¢ Creating a 2.5 kilometre pedestrian and cycle path between Cobham Drive and the Basin Reserve
â€¢ Creating a shared accessway / service lane for residents vehicles and for pedestrians and cyclists along Ruahine Street and Wellington Road
â€¢ Separating local and through traffic on a bridge around the northern side of the Basin Reserve to improve traffic flows and improve trip times for public transport
â€¢ Building a second Mt Victoria Tunnel to the north of the existing tunnel
â€¢ Providing a high-quality, safe facility for pedestrians and cyclist in the new tunnel
â€¢ Removing the dangerous right hand turn into and out of Taurima Street in Hataitai
â€¢ Widening Ruahine Street into the strip of Town Belt on the western side of the existing road.
â€¢ Improving access to Hataitai Park
â€¢ Improving the intersection of Ruahine Street and Wellington Road
â€¢ Widening Wellington Road

Information centre
RA Vance Stand on the Sussex Street side of the Basin Reserve
â€¢ Open from Monday 4 July to Friday 26 August â€“ Mondays to Fridays (10am to 3pm) except for Thursdays (3pm to 8pm).

I’d be interested to find out how much, if any, the plans at the Basin Reserve differ from the Technical Document published several years ago, which showed the following simplistic diagram:

From memory, that diagram is largely unchanged from the original motorway proposal explored way back in the 1960s. Surely there must be some options that could be explored? Or is that still the best we can do?

It’s interesting to note that the word “overpass” does not appear at all in the official Press Release from Waka Kotahi, but buried in the info above it does note that there are a few words such as “Options for improvements” and “Separating local and through traffic on a bridge around the northern side of the Basin Reserve” which confirms that the overpass / overpasses is/are indeed still at the forefront of the proposals. We’ve been fairly critical of the proposals that have been slowly leaked out over the last wee while, and for those of you that may be interested, here is a few links for you to explore, to see what we’ve said over the years:

Stop Transit’s tunnels from as early as April 2008, where we all first heard of this.
No Fly Zone from November 2008, where the “overpass” bridge was unveiled.

Memorial Parkway from April 2009, about that forgotten Memorial in the forgotten “Park”.
Inhabited Bridges from April 2009, where we explored alternatives to straightforward bridges.
Project Rugby from August 2009, where we looked with astonishment at the approval for a supermarket to be placed on the roundabout.
Tunnel Vision from May 2009, where we looked at tunneling equipment.
Fishing the Basin from August 2009, and this one, probably most of all, that dismissed the Overpass as a piece of poorly thought out urban planning, and mused on the possibility of putting a second tunnel at a lower level than that of the existing, instead of putting them side by side. Still worth some serious consideration, I would have thought.

We haven’t really explored that much through the other side of the Mt Victoria tunnel, so we have got nothing on the Wellington Road / Ruahine Street upgrades, but I’m assured that there is intelligent life out there in those suburbs, and that they do deserve to be treated better and not just tooted at in the tunnel. Other than that: we’re looking forward to seeing the proposals, and for the debate to come after.