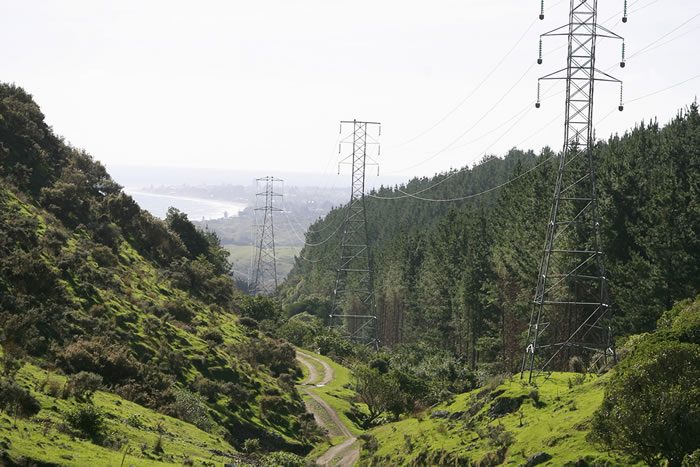 Seems that I am wrong – and right at the same time. It still makes no economic sense, but now that the KeyMaster has decreed it will happen, apparently it will.

We have written about it before – back in June 2008 at first, I believe, with THIS post, where we had this to say:
“…finished road will probably never see the light of day. Why? Well apart from the money, or lack of, there is the simple fact of it being steeper, and steep for longer (3 times longer) than the Ngauranga Gorge, so its never going to be that popular for trucks. Theyâ€™ll always take the shortest, simplest route that they can. Coupled with that, it has to cross twisty earthquake faultlines, it has a route on shifty unstable soil, is 27km long through farmland, and more beside: but ultimately is doomed to failure through tolling. How so? Well, faced with a choice between a Toll Road, or a non-Toll Road, my hunch is that the average motorist will not be that keen to pay another $5 or $10 per day on top of the petrol bill, and enough will avoid it for it to make a huge loss. The other option would be for the â€˜authoritiesâ€™ to lump a toll on both the Gully and the Gorge â€“ and guess how popular that would be!”

Then we followed it up with Boondoggle Gully posting in July 2008, which i think still holds our record for most comments received on a post – some good discussion of matters there. We noted then that:
“Just a few years ago, when costs were cheaper, it was Transit who was dragging the chain, and saying the prospect of T Gully was an unlikely event, if memory serves me right. Presumably hands were slapped, heads were rolled, and â€“ well, hell, after all, Transit is a roading body â€“ they suddenly found a new-found enthusiasm for the previous â€˜uneconomicâ€™ route. So what is the reason behind the change from half way up a hill to down in the valley, and if it is such a good economic move, why didnâ€™t they do it from the start? Well Iâ€™m no roading engineer and so canâ€™t say for certain (Transit roading engineers: feel free to blog in anonymously with your reply), but at a guess: halfway up the hill was thought to be a better place in terms of orthodox road building, rather than in the shifting shingle at the base of the gully. It is an earthquake faultline after all, and the ground conditions are not good (witness washouts on the Paekakariki hills nearby, with thousands of tonnes of gravel ending up in the bedrooms of a motel – twice), and there is a small trickle / raging torrent (depending on weather) in the bottom.”

One of our commenters, “Alex”, said that:
“I doubt that freight would use the gully, if the steepness of the road is as reported. The fuel costs and wear on the engine brakes etc would put truckers off let alone the option of a toll-free alternative if TMG is tolled. Just look at Route J in Tauranga as an example of truckies avoiding toll roads if there isnâ€™t an obvious cost advantage in using it.
I supported TMG in the past when it was cheaper and do think there is merit in an alternative route in a disaster, plus I get the jollies from large construction projects. But itâ€™s not worth $1b. I canâ€™t see commuter traffic from the coast increasing. I already pay for the other road and the railway, and from my experience ever since the Mana bridge upgrade it serves its purpose. I dislike suburban sprawl, I wouldnâ€™t want any of my rates encouraging it.”

And finally, a plea direct from me, right to the big fella right at the very top: Gerry Brownlee – please cancel Transmission Gully. I think my comments still stand there, really:
“There is a road proposal, with a cost to benefit ratio that flies out the window, for a road that goes up an earthquake fault line, is steeper for longer than Ngauranga Gorge, and is going to cost over a billion $$, which neither central nor local government has the money to finance. On a list of projects that need to be cancelled to pay for the rebuilding of Christchurch, Iâ€™d put this one right at the very top. Wouldnâ€™t you?”