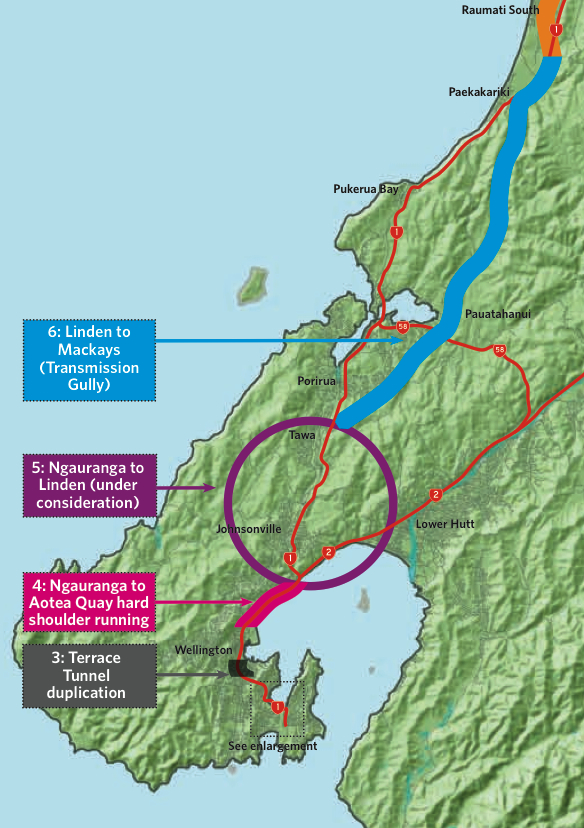 Wonders will never cease. According to the newspaper front headline today, Transmission Gully will go ahead, and will be announced today, along with the so-called “Improvements” around the Basin Reserve.

“Transmission Gully is expected to get the green light from the Government today as part of a $2 billion upgrade of State Highway 1 from Levin to Wellington Airport. An announcement will be made at midday by Transport Minister Steven Joyce, who is likely to approve the Gully project as well as a Kapiti expressway, improvements around the Basin Reserve and new Wellington tunnels. The entire Transmission Gully project will have a price tag of about $2 billion. The latest cost for the new highway was pegged at $1.025b.”

Now at least one of us here at Eye of the Fish has been publicly dissing the likelihood of that Transmission Gully ever happening, since, ooh, way back. And although it looks like I am onto a hiding to nothing, I’ll stick my head out again and say again: not gonna happen. It’s just not. It’s a ludicrous waste of money, justified apparently by the reputed 89% of respondents of a survey that supported it. And at some stage, someone will cancel it again. Probably that Bill English bloke, seeing as he has even cancelled money for night classes, says we cannot afford tax cuts, and is set to sell off anything that moves in 2 years time. Yet we see this statement in the paper:

“With all the funding coming from central government, it also ends speculation that the highway could be funded through tolls, a road tax or a private-public partnership. The decision to build Transmission Gully instead of upgrading the coastal highway follows months of investigation by transport officials on the merits of both plans…. … The Gully is not a panacea to the region’s roading woes. It would shave only 10 minutes off a peak-time trip from Kapiti Coast to Wellington, and would add to congestion in the capital. Transport Ministry documents show it could take longer to reopen after an earthquake than the coastal route, and ministry officials told Mr Joyce this year that the economic benefits were low.”

So tell me again why anyone wants to build it?