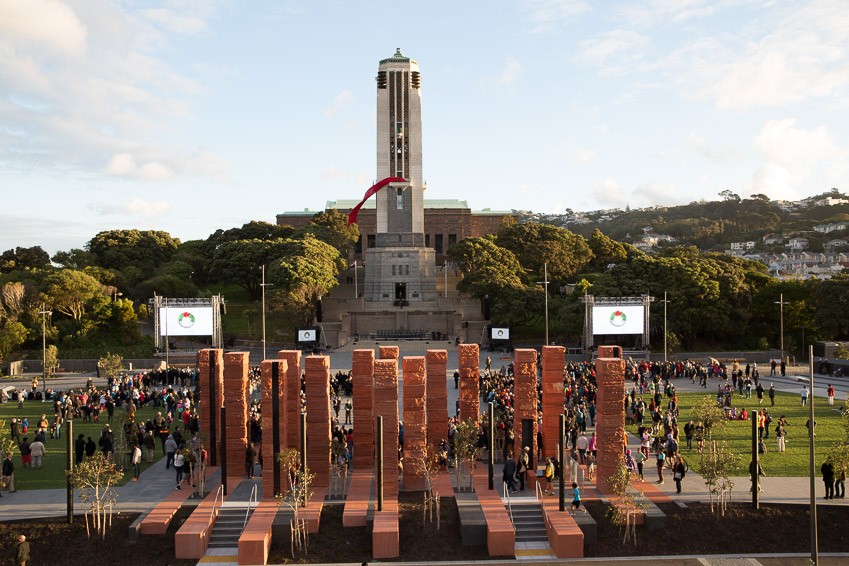 I’m a little shocked and saddened by some of our citizen’s sad and psychophantic attitudes to the arrival of Mr and Mrs Sussex, reacting as though they were someone really important, or famous: like the Beatles, or Elvis. Maybe its because I’m not a 14 year old girl, but the screaming sound of the crowd when Harry and Megz touched down was almost as loud as the screaming sound inside my head: “Be cool people, be cool!”

We’re a city that takes famousness in our stride – and thoroughly ignores celebrity. Well, at least I am. I’ve lived in the same street as one of the Hobbits, and studiously gave him no more than a surly eyebrow/chin nod when out walking the dog. I’ve been in a line at a petrol station next to Bofur the dwarf, and didn’t so much as sniff his petrol docket. I’ve had dinner on the table next to one of the Conchords, or maybe both – and spoke to them less than I spoke to the waiter. It’s what we do in Wellington – when famous people want privacy, we give them it in spadefuls. There’s nothing that turns a celebrity into a recluse more than hordes of screaming school kids. So, in future, tiny people greeting celebs – be cool.

So I’m going to ignore the presence of the Prince and the Pantsuit, and go straight to the point of the Pukeahu Park – the memorials to those who have died. I was one of those people who was aghast at the original government plans to keep the road running through at ground level – the most stupid of ideas – and I’m glad that the scheme was changed so that the highway now runs in a tunnel underneath.

It has been interesting to see how the Park has been steadily populated by memorials – with the NZ Memorial in pride of place at the centre, Australia’s totems directly opposite being the only two items there at the start. Since then of course it has been joined by the British memorial and it’s odd / ugly Weta-derived tree, next to Paterson’s clever and much quieter French stone sculptures. Down the other end we now have the extraordinary rusting wreath of ferns-in-a-torus that is the Belgian memorial, and soon to be unveiled will be the US memorial. Time for a longer look on 11 November methinks.