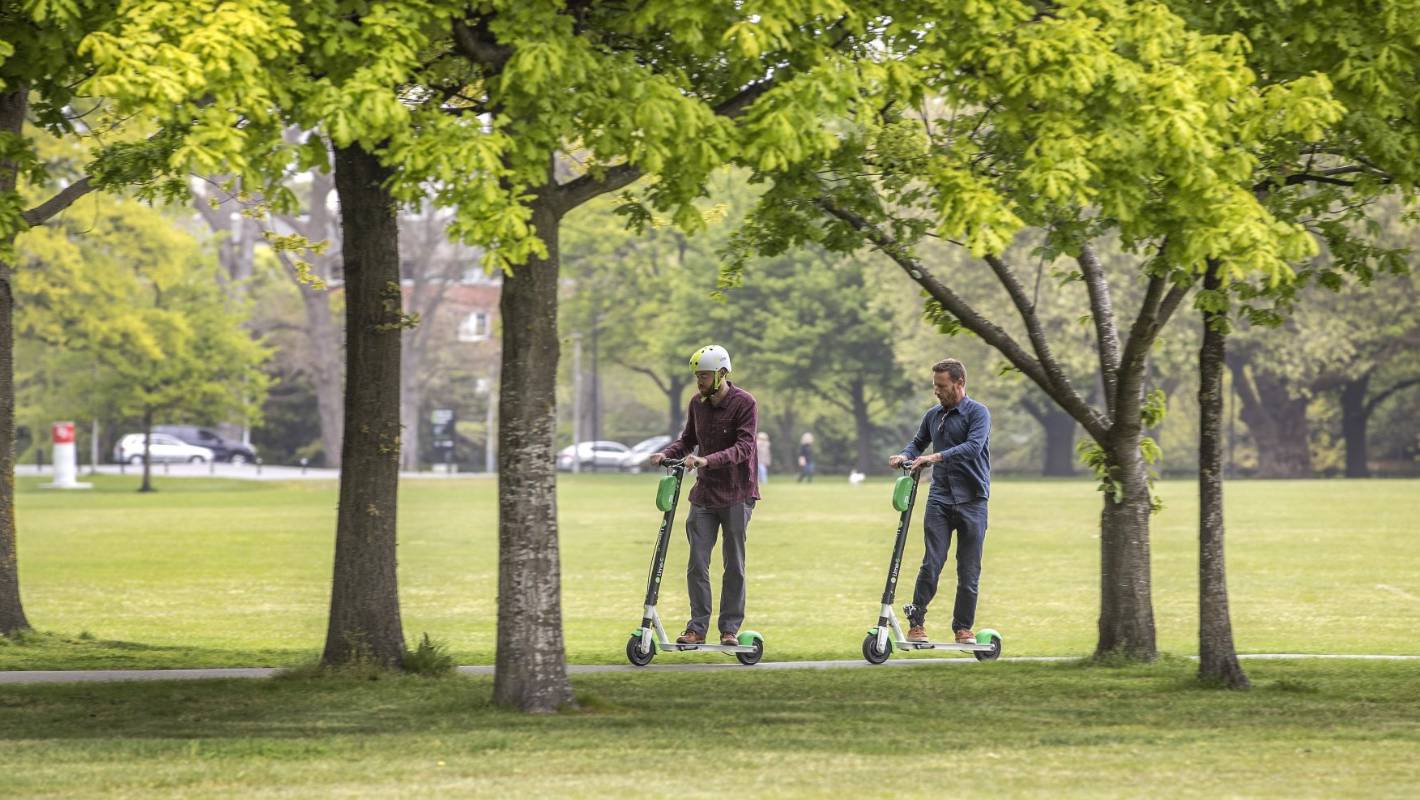 I’m starting this post with a quote from a friend of mine who has just published a chapter in a book:

“A great spatial mixing is under way: the suburbs are urbanising, getting fuller and more varied, adding more opportunities to work and remain there, and, where this is most successful, developing greater local character. Our city centres are humanising – becoming more pleasant, leafier, varied, filling with residents again – as they, too, expand upwards. The separate and monotonous character of each place that developed into an extreme during the last century is being complicated and unwound.

Supporting this, vehicles everywhere are electrifying: bikes, cars, buses, trains, ferries, even airplanes. Everything will automate (ditto – well, except the bikes). Everything will be shared, certainly all those vehicles, but particularly places, and especially the streets. Walking, biking, scootering will boom. The e-bike is the transformational vehicle of the moment.”

“Is this the future for our city streets?” Patrick Reynolds, in The Big Questions – What is New Zealand’s Future? pub: NZ, Penguin Random House, 2018.

And right on queue, as I write this post, I see this happening around us. Just last week I started to notice oNZo bikes in Wellington – just landed the week before I believe, and already they are visible all over central Wellington. Are they in the suburbs yet? Strikingly coloured in black with yellow wheels, they look cool, in a retro Raleigh 20 way, although from the depths of my ancient brain, Raleigh 20s were never cool at the time they were “in” – choppers were cool! And yes, there is a little of the chopper aesthetic in the rental oNZo. I’ve not yet ridden one yet (an oNZo, not a chopper – of course I’ve ridden a chopper – no, it was not mine, I was not that cool).

I’ve got to scan a barcode and download an app or something – because it is all app-based, of course. Isn’t everything, nowadays?

Will the rental bike catch on in Wellington? App-based rental cars have not, as yet, caught on in Wellville, although I know there are a handful of Mevo around.

Will the rental bike scheme catch on and overflow and become a plague, like it has in several cities overseas? Somehow the economics of scale in China have caused great problems in some cities over there, with vast mountains of e-bikes and rental bikes being thrown away, piled up high and crushed.

The market model for these bikes is simple: provide the bikes, but don’t provide any infrastructure. Be a disruptor, don’t spend money on things you don’t have to. So, while the Barclays blue Boris Bikes of London required expensive acquiring of pavement space and bike racks and charging stations all over Westminster and the City, the oNZo scheme is simpler: provide the bikes and bugger the consequences.

People will leave them outside their offices on the footpath, and someone else will grab them and rent them and scoot them away. Will it work? Time will tell.

Speaking of scootering away, last week also saw the introduction of Lime green e-scooters all over the CBD. They were everywhere. On the footpath. Off the footpath. On the Viaduct Basin (not, yet, actually thrown in the Viaduct Basin, as far as I can see, but give it time). Down the wharf and outside Euro, the swanky posh eatery where I was having lunch. Had someone rich scootered to Euro on a Lime e-scooter, and if so, was it a staff member or a diner? A chef or a waiter? A big note capital markets player, or a visitor from Wellington?

Well, it wasn’t me, because I couldn’t find the bloody app at the time. How people were managing to download the app and hire the damn things was beyond me, although I eventually found something for Lime, and I’ve now found something for oNZo too – although I now see it should be spelled OnzO instead. And now that I’m not in the city, I can find the app, but I know longer have access to a Lime green e-scooter: because they’re not available in Wellington. Yet. Just in Auckland and Christchurch.

They’ll come, I’m sure. All good things come to those who wait.