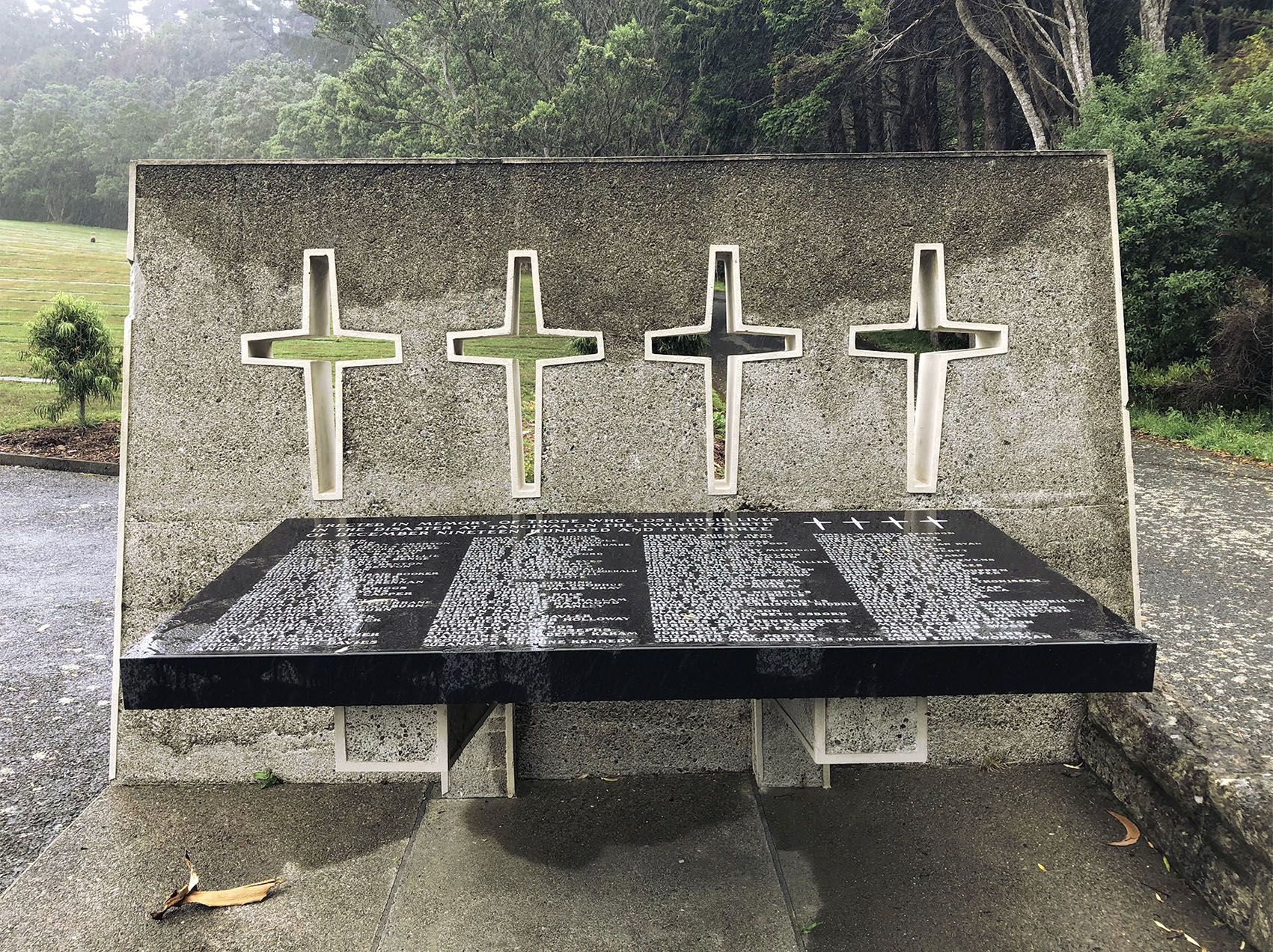 One of the more poignant parts of taking a trip on the train from Auckland to Wellington, is that you pass over the bridge at Tangiwai, the site where many died on Christmas Eve in 1953. The mountain erupted and a deadly lahar headed down the creek-bed, wiping out the bridge shortly before the NZR passenger train hurtled into the breach. Sad, sad tale.

It is a bit hard to see the memorial from the train on the way – there is a small black vertical post, with the engine’s number KA 949 on it, on the nearby road itself, but that is not near the train tracks. I have just discovered a wonderful memorial at the cemetery in Wellington, in a very beautiful modern form, with all the names of the victims inscribed. Never seen it mentioned before. Anyone know who the architect is?

Post-script: found the answer myself, over at Ministry of Culture and Heritage.
“The Tangiwai National Memorial, designed by government architect F. Gordon Wilson, was unveiled at Karori Cemetery on 26 March 1957.”

“The worst railway disaster in New Zealand’s history occurred on Christmas Eve 1953 when the Wellington-Auckland night express plunged into the flooded Whangaehu River just west of Tangiwai, 8 km west of Waiouru. Of the 285 people on board, 151 were killed. The tragedy left a nation in mourning, and stunned the world.”