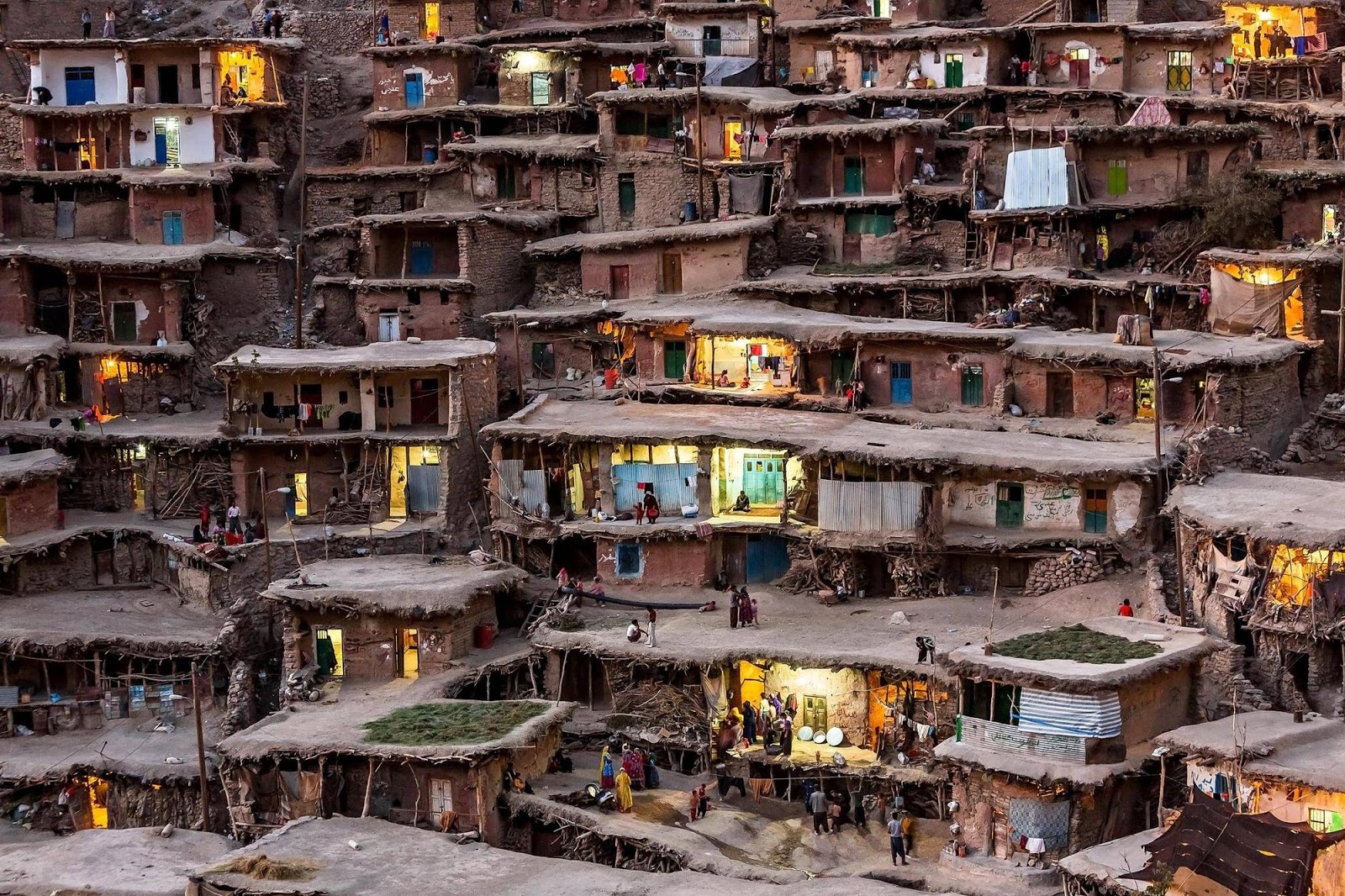 Slum. Itâ€™s a dirty word round here, isnâ€™t it? Would you like it better if I called it something else? Barrio? Favela? Informal settlement? One thing is for sure: that the word slum gets bandied around a lot when well-meaning people decry proposed projects for housing poor people en masse, and yet these arenâ€™t really slums at all. We havenâ€™t got anything close to approaching what a slum really is.

So, should we? Every day the newspapers remind us that Auckland has a Housing Crisis, even if Mr John Key and now Blinglish deny that such a word exists. Crisis? What Crisis? I hear them say in their best SuperTramp surprised tones. And yet, the Crisis rolls on like a malevolent disease, spreading like the plague, caught only by those with a flea in the ear or with rats down their pants. Auckland has the plague, but it wonâ€™t kill them all and die with them, oh no, no, the plague has already caught on, spreading its pestilence in other smaller cities and towns across the nation. The Plague is spreading to the Provinces, the headlines ominously portray, and yet all that this means is that locals in sleepy backwaters can no longer even sleep in restful slumber, afraid that some big brash Aucklander is going to descend upon them and buy them out of house and home. Wellington, apparently has the Housing Crisis Plague, spreading so vehemently that we have had 30% house rises in the last year alone. Why should we suffer from Aucklandâ€™s ridiculous untrammelled growth, the cancer that eats away at its very flesh, when we get no benefits ourselves? A solution to this pox needs to be found just in time Auckland decides it wonâ€™t be dying from the plague just yet. Ring a ring a Rosie, a pocket full of posies, a-tissue, a-tissue, we all fall down.

Except that, this time, we wonâ€™t. Help is at hand. The Eye of the Fish knows how to save the day.

The problem we have in NZ is that we are all such careful little rule followers, apart from Hone Harawira that is. If we get told we canâ€™t build there because we donâ€™t actually own the land, we obey that random ruling and politely sit by while some other rich dude from Rich Mastery or Property Investors, a 24 year old with too many shiny white teeth and an excess of body odour to accompany their appalling lack of taste, buys it all up. But why give it all up to him? Why sit meekly beside the footpath while someone else builds their dream home? The meek donâ€™t inherit the earth, they get screwed out of it, as you should well know by now. So, do something about it! Build your own place wherever you want to! Out of materials that are whatever you want to use! Build yourself a slum! Become Slumdog Millionaire!

The thing about slums, and where the media hype has got it all wrong, is that a slum does not necessarily mean building small, or building badly. Itâ€™s perfectly clear that we can already do both of those things quite well, especially in Auckland. The difference is that horrendous charnel-houses like the Scene apartments are built legally, and certified as acceptable for human living, when arguably they clearly are not.

A regimented cubist grid of orthogonal spaces stacked endlessly on top of one another, more reminiscent of containers stacked at our non-working container wharf than of homes for human beings. Contrast that with the many giant favelas in Brazil, where people have built organically, piece by piece, a community where houses jostle and huddle together, where hillsides are clad in concrete block walls and corrugated iron roofs, but also a community where a basketball court can be carved out on rooftops, where the architectural expressionism is vibrant and alive. The wonderful thing about favelas is their spontaneity and life, as well as the fact that they accommodate almost as many people illegally as the rest of the city does legally. Too many people? Hide them away in a slum! No one is counting!

The closest comparison we have to a favela is Ian Athfieldâ€™s own slice of heaven ascending (or descending) on the side of a steep cliff in Khandallah. Akin to most favelas, much of it may have been built without Building Consent, and certainly most of it was built without Resource Consent, but that is what makes it all the more vibrant. Ath himself would be the first person to confirm that part of the joy of building it was the act of thumbing his nose at the Council as well as the neighbours, and it functions more as a (sub)urban village than as a house or an office, with an unknown number of people living and working there. What makes it exciting however is the interplay of spaces and staircases, with a swimming pool suspended above a living room and a courtyard or two miraculously appearing between three buildings on the way from A to Z. The organic growth of the design is brilliance personified, and the best bit is that Ath and his office mates built it themselves, over time. When you can afford it, build a room. When you have the concrete blocks to hand, cement that friendship with some friends and a beer. When you want to create a new window, cut out that hole. Itâ€™s a DIY world now.

What is there to stop Auckland wannabes from building their own slice of paradise too? Land ownership and strict application of the rules appears to be the main thing stopping people, but isnâ€™t it strange how other cultures turn a blind eye to this all over the world? Itâ€™s time to break the rules. Itâ€™s time to set up music. Itâ€™s time to light the lights. Sure, it is going to be noticed if you start off building a house in the middle of Albert Park, but there are other places. There is enough grey areas, and brownfield sites, that some black market activity can blossom with fresh green results. So join with me in song and say this once again, loudly:

Build it and they will comeâ€¦

Hundreds of houses painted in bright colors in what organizers claim is Mexico’s largest mural, is part of a government-sponsored project is called Pachuca Paints Itself, in the Palmitas neighborhood, in Pachuca, Mexico, Thursday, July 30, 2015. German Crew is the artist collective responsible for painting the mural project. Director Enrique Gomez, who goes by MYBE, said the crew has painted 1,500 square meters with 20,000 liters of paint. The project aims to bring the community together and rehabilitate the area. (AP Photo/Sofia Jaramillo)