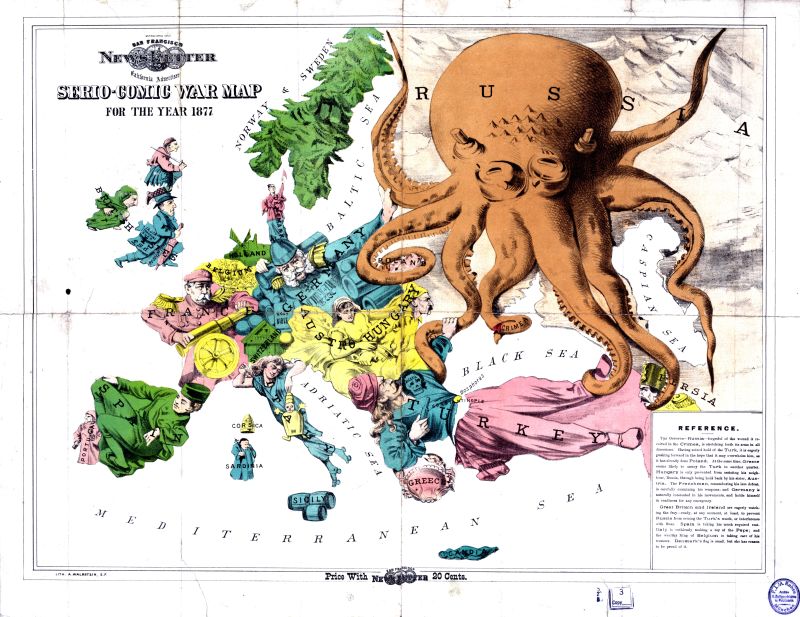 Seeing as we seem to be at a bit of a turning point in history (far easier to see in hindsight than at the time, but either way : there’s some pretty weird things happening on the political front world wide at present), then I thought I would have a look at where we stand. We’ve had a World War or two, a Gulf War or two, a war on Terror and a war on Drugs, neither of which seem to have done the slightest bit of good so far, and then there are the upcoming wars. Tromp war 1, Trimp war 2 etc. But looking forward is harder than looking back – so let’s look back.

Well, the major players are still all there, with the exception of the Austrio-Hungarian empire, which took a battering after WWI and hasn’t really recovered in that same form. Russia is still the big Kraken, with its tentacles in everyone’s pockets, and firmly in control of the little fat puppet with the orange hair. Turkey is still an amazing pivot between the East and the West, poised between the two, unable to move this way or that way without doing itself major damage. England, once more, out of Europe, the way it prefers to be (although perhaps its peoples don’t).

More on Architecture next week.