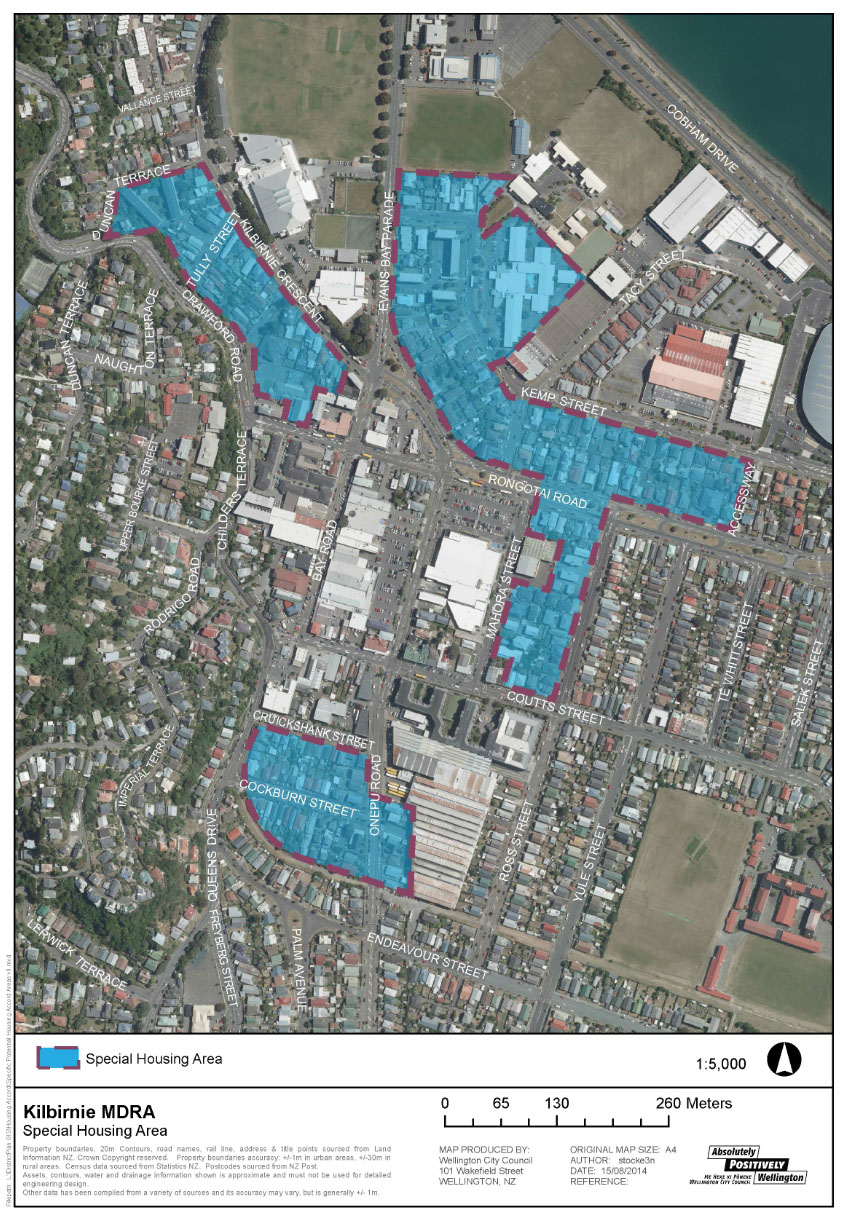 As noted yesterday, there is also to be a SHA for Kilbirnie. Here it is:

Now, can anybody tell me why that is the shape it is? Aren’t those the Council flats (top right)? And what is with the big area near the bus barns at the bottom? I’m really at a loss as to why these shapes have been chosen.

Here is another area: further north – in fact, almost in Thorndon. Have a look:

Now that’s got me even more flummoxed. Why have THESE areas been chosen? Forgive me if i’m wrong, but isn’t the one to the north slicing through an existing Government building? What the …?