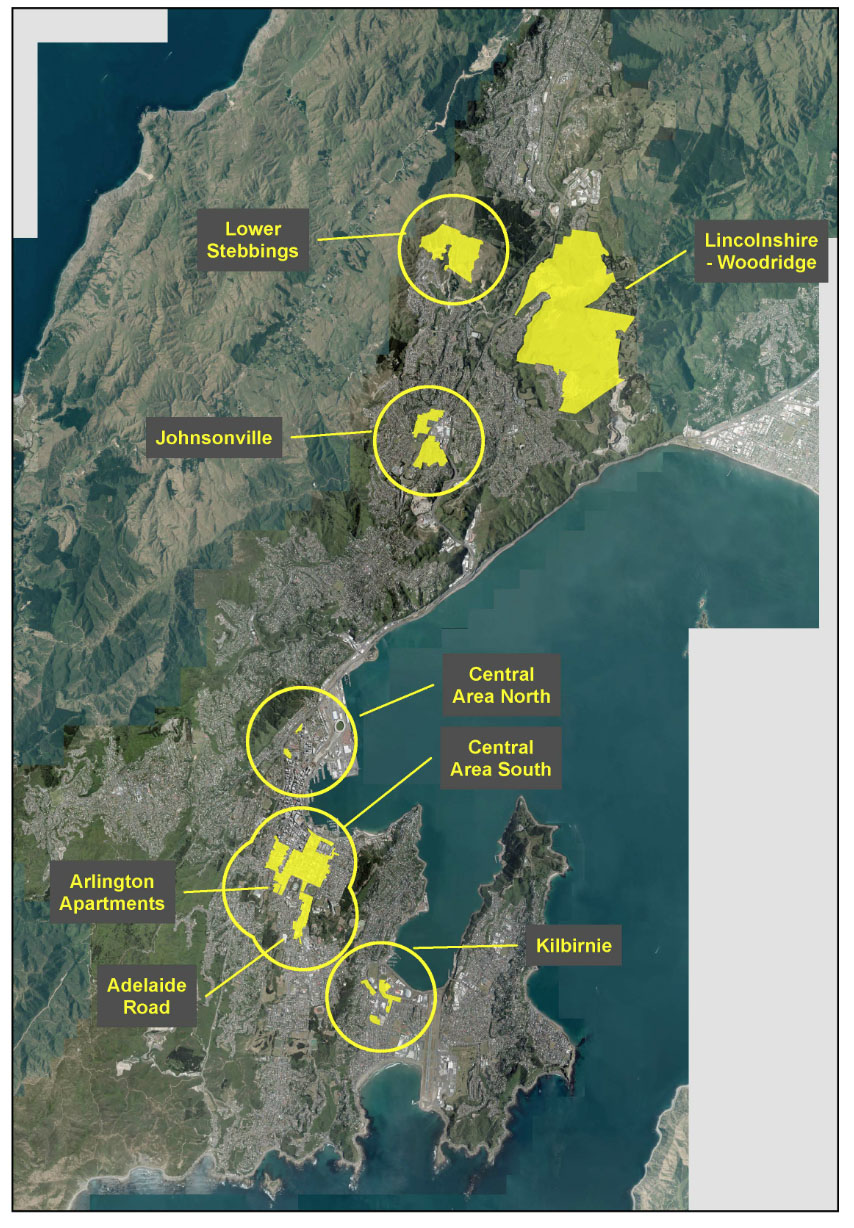 We have an Accord.

No, not one of those big Hondas, that glide smoothly along the tarmac with the stealth of a ninja, but we – the Royal We – Wellington) have a Housing Accord, signed between the Government and the Council. They’re promising to play nicely together in the sandpit – Mayor Wade Brown will still be here after the election, and I’m assuming that Nick Smith will be as well. Sadly. So what does this mean for Wellington? Let’s have a look:

As can be seen in the official map here, the areas are spread around, and are of -in some cases – considerable size. The accord comprises “eight special housing areas (SHAs)” and, apparently, some “qualifying development criteria”, although I’m really not sure what those criteria are. Here’s what the official Press Release said:

The SHA areas are therefore in two main locations – either within the traditional Wellington area, where you can apply for two or more units – ie small scale infill on brownfield sites – or the alternative greenfield development areas in the sticks, where the Council is expecting multiple housing of ten or more houses. I’m intrigued, and a little perplexed. Let’s look at the northern SHA first.

That’s the area of Lincolnshire Farm. It’s the top of the escarpment that stretches across the uncharted part of Wellington from Horokiwi to Tawa, that I went to visit a few months back. There is rolling hilltops with great views, deep ravines in places, no doubt some harsh winds at times, and presently its all a bit inaccessible. It’s also the area that developer Richard Burrell was recently trying to get the Government interested in as a new site for an airport, but most importantly, it’s also the area that NZTA are proposing to build a Link road through, between Petone and Granada. No, not the Takapu Valley that Gloria found for me, but just south of that. Undoubtably the new proposed link road is going to be the key to unlocking this particular stretch of future Wellington.

Close by is Stebbings, which also perplexes me. I confess I’ve never been there, something I’ll clearly need to remedy, but I’m not sure why anyone would want to live there. Suggestions please!

Johnsonville, of course, will be a site of contention. Everything is a site of contention in Johnsonville. It’s not a bad little place, J’ville, but they have one of those backward-looking local residents organisations, ironically called the Johnsonville Progressive Association. It is, of course, anything but progressive, and instead wants everything to stay as it was in the 1950s. But, beset by the motorway, and subject to a potential future mega-mall in their midst, J’ville is changing, and somehow this SHA needs to help make it better. There is an excellent piece on the urban grain of J’ville by local blogger Alf Rune, available here, as he walks his way north. In that post, he describes this little hamlet thus:
“…that reminds me that Johnsonville was once the future. For the stretch of road between here and Porirua was the first motorway in New Zealand, constructed smack bang in the optimistic middle of the Twentieth Century. That was indeed a nationally significant moment: the birth of the motorised dream whereby speed, space and convenience added up to freedom. The northern suburbs bloomed along the motorwayâ€™s banks, fed by cheap oil and living on the butterfat of the land, attempting to translate Godzoneâ€™s bucolic origin myths into the burgeoning city, one quarter-acre at a time.”

Coming up in the next post, we’ll take a look at the inner city SHA.

Postscript: I’ve just pieced together a rough outline of where the proposed NZTA Link Road goes through the Lincolnshire Farm SHA. Thought it might be interesting to take a look. The 4 options are shown – A, B, C, and D. In its wisdom, NZTA decided only to look at routes C and D, and if they pay any attention to the amount of feedback they got over Takapu Valley, they’ll steer clear of that. Which leaves only C as the likely route. However, they’re nasty, callous, over-bearing, haughty disregarders of anything anyone gets back to them on, so nothing is really off the table.