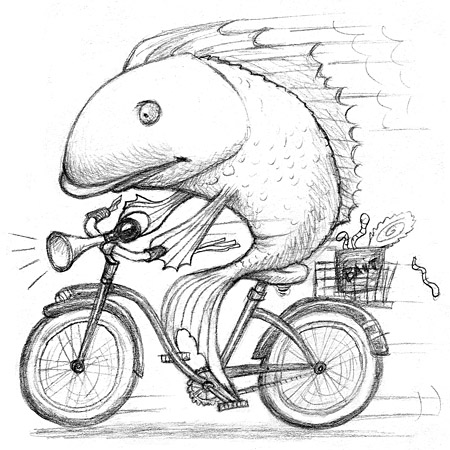 Well that was a surprise! Here in Fish City we get little in the way of advertising blurb from candidates, and so I was pleasantly surprised to see the result come through on the wire that we have a new Mayor. Not that I ever had anything against our previous Mayor, but you know – after 3 terms, its got to be time to give the reins to someone else, and we’ve got a new woman in charge. I just love it that we have a woman wielding the reins of power – and am glad that we didn’t have a choice between candidates like the bonkers John Banks, smarmy Andy Williams and the (to-be-honest) slightly freakily weird Len Brown. Luckily for Wellington, all our male candidates were well down the running order – some of them (Bernard, Al, you know who I mean) thankfully not being taken seriously at all.

So: brief eulogy for Kerry Prendergast: came in on a promise to deliver more than just babies. Her pet picks were a Ice Skating rink (sunk without trace, although apparently not without trying), World of Wearable Arts (a huge success nabbing that), retaining the Sevens (men in speedos and frocks, always a laugh if you’re into that kind of thing, which I’m not), and an Overpass for a bypass (which is in the process of fast disappearing up its own back alley, I suspect). She has been a safe, stable, supportive pair of hands over the last few years, dealing with a rebellious Council (thank goodness the argumentative Rob Goulden is out on his ear), faithfully turning up to every opening and event in the city and giving supportive speeches to all manner of people whenever called for. Glad you enjoyed the Footnote dance show the other night. I’ve got to say Kerry, if you’re still reading this, that I know you have worked incredibly hard over the past 9 years, and you deserve a well-earned break. Time to put those feet up and spend more time swimming in the harbour instead of just soaking up the sea views. Come on in, the water’s lovely!

So: Celia Wade-Brown – a bit of a change of style. Making her points clean and green right from the get go, it was good to see CWB turn up on a bicycle (yes, fish do need bicycles!) and all speed to you with the laying out of a decent cycle lane network at long last.

We’re also very glad to hear that the Inner City Light Rail Rapid Transit Public Transport (ICLRRTPT ? – let’s just call it Super Tram) may at last be taken seriously, and planned ahead for. Perhaps we can find out if the Manners Mall sub-base has been properly planned for a Light Rail system at least, and if you want a good man to help plan your Tram, then Kris Price and Brent Efford should be on the team as advisors at least. But I suspect you know all that.

For those that don’t: some sites for starters: Trans-Action. And here’s another on Light Rail, source of the picture above. But I can’t find the Option 3 info any more. How soon are we going to see action? CWB has been quoted in Scoop today as saying:
“I intend to complete the planning for the light rail system in my first term as mayor, to begin laying rails in my second term, and to see the system complete by 2020… We know from overseas case studies that light rail not only improves the transport infrastructure, it also drives good environmental stewardship and economic transformation. In the US and Europe many cities have discovered that light rail improves property values, draws in new businesses, and improves the quality of life for commuters and residents alike.” Way to go – no time like the present. You can listen to an August Scoop interview with CWB here.