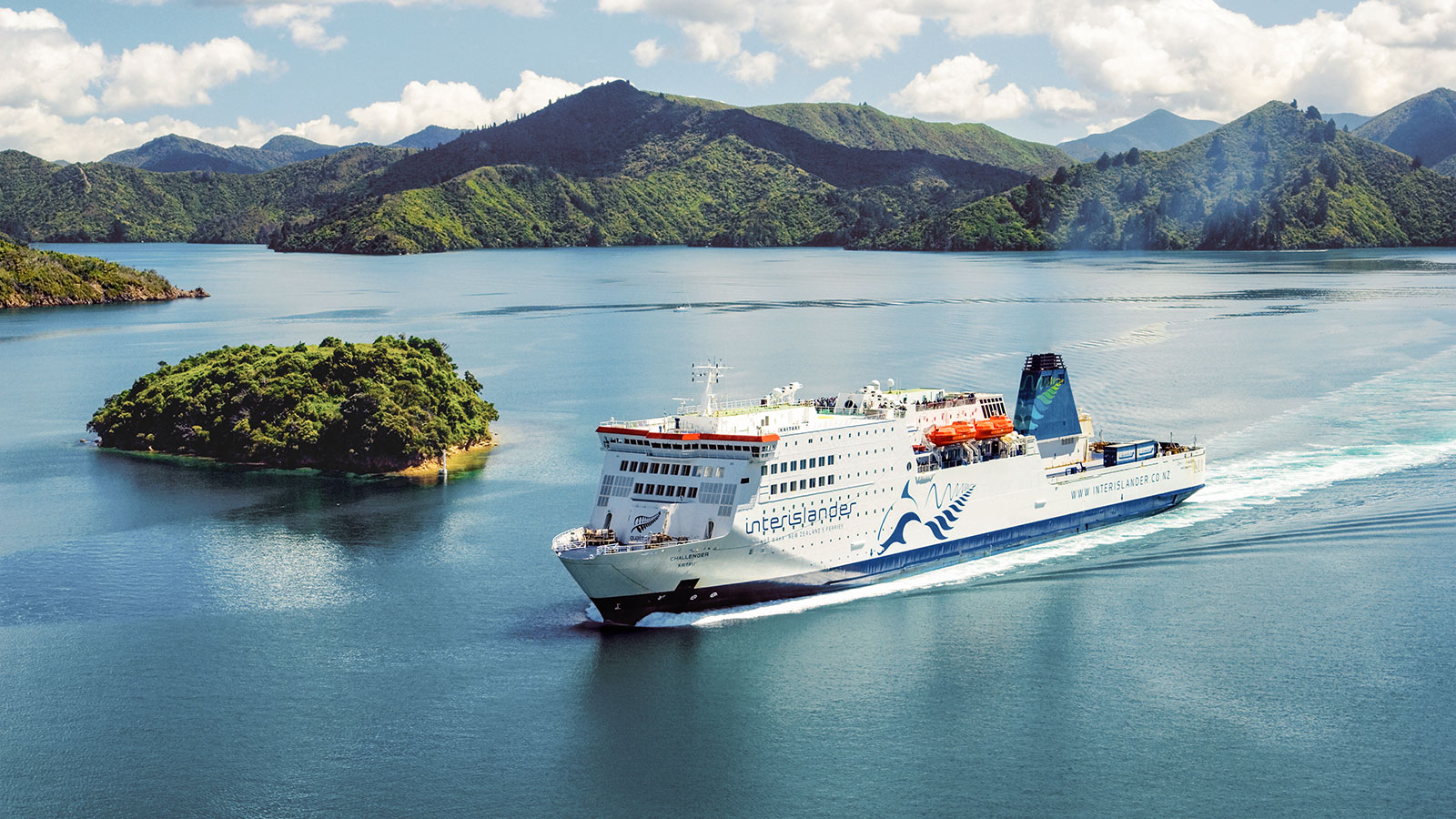 The waterfront is a never-ending source of news for the Eye of the Fish. Buildings coming and going, going up and going down, positions for the Ferry Terminal over there, or way back here (waves hands in the air unconvincingly), but today: a good news story. InterIslander’s three existing ferries are due to be replaced, and amazingly enough, someone at KiwiRail has made an intelligent decision and decided to commission two new ferries: both to be Rail-capable ferries.

That’s a great decision on two points: one, that they are buying new, and two, that they are going to be rail capable. The other options for KiwiRail were to buy second-hand, and to forget about rail – one begets the other really. Our rail system throughout the country urgently needs to be able to carry bulk freight across Cook Strait, and securing new ferries with that capability is a great step forward.

New Zealand used to buy ferries new at some stage in the past, but in more recent years we’ve been buying second-hand old dunga piles of rust with no rail capability. Both InterIslander and BlueBridge / Strait Shipping have been guilty of it. Fingers crossed that we manage to find a company / country that can make the ferries to the right size as well as making sure that the propellor doesn’t fall off. Because, you know, we’ve been there and done that…

All of this ties in, I hope, with the conversations the various parties have been having over a new super-terminal (i.e. both BlueBridge and InterIslander all at one site). I’ve heard conflicting reports of where this is going to be. One person I spoke to said it was definitely a rebuild at Kaiwharawhara (and indeed we reported on it at the time), while more recently there was discussion over whether the proposed Arena could co-exist on the same plot of land as the proposed Ferry Terminal. Clearly only one of these can win – I’m picking that CentrePort will come to its senses and decide on a new terminal somewhere between the two. There is a lot of land where Stats and the other seven demolished buildings once stood, which could make a good location for a new mega terminal…

Currently, there is just a couple of anaemic set of tracks crossing over the Quays, taking freight trains into CentrePort land. If the terminal site nearest to BlueBridge is chosen, this will not be able to be used for the main rail route in – the clash with vehicle traffic would be just too much. The fact that KiwiRail has made a pro-rail decision on its ferry choice, sort of mandates that the only site possible for redevelopment will be Kaiwharawhara, despite the fact that it sits right on the main Wellington fault line.