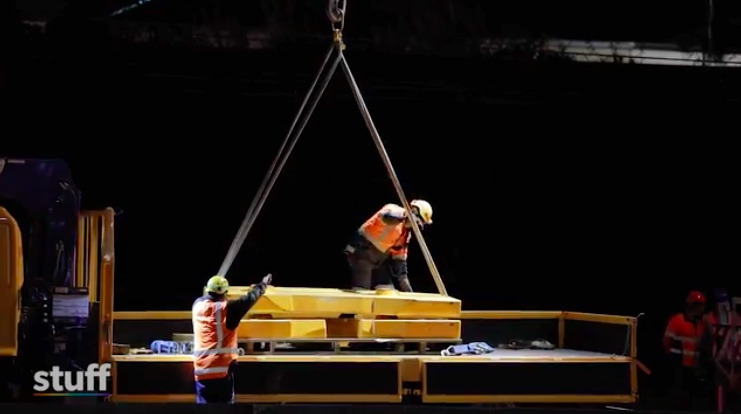 A fairly stunning result for Wellington yesterday with the derailment at the throat of the main Railway Station. It makes it harder for pro-rail enthusiasts to get the message across that Rail is better, when an event like this takes out all of the Metlink lines that pass through there. You know the story by now: that a freight train derailed right at the key points on the tracks and then continued along for another couple of hundred metres, ripping up the points and tracks. Some 25,000 train commuters were stopped from travelling – the whole system ground to a halt and no one got to work on time. It was only just being put back together by 5pm when it was time to go home again.

Apparently there were next to no buses to spare, so lines could not just say “take the bus instead” and everyone was in the same boat, so to speak. I just decided to take the easy way out and stayed at home instead, and I presume that many others did as well. Fair enough.

But then I started to think – why did the system collapse so badly, on all three lines? Could the trains not have continued as far as the edge of the derailment, let the passengers disembark off the train, and then the train could reverse away, back up the track. Why couldn’t this have worked? The trains can be driven from either end. The tracks have numerous cross-over points, so there should be no worry about ending up on the wrong lane. There could have been 25,000 people getting to work a bit late, having walked from the Stadium, instead of not getting to work at all.

Sure – there wasn’t a convenient station to stop at with a level platform to disembark on – or is there? What about Kaiwharawhara ? The station is not usually used, but the platforms are still there. Buses could have been readily repurposed from elsewhere to ferry passengers the short distance into the town, instead of having to reroute people into buses further up the valley into the deepest darkest Hutt. If we really want to be resilient, we want to have people who can think on their feet and react to an emergency, instead of curling up in a ball and hiding under the desk. This was a problem which might not have been foreseen, but should not have been the end of the world. Wellington – we can do better than this!