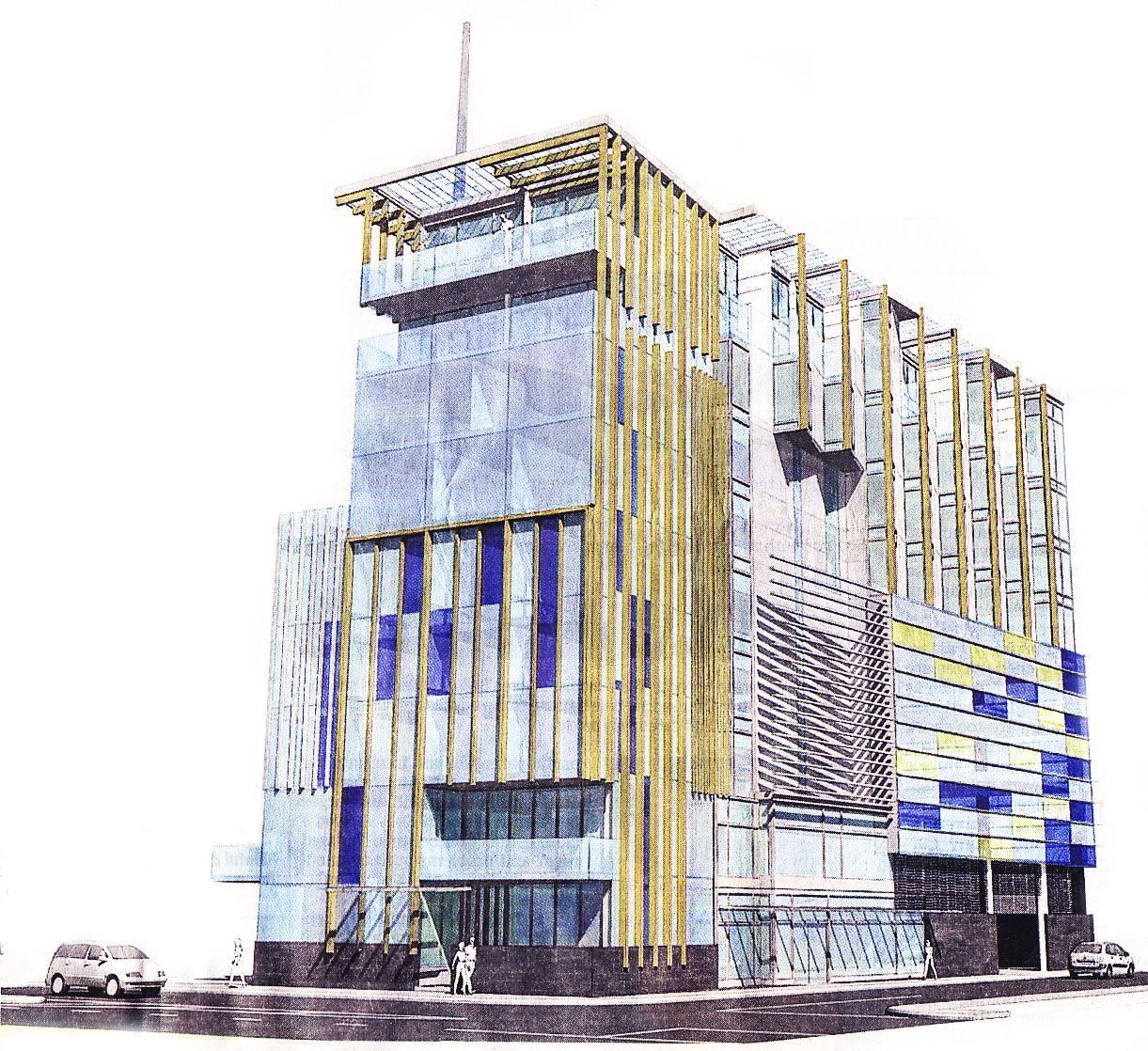 I’m unsure about this.

The / architectural designers are Design Club, and there are refererences to local pa in the palisading, local tukutuku weaving in the cladding, and a ships mast in the flagpole structure on the roof. It’s loaded down with so many architectural metaphors, that it is a wonder it hasn’t sunk already, but still it bravely sails on, beaching itself on the Petone shore, just like both Kupe and Wakefield before.

In this picture, it stands out like a sore thumb, but in reality it is in a part of that small seaside township where large buildings already roam, unkempt, so it should be ok here – but I wouldn’t want to see Petone foreshore covered in buildings this tall, like a mini version of Hawaii, where the high-rises line the beach, blocking off the views from the people behind. Not that there is any likelihood of that happening – not at our present slow rate of growth. Or – would that be a good thing, to block off the Southerly? The Hutt City Council evidently decided this was all ok, and approved it without notifying the public, so evidently it is exactly what they want for the site.

I can’t figure out how it works. I need a at least a plan for it to make sense. These are hotel rooms, but what goes where? The view is south, the sun is north, most of the rooms face east or west. Or both? I cant tell. One unit per floor gets a grandstand view of the beach, the others just get a small angled window, is that right? What exactly does the stripey lower floors do? How do you look out those windows? There is no context in the picture, no surrounding buildings, yet the article in the paper said that it was near Terry Serepisos’s last development in Petone, which is also several storeys tall, although not the 9 floors this building is. Is the neighbouring tall building right next door? How did Design Club manage to get their web address in the article / advert, an almost impossible act with the DomPost, who generally just say “artists impression” and never name the architects, and yet not only is this building not by an architect, but also the web address is a dead end, a barren 404 unknown? So many unanswered questions. Anyone got a plan of this building? Anyone? Anyone?