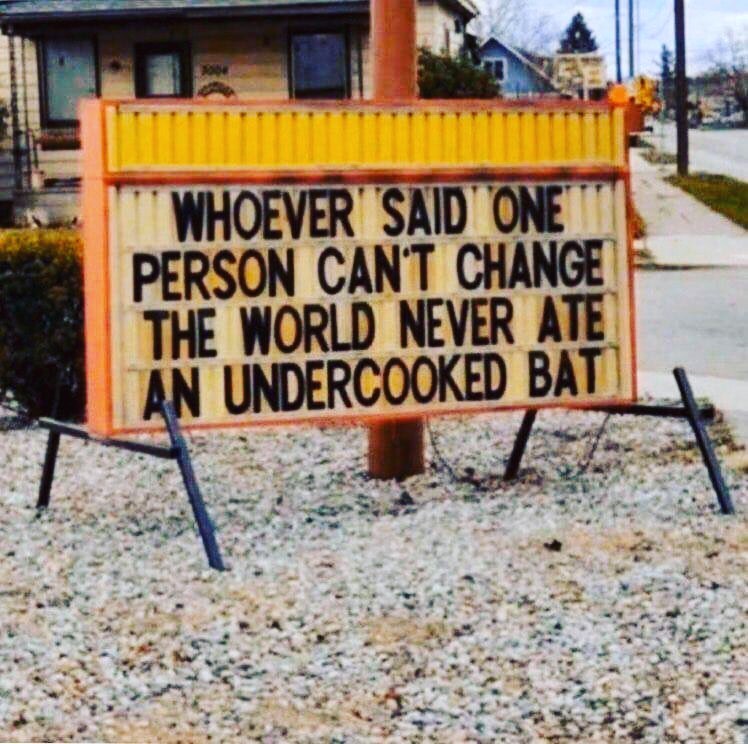 Getting tired of all this endless Virus talking? So am I. Yes, yes, it is so much better to have the problem of getting bored with waiting for nothing to happen, than to have the problem of everyone dying, but still: time to look forward to something else! What will we do when we are in Level 3? It’s a place where I suspect that we will be for quite some time: for some of us in Cluster towns, like Auckland, Wellington, Bluff, we’ll be there at least till Christmas I reckon.

Personally I’m looking forward to restaurants re-opening – not so much for me to sit down and eat at, but for takeaway food to be picked up from. There’s a Thai restaurant near me that I often used to go and grab a meal from on the way home from the office – better ability to cook Thai than I have myself – and boy, I miss their cooking. But will they still be there after all this? I suspect so – they are a resourceful family, with the young girl having been a school girl when they started and now she’s just about ready to run the place.

But this will not be the case with many other places. I hate to say it, but it is pretty obvious that some are not going to make it. For instance, El Matador restaurant in Cuba Street that had just re-opened after re-building after their fire – they’ll have a hard road coming back from this latest setback. So too might be their neighbouring restaurant, the mighty posh place Logan Brown. I’ve never been there for a meal – too expensive – and now I fear that I never will. In Australia they are allowing restaurants to open for delivery / takeout only – who knows when we will be able to sit down and share a meal face-to-face with another human – but this seems like a reasonable scenario for us to follow. Gloves, masks, 2m separation of workers etc, but it should be possible.

I’m looking forward to bookshops re-opening – that shouldn’t be hard as there are only one or two in each city that are even left alive – even if it is only one way, with them open so that they could post things out. I’m researching things online and wanting to get some books on certain subjects (mostly architecture) but I’m really not that keen on Amazon destroying the last remnants of selling things in NZ. Screw Amazon. I want Unity!

Another thing I am really looking forward to, and one which would be so useful right now, is building supply stores. Placemakers for a start! Mitre10 for a second. Forget Bunnings, as they are Australian. But this time is such a perfect time and place to do some DIY – and I have run out of paint, run out of primer, and am fast running out of plywood. I’m seriously devoid of 4×2 right now, so my ability to get things done is reducing day by day. Again, I’d be happy to just ring up and order it, rather than have to go and browse the shelves, but this is such a god-given chance to get stuff done, and its a crying shame that we can’t use the time fruitfully!

I’m not missing commuting. I’m not missing meetings with 40 people in the same room – Zoom is so much better than that. Working from home has changed for me forever. I am missing swimming and surfing and those things best done in water, although that has more to do with the time of the year than with the Virus – every year I get to missing them – and this last week before the Easter storm was just torture – perfect weather and an inability to go there.

So – what about you? What do you miss most? What are you keen to get back to?

RIP Home and Houses and Urbis

Construction is an Essential Service