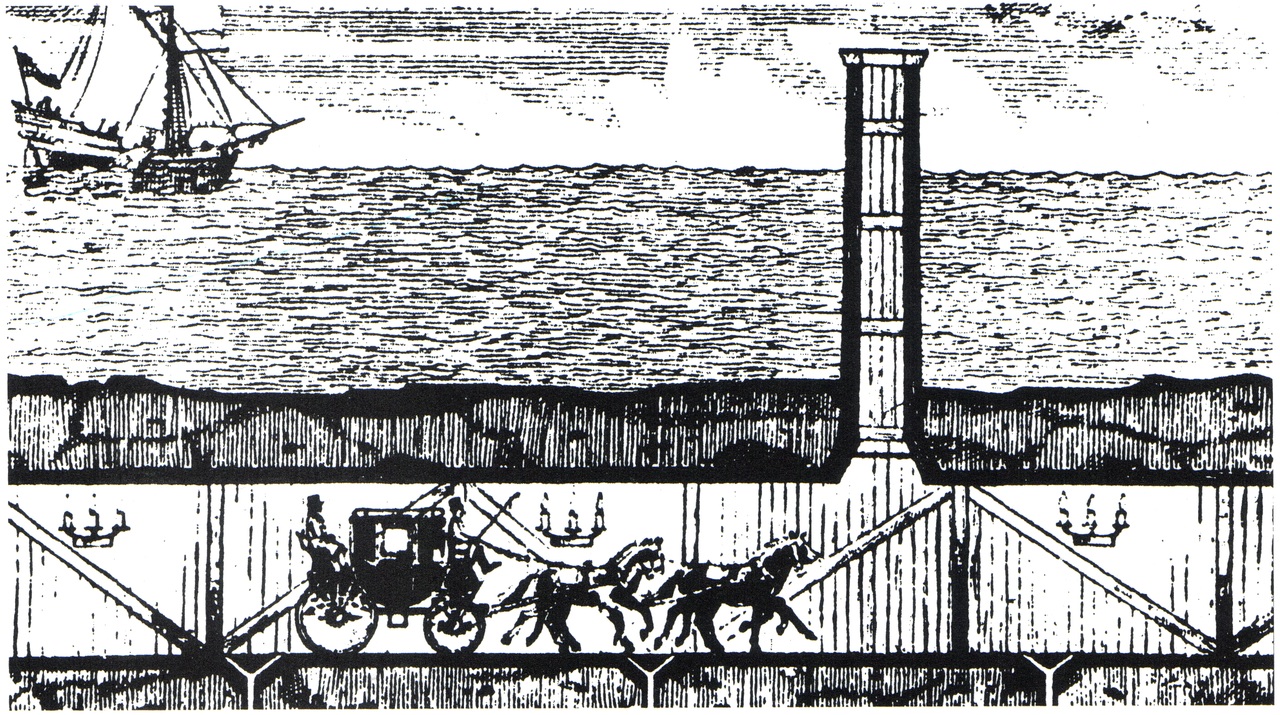 No bridge nor tunnel

A pause for thought today : evidently the silly season is still with us. Point in case the front page of the Dom Post today – and cub reporter Julian Lee tries to argue the case for a bridge – or tunnel ! – across the Cook Strait is a viable thing. Both possible options are as silly as each other, both are physically impossible, and both would be total financial idiocy.

Iâ€™m surprised that the editor of the Dom Post did not veto the article outright, it is so ludicrously stupid, and if they are happy calling the Island Bay Cycleway a disaster, then they may want to think up some new words to describe clusterfucks of mammoth proportions.

Letâ€™s list some of the problems, shall we?
23km wide at the narrowest point.
65km wide at a slightly more convenient juncture.
Spans between two islands, yes, but these islands also encompass two completely different continental shelves as well, with a known and highly active series of fault lines running between. Wellington is currently stuck solid at the junction between the subduction of Australiaâ€™s plate and the Pacific plate.
Massive great 8 earthquake overdue on the Southern Alps, likely to destroy all but Te Papa and the Beehive when it eventually goes bang. You really want to put a bridge over that?

Even more scary – would you really want to tunnel under that?
No, I thought not.

For a city which canâ€™t even agree on building a much overdue better tunnel through the simple, solid mass of Mt Vic, to propose a tunnel under the Cook Strait – some of the most dangerous waters in the world, one of the deepest straits in the world, through hard, broken, brittle rock – is just sheer lunacy. Must be a brainwave thought up in last weekâ€™s super blue blood red wolf moon last week.

But the best is yet to come: what would the tunnel be for? Small, thin, fast, efficient high speed trains? No, I fear that foolish young Julian Lee is pushing for a two lane public highway each way. So, probably two tunnels needed, maybe three.

The Chunnel, a very shallow tunnel carved with ease through layers of stable sedimentary chalk, bankrupted the Channel Tunnel company and nearly bankrupted both Britain and France. This hare-brained piece of silliness would bankrupt New Zealand many times over, before it all collapsed ignominiously into the sea.

We already have a bridge. It moves from one side of the Strait to the other.