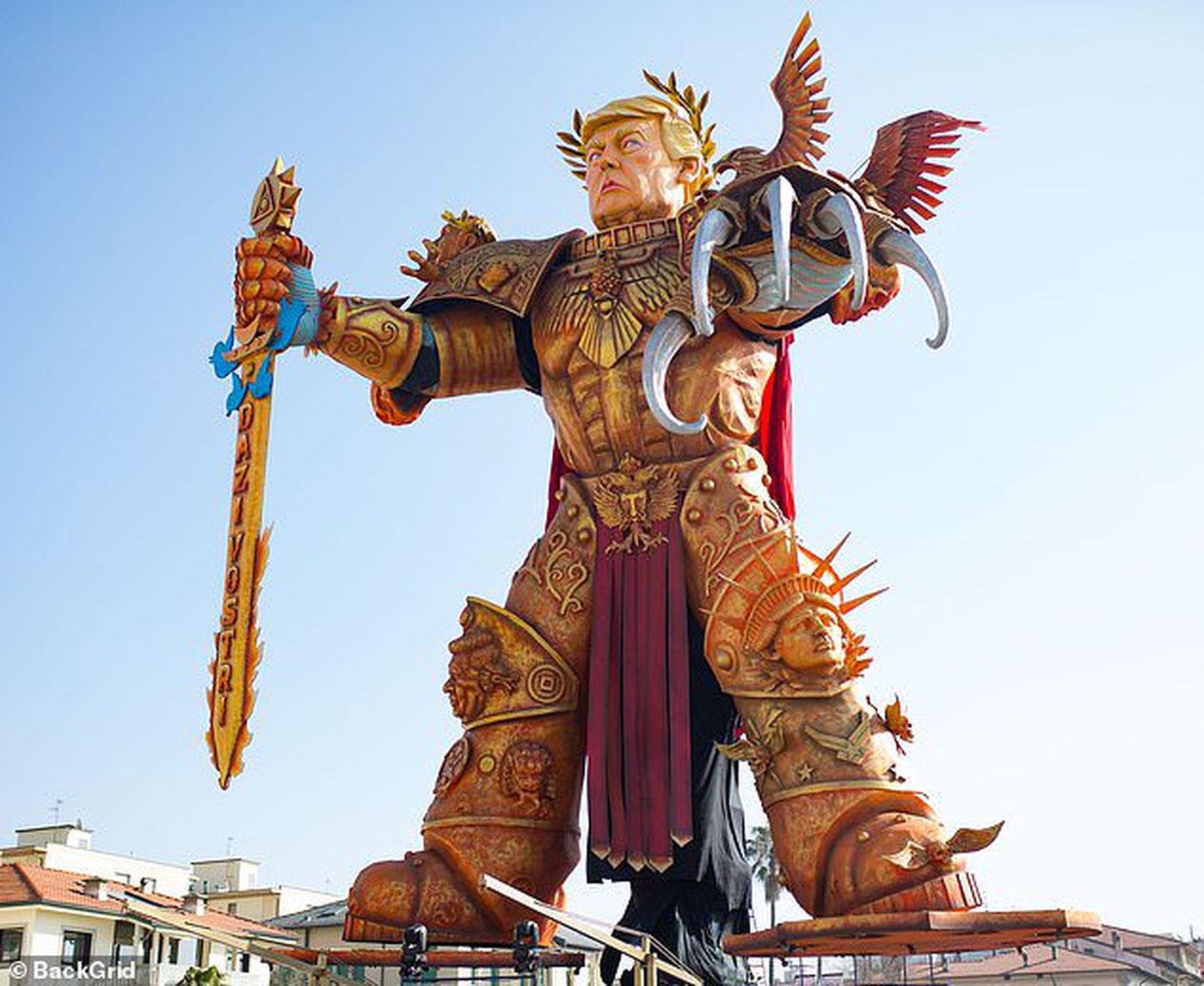 With the rest of the world locked up and getting bored out of their tree, its just a few countries like us that are starting to truly get out and about without masks. We’re lucky beyond belief. Now we can go out and party carefully – or stay in and party hard.

Meanwhile, the toppling of statues in the USA and UK has started to have a domino effect around the world, not just in busts of bronze and marble, but in the names we call our streets and cities as well. I’m following this with interest and a certain amount of amusement. While renown slave trader Edward Colston toppled into the briny in Bristol, Leopold being defrocked in Belgium (about time!) and even Churchill got bedaubed with red paint in London, even America is starting to do the unthinkable: banning the Confederate Flag from Nascar, changing the names of American army bases in the deep south, and at long last starting to stand up to the plastic dictator.

Now we’ve started to look quizzically at some of our place names as well. Already, Hamilton, city of the Future, has ripped out its statue of its namesake: Hamilton. Gone in an instant. “Hamilton was a â€œmurderous arseholeâ€ who was displayed in the city as though he was a hero” says local Huntly kaumÄtua Taitimu Maipiâ€‹. Will the name of the city go as well? Will it become Tron, or revert back to Kirikiriroa? Will the name of the city of the future be confined to the past?

What’s next then? So much is up for grabs if you look hard enough. Wellington for a start – tremendously cruel to the French of course. Killed them by the bucketload, winning the war for England. We can’t have that. Plus he was a Duke – so elitist. 1% snobbery right there. While Whanganui-a-Tara doesn’t exactly roll of the tongue to many, I actually like the name Te Upoko o te Ika a Maui better. Although autocorrect meant that I had to type that out several times before it stopped correcting my spelling. And have you heard google trying to give directions using Maori place names?

Wakefield Street is even more outrageous. I’m sure you all know about Edward Gibbon Wakefield – going from memory here, not the google or the wiki – Wakefield was a thoroughly bad egg. Locked up in prison for raping and absconding with a very much underage young girl, he dreamed up the idea of “the New Zealand Company” while in prison, and then came out here and ripped off not only the local Maori but also all the settlers as well. Wakefield, you’re just an embarrassment. Good thing that we don’t have anything else named after Wakefield, like a hospital. Or a school. Or a suburb. Or a metal trading company. A contracting company. An electrical company. Panel and paint shop. A hotel. Antique shop. Four Square. Storage company. Digital Printers. Specialist Medical Centre. Wait – what’s that? We do? What – all of them?!? Oh Lord, that’s embarrassing.

I’ll have to go and find my copy of Irvine-Smith’s book “The Streets of my City” on the origins of Wellington street names – it’s crammed with instances like this. Depending on your optics, Wellington has many people recognised in a street that may or may not deserve that honour. Names are sometimes just plain awkward…

But so are most of our (current) pakeha city names. Auckland is named after a Lord Auckland who really had bugger all to do with New Zealand. And besides, Tamaki makaurau is so much nicer to say: it rolls off the tongue. But what do we really know about Tamaki? Is the history safe to use without later embarrassment? Plus: as we know, Tamaki had a thousand lovers, and therefore was an unthinking polygamist, probably some of whom were at least a little more than unwilling, so that’s barely better. Should we be praising polygamy and polyamoressness? This history revisionism stuff is hard work.

Picton is already being questioned for the naming of their town – Picton also being a slave owner. Nelson also has horrible anti-French Marlborough is named after the Duke of Marlborough (rather than after the cigarettes) and from memory, the Duke also waged war against the French, or Spanish, or probably both at the same time. Does that make Marlborough double bad or double good? Double plus ungood? Hmmm.

Poverty Bay has already had numerous requests in for a name change – although the moniker Bay of Plenty has already been taken. Hawkes Bay, with or without an apostrophe, is full of terrible racist name tags. Napier was named after the winner of a battle against the Indians, as was the nearby small town of Clive – Lord Clive of England was being perfectly beastly at the time to the people of the Indian subcontinent. Even the street names of Napier are riddled with Indian subjugation – Hyderabad Road, Scinde Island, Simla Terrace, etc. Hastings being named after the battle of Hastings, that is recognising a whole invasion of one race over another – in this case the French won over the British, so it would seem to be commemorating some more reverse racism. But what do we believe – history as written by the winners or the losers? Here are two views of Clive – you pick which version is more real and which has been vamped up a bit…

You’ve got to admit that on the whole, America mostly has a less divisive naming policy for streets. Boring, but safe. 1st Avenue, 2nd Avenue, 3rd Avenue and so on, crossing at a pristine 90 degrees with Streets labeled A Street, B Street, C Street (right up to K Street in Washington DC). Or more commonly, 1st Street, 2nd Street, 3rd street etc – last time I was in New York I got lost somewhere in Haarlem on about 256th Street. Fun times.

Occasionally the Americans get inventive with the tried and true: Main Street, High Street, Oak Street, Walnut Street, Maple Street and the inevitable nightmare on Elm Street. God it’s boring. Efficient, but boring. Every single town in the USA has a corner of Main and 4th, or Oak and 9th, or some such boring arrangement. No offence caused except to my brain and probable mis-directed postal parcels. We can have that instead if you want?

I can understand people wanting to change their street name or place name when it is something like Gobblers Knob, or Gropecunt Lane (both real, I swear), or the people of Upper Slaughter and Lower Slaughter – or my UK favourite of Upper Wallop, Lower Wallop, and Middle Wallop. There’s a whole lot of Walloping going on over there – perhaps it is a centre for domestic violence. Even streets named for good, wholesome people of the community sometimes go wrong. Surely you can’t go wrong with a Bishop, can you? Except for the kiddie fiddling. Or a Cardinal? Oooops, more kiddie fiddling there. There’s no great calls for a Pell Road in Australia any more, I note, despite all the charges being exonerated. How about City Councillors – they can do no wrong can they? And city roads all the world over are named after Councillors and Politicians. My particular favourite in America: the George Bush Centre for Intelligence at Langley CIA headquarters.

No doubt this will be outdone by a hundred Donut Rump statues and roads at some stage in the future, if they aren’t already happening.

Or do we just put up with what we have, and face up to having to live with history in all its unpleasantness and quirkinesses? History is fascinating to uncover at times – an old girlfriend of mine lived in Duppa Street in Berhampore, and we wondered who Mr Duppa was. We figured he might have been a brewer or a cooper, or was brewing a cuppa. Actually, the truth was far more interesting and could well have been lost to history had not the street name reminded us to look him up. “One of the first men to make a fortune in New Zealand, George Duppa was a colourful figure whose lack of public spiritedness was most untypical of early settlers in this country. As a young man he was described as able, energetic, well spoken, well connected, and good lookingâ€”â€œa handsome dark eyed man with a face like a Spaniard, descended from the Bishop Duppa of Charles II’s reignâ€. He was musical and could sing well, and was a splendid horseman who could ride a race in finished style. Yet he was held in scant respect by his contemporaries and took no part in the civic affairs of the young colony; indeed, he made no secret of the fact that his guiding ambition was to make a fortune so that he could return to England to live at ease in his birthplace at Hollingbourne. The self-confident, crudely selfish, unscrupulous, and at times parsimonious manner in which he pursued this purpose finally led to the material success he sought; but it never endeared him to his fellow colonists.”

Or the tiny and insignificant Luke’s Lane in Te Aro, just off lower Taranaki St – named after a former Mayor of Wellington, who was also a distant relative of one of Wellington’s current clever architects helping rebuild the city we live in today. History is all part of the rich tapestry that is woven all around us.