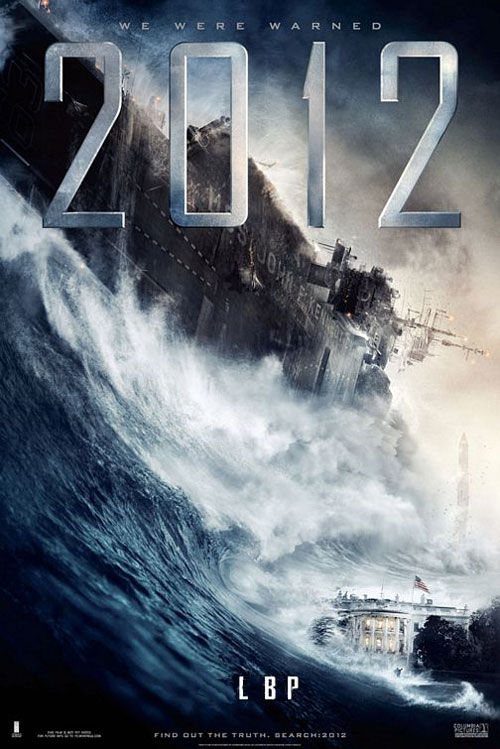 On Thursday morning, 1st March, 2012, the New Zealand licensed building practitioner scheme comes into being. From that day forward, the only people allowed to build or design anything more than just a little bit complicated than a chicken shed, are people who have the initials LBP after their name. Anything that requires a Building Consent. Anything that is to be known as Restricted Building Work. You have been warned.

Well that’s a good thing isn’t it? We have to have workers who are capable of building things properly, don’t we? We’ve got a city or two to rebuild! One down south (already munted), one right here (overdue for a good munting), and one up north (leaking like a sieve). Probably a few more bits of work in between too… Surely we’re on the road to financial sanity at last!

If you’re a regular around these parts, you’ll be well aware of all this: we wrote about this way back in 2009 in a post warning of impending bureaucratic nightmare. A summary then: the Building Act was changed in 2004, to address issues raised by the leaky building crisis. After much canvasing of the construction industry, and much perusing of the Australians (especially those from Victoria), “we” (ie New Zealand – ie the DBH) decided to emulate our Victorian cousins and introduce a similar scheme of Licensed Building Practitioners. It has been delayed a few times already, due to an intense lack of interest from the people it was meant to regulate, but here we are, 8 years after the Building Act became law, and, by all accounts, we have got a bit of a minefield of bureaucracy coming up.

How shall I bore you? Let me count thy ways….

Wrong.
â€œIf you are applying for building consent from 1 March 2012 your building design must be done by a licensed designer, a registered architect or a chartered professional engineer.â€

But it is a little more complicated than that. Licensed Building Practitioners can be registered in Design in one of 3 classes. Class One is the lowest class – so don’t get it muddled up with First Class. In the case of the LBP, it’s Third Class that is First Class. So: a basic class one Design can be done by someone registered as Design Class One. That’s your bog-standard, mass-produced, single-story, non-fancy type home. The sort of crap that Versatile buildings churn out. There are currently just 7 people registered as Design Class One in the Wellington region as of Sunday 26 Feb: 3 women, 4 men. Clearly not a popular choice: perhaps this is the zone for the unambitious.

Design Class Two is somewhere in the middle. That means a bigger, more complicated house, with a few fiddly bits. The sort of house that gushy people on TV prattle on about, in adverts for GJ Gardner, although their squeaky-voiced anti-architect presenter has been ditched for reasons unknown. Design Class Two registered people can also design Class One buildings too. There are 58 people currently registered in this category in Wellington. That’s still not a heck of a lot.

Design Class Three is at the top of the scale. Think of it like being a 3-star general, capable of planning any kind of complex buildings. Curiously, there are only 13 people registered in Wellington under this category, with a few names that I recognise from Project Managers around town. These are the people who are now legally deemed capable of designing any complex building in the country. So, if that’s all, then where have all the Architectural Designers gone to then? When the figures were touted up a few years ago, apparently thousands and thousands of people said that they were designers in the building industry, dwarfing the architects, who were clearly just a small sub-section of the total. Have all the ADNZ members sold up and gone to Tauranga to corner the retirement market? Or have they all flocked to Christchurch to help draw up the rebuild? Are they on this list at all? And what about the Architects and Engineers? Where do they fit in? They’re obviously not on this list either, are they?

Architects and Engineers will therefore not show up on this LBP list. Although they’re “treated as if they are licensed”, they’re actually not allowed to be licensed as such, under clause 291 of the Building Act:

291 Automatic licensing of people registered under other enactments
(1) This section applies to a person who is registered, licensed, or otherwise recognised under any other enactment (for example, a registered architect), but does not apply at any time when that registration, licence, or other recognition is suspended or cancelled.
(2) An order made under section 285 may treat the person as if they were licensed in a class or classes specified in the order.
(3) A person who is treated as being licensed in a particular class or classes under subsection (2)…
may not apply under this Act to be licensed in another class that is substantially equivalent to the class of licensing in which he or she is treated as being licensed.

So, while the DBH sells the virtues of the use of the new LBP logo:

So, Architects and Engineers are forbidden from having the badge of “quality mark, awareness, and trust through brand” – you’re stiff out of luck at using that logo. Of course, if anyone illegally uses this logo here, they’ll get caught out too. It is the wrong colour. Ha! That’ll teach you!

While Engineers can use this logo:

Architects can use this logo:

…which, admittedly, no one knows what it means, as it has no words associated.
So they had really better join the club so that they can use this logo:

There’s a little bit of illogicality here, as Architects and Engineers are lumped together in a group of Design Class Three equivalents. Forgive me if I’m mistaken, but you wouldn’t get an Engineer to design your house, nor get an Architect to size your beams for the EarthQuake proofing…

So – that’s that for Design. There is also the curious question of those with the Site license – of which there are again 3 Classes. Site Class One, the lowest level, has 100 people registered – and not a single one of them is a woman, by the looks of it. They’re all Bruce and Wayne, David, Peter, and Gary. Bloke’s names. And look, I think that Architects and Engineers are automatically deemed to be Site Class 1, 2, or 3, as well. But I might be wrong there. Look: it’s complicated right?

Are you following all this? Do you even care? Do I ? I dunno. It’s exhausting. There are about another 14 categories of tradespeople, such as specialists in Foundations, Carpentry, Brick/Blocklaying, Roofing, and External Plastering, etc, which are probably more self-explanatory, as they are then further divided into more sub-categories: Metal Tile Roof, Clay and Concrete Tile, Membrane Roof, Liquid applied Roof, Torch-on Roof, etc. All clear?

Last bit here: the DBH says: â€œFrom 1 March 2012 changes to the Building Act 2004 mean that building work (including design work) that relates to either the structure (load-bearing walls; foundations etc) or moisture penetration (roofs; cladding etc) of homes including small to medium sized apartments will be classified as â€˜Restricted Building Workâ€™ (RBW).â€ and then goes on to say: â€œFrom 1 March 2012 critical building work that is known as Restricted Building Work, must be done by an LBP (Licensed Building Practitioner).â€

So that’s it then. We’re going this week from a situation where any person, anywhere in the country, can design anything they damn well please, and get whoever they can rustle up to put it all together and call it a building – to a situation where only the registered can design it, only the registered can be in charge of it on site, and only the most competently registered souls can actually build it. That’s a pretty big turnaround in a week. Not only are there penalties for you if you get a non-licensed designer to design it, or a non-licensed builder to build it, the builder themselves could get in trouble as well if they are not licensed, with fines of $10,000 or $20,000 or more being noted as possible, as already happens in Australia. Coupled with that, the person in that exhalted position of being the Licensed person will have to personally sign their name on the paperwork associated with that building, for the rest of time. If something goes wrong, your name is on the line, literally, and your arse is toast, metaphorically.

Its all a good move though, surely. As long as all our talented builders don’t just go off to Australia, fed up with the bureaucracy left behind….