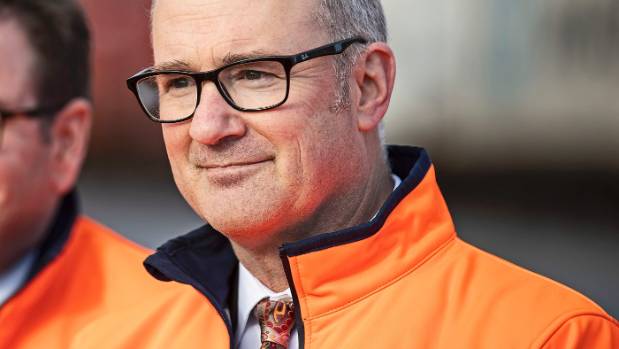 So the details are finally out. The way out of the Housing Crisis is to build our way out of the crisis. This is a Big F….ng Deal – the whole world will be watching. After years and years of the world – and especially New Zild – following the free market doctrine of “The Market Knows Best”, this Labour government is going to build and build and build.

Details released on Wednesday show that the scheme will differ around the country, meaning that it recognises that not everyone can fit into a “one size fits all” solution. Let’s ignore Auckland (as anyone reading this will probably be from Wellington), despite Auckland being the place where most of the KiwiBuild housing will get built. Where this concerns Wellington: a house for $500,000 for a single person earning up to $120,000 or a couple earning up to $180,000 per year. That covers just about every person in town – how many people do you know earning $120,000 per year? Certainly not excluding young architecture graduates just starting out in the world!

Already, apparently, people are rushing to get their name on the list, and who can blame them? There’s nothing to lose – and a lot to gain – and most people who get a new home aren’t going to flick it within the first 3 years. Hell, don’t most people stay in their first home for more like 10 years? Especially a warm, dry home after the years of flatting in cold damp houses? My guess is that people – young workers – are going to be cashing in their KiwiSaver to get their KiwiBuild underway. So the money is still staying within the system, if you look at it that way.

The next big thing, of course, is how we are going to get them. Minister Twyford is sending some pretty large messages out to the construction community: provide us with the homes, or we’ll buy them from overseas. He has indicated strongly that Prefab is likely to be only way to go, with the logic being that we cannot continue to build slowly, one house at a time. So, not like this:

I think that the Government are looking at 1000 houses in the first year, and up to 12,000 houses per year after year 3. Fletcher Living have announced that they are building a factory that will pump out 1000 houses per year – that is roughly 3 completed houses a day – being driven out their door. Stuff have actually built a special Tracker to keep track of the numbers, which you can see right here.

But so a big factory from Fletchers won’t save the world. We would need another 11 factories like that. So what is going to give? Who else is building houses on that scale? In New Zealand? Hmmmm. Not many, if any, Aunt Fanny. But overseas? Ramping up their engines already. Coming your way soon: cheaply-made houses from China, with Chinese materials (or possibly even NZ radiata pine we grew and then sent them as logs?) made by cheap Chinese labour. Complying with NZ Building Code?

We (NZ) need to get it right, or this could be an even bigger disaster than the Leaky Home saga, which started right here in NZ about 30-40 years ago, when the then Government changed the rules over the Building Code. Nobody wants to go down that road again – our Building Code is already pretty crappy – so we need to make sure it is not relaxed at all, but strictly upheld and hopefully exceeded. What hope of that happening? Phil?