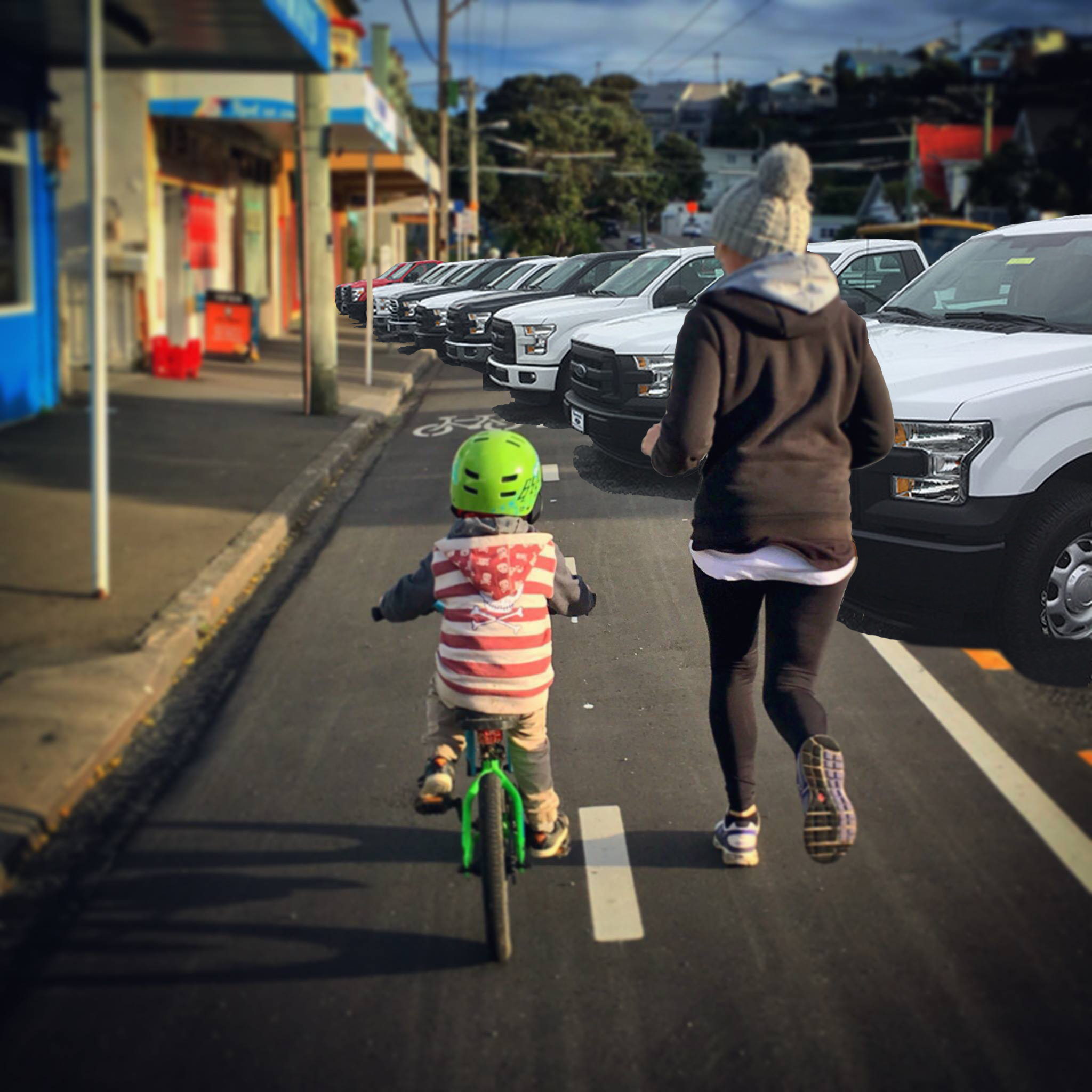 At long last, it seems that a resolution has been reached on the Island Bay Cycleway. The Working Party, a coalition of local residents, local businesses, and Council representatives, lead by Labour deputy Mayor and local Councillor Paul Eagle, has come up with a plan to finalise and resolve the somewhat controversial Island Bay Cycleway scheme. The project has been mired in controversy from the first day – or, actually, well before the first day, as locals could not be bothered to attend the public Open Day explaining the scheme.

Led by local residents, incensed that they could not continue to park their cars outside their own Council-owned verges as before, and with the dramatic reduction in on-street parking from “almost everywhere”, to a mere “nearly everywhere” rating, the local residents, encouraged by Eagle, have been loud and consistent in their bitching about the project. Strident cries echoed out for months that the Council plans, as designed and partially built, would be a “killer” cycleway and would endanger old ladies, young children, car users, local pedestrians, and even the very people the cycleway was designed to protect. The death toll in Island Bay was loudly expected to grow from its current Zero to a figure far higher than that (possibly even One).

Curiously, despite the “killer” tag the Cycleway had gained, the death toll figure has stubbornly sat at nill, despite local residents stopping the track from being completed safely. Road markings litter the road, some partially blacked out, others still original, so that both local residents and “people from the outside” exist in a state of confusion over whether the cycleway is to their left, or even further left. Pandemonium reigns. Locals have stated loudly that the road as exists with the Cycleway installed is too narrow to be used safely, despite it still being wider than standard Wellington roadways.

An unofficial policy of deliberately parking partly on the cycleway just to thwart the safety of any possible passing cyclist has been undertaken steadily, encouraged by the unstinting enthusiasm of the chief harridan leading the group. This policy of parking on the Cycleway has been such a huge success that it is now to be formally encouraged by the Working Party. The demi-mayoral delegation was unsure whether the localisation of the decision making process would actually work, and whether the wishes and desired of those irritating cycle-advocacy groups could be safely ignored.

The joyful news is that a resolution has been reached by the strident group. Careful coordination with the local cycling advocates has been carefully avoided for fear of cross-contamination of ideologies. The scheme as proposed is remarkably precise and efficient. Cyclists, small in numbers (and growing) though they were, are to be moved safely off the killer cycleway, back to a position of central importance, sharing the primary roadway with cars and heavy vehicles, where they will be much more easy to see and to aim for. This move should give confidence to all those local parents who had been keen for their children to learn to ride in a safe environment, and who were fearful of using a route labelled as a killer. With the complete abolition of the cycleway, child cyclists can once again cycle with impunity, and be able to see their favourite vehicles from much closer up. Watch the trucks go by! See the big yellow digger from less than a metre away! Be the envy of all your friends! Get hit by a bus! Break one leg, get one plaster cast free!

The key action, on awaited by locals, is that the return of the parking will have a boon effect on locals visiting each other after work. No longer will a laborious walk have to be made to visit people on the next block – now they will once again be able to drive right to the door. This time, however, instead of a scheme which cuts 10% of on-street parking, interaction has been promised with the advent of a new and exciting improvement for the area: angle parking for 4WD vehicles! “It will be a much more manly atmosphere” said the local spokesperson. Yes indeed, angle parking is to be introduced to take up the space where the disused Cycleway would have sat, and this will promise – not a 10% reduction, but instead a 50% increase in parking! And a free set of steak-knives! But wait, thereâ€™s more!

Vote for this now, and you can get a second Cycleway deleted for free! Yes, for every 100m of Island Bay Cycleway that is deleted, the working party will throw in the promise of helping destroy another 100m of Cycleway elsewhere free! Worried about that pesky Hutt Road Cycleway taking up all your much used footpath? Donâ€™t be! That can be fixed too! Act now. Offer closes at mid-day, Saturday.

Once the new parking scheme has been fully implemented, Clr Eagle promises that consultation on the idea will be undertaken, to see what the Council should have done instead.