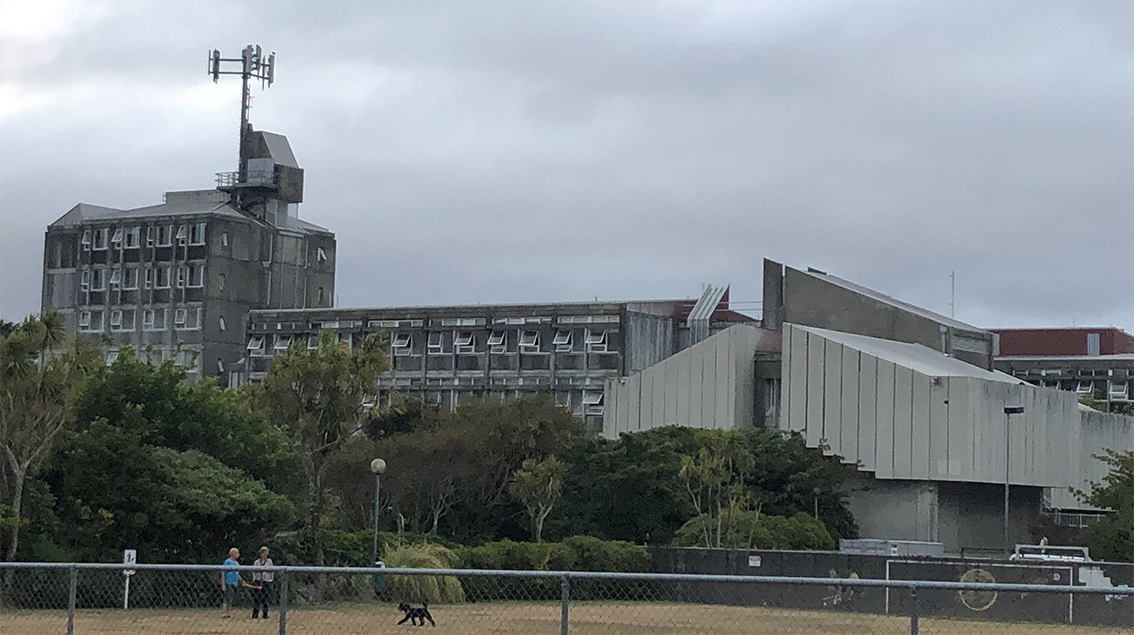 Awkward and uneasy news this morning from giant insurance company IAG – or was it AIG ? that they may not be going to issue any more insurance for the Residential market in Wellington, due to the perceived risk. That’s…. not welcome news. Possibly, even, it is the sound of the death bell tolling for the future of Wellington as a city. It is almost certainly the death bell for the future of people building, living in, buying, and selling apartment buildings in the city. It is a really seriously big story – huge, damaging news.

Here’s why. I live in an inner-city apartment building, unit-titled into various different sized apartments. As apartment buildings go, it is not too bad – certainly better than most, but it is developed from a previously commercial building, like many are in Wellington. In the depths of the Unit Title Act, it requires that a Body Corporate be set up, and that it be the responsibility of the Body Corporate to arrange Insurance for the building. Insurance is not an option – it is compulsory.

Looking back through the records, in 2000 the bill for insurance was about $20,000 a year (for the entire building), inching up to $25 to $27,000 a year. That is handleable, as insurance is only one part of the Body Corp bill – there is also Maintenance, Electricity, Cleaning, etc etc. We aren’t worried in our building about falling down in an earthquake, as the building is quite strong already, so it does not need any earthquake strengthening. Others may not be so “lucky”. Each year our Body Corporate would seek quotes for insurance – and get back 6-7 quotes each year, mostly around the same level, with just one outlier – the crazy Brits – with Lloyds of London quoting over $100,000 for insurance – roughly four times the cost of everyone else.

After the 2010, 2011 Canterbury quakes, things changed – and only got progressively worse in 2013, 2016. All the NZ companies have gone bust, pulled out, and/or been taken over by the big Aussie companies. In turn, the big Aussie insurance companies have now pulled out of the market, leaving the big multi-nationals, like IAG. And now they are pulling out as well. In the mean time, Lloyds are still on the wings, but their offer is now over $150,000 per year and edging north. So, currently, while wages have gone up by perhaps 2% per year (if you are lucky), insurance costs have gone up by six times, over the last 8 years. That’s….. untenable. It also makes your property… un-tenantable. And unaffordable.

It also makes the dream of inner-city living take an immediate dive. Who is going to buy a Wellington inner-city apartment if they have to pay insurance costs 4 times higher than their rates bill? Makes the mortgage look tiny by comparison. Those who already own apartments are going to find it increasingly hard to sell them, and those who have to move to Wellington will find it increasingly beneficial to rent a house in the suburbs, instead of an apartment in town. Our Body Corp will have paid out well over a Million dollars in Insurance money over the last decade, with not a cent of that going to improve the building we all live in. Self-insurance is a much more palatable option, but it is currently forbidden by NZ Law.

But wait, there’s worse! The demise of almost brand-new buildings like Statistics House, Defence HQ, BNZ Harbour Quays, has, I suspect, rocked the property owning world to the core. There has actually been a much larger number of buildings demolished (quietly) than the industry has really let on – it is not just a couple of high-profile cases, but instead the number must be reaching 20-30 by now. The Defence Force site sits empty, as does the nearby ICI house (in one direction) and the one with the pointy roofs next to Old St Pauls (in the other direction). Meanwhile Athfield Architect’s St Paul’s Apartments are having their 2nd or maybe even third reclad, despite being less than 3 decades old. And those are the buildings on solid ground…. imagine what the property-owning companies think about buildings standing on shaky grounds.

I’m really worried for the future of Wellington. The more incompetent our Councils become, the less workable our transport system is, the more Government will face calls to move the centre of power away from Wellington, and when that happens, it is Game Over for this wonderful little city. I don’t want to go and live in Auckland – it is a horrible place that lost its will to live many years ago, and I can’t wait another 20 years to get it back up to speed again. Christchurch has never held any allure for me – too flat, too boring, too stuffy, with ridiculously stupid transport planning. Oamaru is a fine architectural town, with many fine penguins, but not too much work for new architects. Invercargill is… well, let’s not go there.

Wellington has got only ONE chance to make things right again. We need to change the laws and rules around insurance. We need to sack the entire Regional Council and cut off their heads, sticking them on spikes and hoisting them above the ramparts to warn anyone else not to fuck with our buses and trains again. We need to find out who or what are the plonkers who are holding up LGWM, and get those responsible to physically start building new infrastructure with their own bare hands. We need to give Lester a giant slap to stop him pissing about with stunts like coloured grass at the Airport, and concentrate on getting coloured plaques off building facades in Wellington, by strengthening the buildings concerned to well over 100% of the strength required. And we need a system where building owners can afford to sleep safe at night, without going bankrupt in their beds.