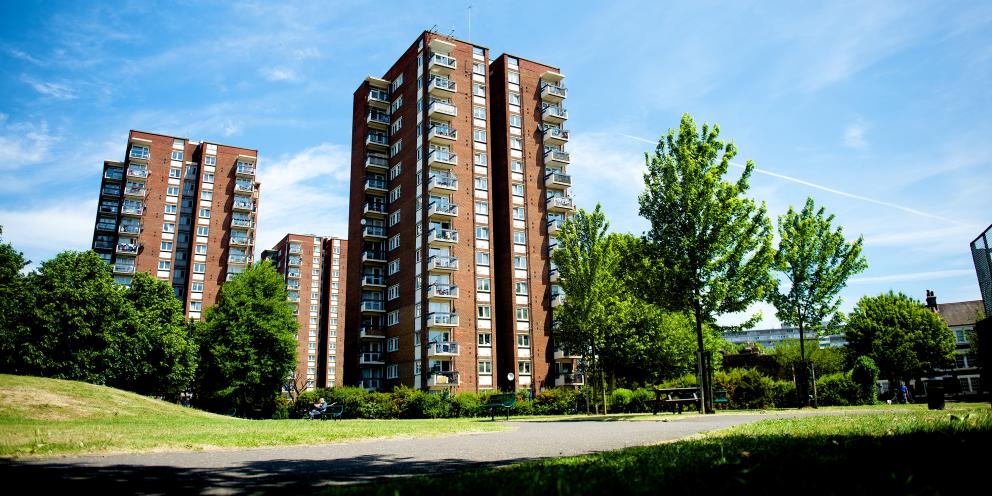 A couple of years on from the horrific Grenfell fire, the British authorities are still trawling through the ashes (so to speak) to find out what went wrong and what they should be doing to make it right. Other countries appear to be acting just as fast – or even faster.

We asked at the time: “I donâ€™t know about you, but some questions spring to mind pretty quickly: was the building sprinklered? If not, why not? Were there two exit stairs? Were they in fire-proof shafts? Was the alarm working? Why didnâ€™t the building evacuate in under 4 minutes like they are meant to? Was someone working on the building who may have blocked off access to or from the stairs?”

Some of those questions are relevant – some have been answered, some are irrelevant. You can see the answer to some of these questions in the plans posted here – only one single escape stair for a building 24 floors high, no smoke lobby, no pressurisation, no sprinklers, – but actually, a really short quick trip from the door of the apartment to the stairs, from any one of the apartments. About a 10m dash. As easy as anything, if they had only told people to evacuate, or at least go to the stair core and wait.

But what are the Poms doing? British housing authorities are slowly replacing panels on the outside of buildings – very slowly, it seems – with the Guardian reporting that it could take 5 years:
“Across England, tens of thousands of people are still living in 354 high-rise residential buildings that require their wall systems to be stripped off in the wake of the Grenfell Tower fire, which claimed 72 lives. In January, work began on just one of the affected buildings and over the last two months work is only being completed at the rate of six buildings a month.”

“Ministers have released Â£400m to help pay for work on social housing blocks and 41 of the 158 found with dangerous aluminium composite cladding have already been fixed. But the owners of 173 private towers have been far slower to act and have largely ignored government threats to intervene unless they pay for the works, which can typically cost in the region of Â£5m to Â£10m per building. Only 10 private buildings have so far been fixed, 21 months after the disaster, despite their cladding being deemed an illegal fire risk.”

“Leaseholders in privately owned high-rise buildings in Bromley, Manchester and Salford are among thousands of people who have been in dispute with freeholders over who should pay. It has made some residents sick with stress-related illnesses. Property tribunals have ruled that leaseholders rather than freeholders should pay, which has left some facing financial ruin, with bills of up to Â£80,000 per flat. The housing secretary, James Brokenshire, said that building owners and developers would face action unless they paid and has told councils to step in and carry out works and recoup the costs. However, councils have said they do not have the powers to do that and that financial backing has not been made available.”

That seems to say to me that the building owners are tackling only one part of the issue – the non-fire-rated cladding. To my mind, that is the least of their worries. The issue of only one stair is of major concern to me, and the fact that it is a non-pressurised stair is also a shocker. Let’s assume that every tower block in Britain has only one stair, and that it is in the centre of the core, in the centre of the tower. Actually, that’s not quite true, as there are some towers, like Goldfinger’s Trellick tower (above) in Notting Hill, that have an external core with external lifts and stairs. Aerial walkways over to the main residences. Most, however, have a central core. I’m wondering – how hard would it be to produce an extra shaft for another stair-shaft and a large pressurisation duct? Would that cost as much as “Â£5m to Â£10m per building” ? Or less? Or more?

There’s another guaranteed life saver though – the need to sprinkler the building from tip to toe.

Let’s examine what sprinkling means – one pipe rising vertically, within the building core, possibly even on the landing of the stairs. Easy. 24 floors of building, 24 holes drilled at 100 quid per hole – that’s the hard part installed. Total cost so far = 2400 quid. No need for scaffolding, no need to have a long, expensive installation process.
Now for the sprinklers – between 6 and 10 needed per apartment, and at 6 apartments per floor, then we will need 50-60 sprinkler heads per floor. In NZ that’d be about $200 per head, ie $12,000 per floor. Let’s double that, for pipes etc and buggeration, and say $25,000 per floor. Even then, with 24 floors at $25,000 per floor, that’s only $600,000 per floor. But almost guaranteed no more live lost, ever. And still saving 4.4 million to 9.4 million per building.

I dunno about you, but I’m very tempted to go over there and do the job and pocket the change myself.