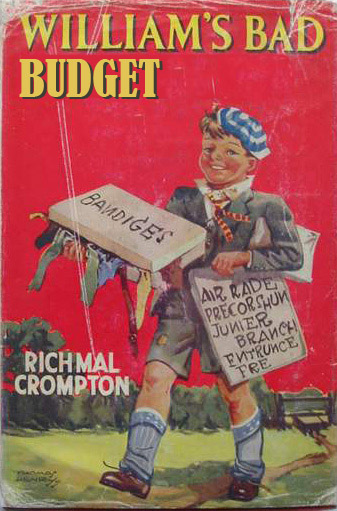 A curious budget from a very curious Government. Personally I would say they are fairly rudderless, clueless, and without any logical dogma, but they do seem keen to pursue a path of selling off things we already own, and expanding out into land that is far from the city centres. Both points that seem morally and logically bereft. Winston Peters puts it pretty bluntly: “Never in the history of this country has a government so blatently cooked the books.”

Bill English gives the strong impression of being continuously amazed that he is still allowed to wear long trousers, let alone stay in his job, and cracking new website The Civilian has exactly the right tone of this seemingly clueless Finance Minister, noting that:
“At a private media event unveiling the Budget this afternoon, English told reporters that he was â€œcompletely guttedâ€ about the fact his printer broke, and described it as â€œpretty much the worst luck ever.â€

English and Nick Smith have fallen for the old Demographia chestnut that house prices are high because of the lack of availability of land, and that by freeing up more land, house prices will miraculously come down. By this account, land at Mount Maruia should be at rock bottom prices, seeing as it is far away from any centre of civilisation. It is pretty easy to see that this is not the key reason that new house prices are high: the simple fact is that house prices are high because house sizes are high. At over 200m2 per average house, house sizes are simply being built too large for first home owners. Builders can make more profit from making larger houses, and without legislation to force builders to create smaller units, this is unlikely to change. Fifty years ago, sections were created with very little in the way of amenities, and the council largely kept right out of it. Now, services must include sewerage, fresh water, storm water, electricity, broadband, etc, and the developer has to pay a percentage of the site price for the Reserves contribution. The Government plans to delete some of this red tape – stopping the development levy? Reducing Resource Consent costs? Cutting urban design assessment panels? Oh no – I forgot – they don’t even exist in the first place. You can build what you want in this country, as crap as you like…

The mortgage rates available at present are the lowest they have ever been in the history of the World / Universe, and so in theory this is the best time ever to buy: yet no one is buying. Banks are advertising madly, awash with cash that they literally cannot give away, and yet the house market is still stagnant at the lower edges. People buy houses when they have confidence in their job continuity, and a foreseeable chance to pay off the mortgage. In this current deathly environment, people won’t commit to buy.

In Auckland, land for housing is freely away a long way away, reachable only via already heavily congested roads: making more outer suburbs will only make traffic conditions worse, never better.

In Wellington, we are in theory in a lot better place. According to English, the Government has already been in discussions with the local Councils, so Wellington must already know what it is going to do. Mayor Wade-Brown has made it clear that she views the regions for redevelopment as being Kilbirnie and Johnsonville, yet the residents of J’ville at least are squealing that they are not a brown field, and don’t want to be treated as one. It’s going to be an uphill battle.