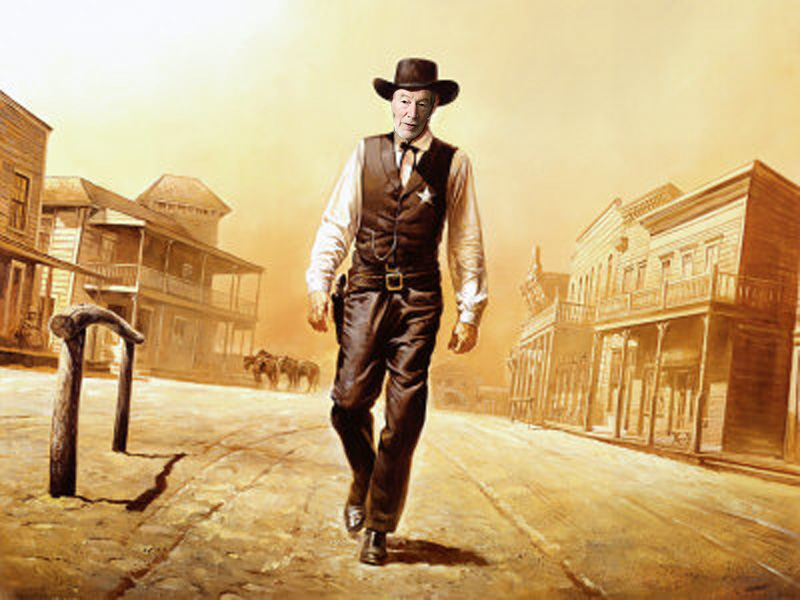 So: Athfield is taking the issue to the bridge – or, rather, the Ring Road. Issuing a statement like “Either the One Way system goes, or I go” is surely inviting brinksmanship in a battle of nerves down in Christchurch.

We’re still not sure if who or what the rumoured super ChCh anti-EQ Authority is yet, but the NZIA’s much-vaunted Architectural Ambassador looks to be laying tracks for his own escape route. High Noon indeed, when you’re playing a game of chicken with the Traffic Engineers. For years now Christchurch has had its central city defined by the flow of traffic, set by the all powerful traffic department at CCC. Just like the traffic department here in Wellington at the WCC, and presumably like the ACC in Auckland, it’s difficult to win one over the traffic bods. Tedious people that they are, they will keep on insisting that cars come first, second, and third place in importance – pedestrians and cyclists always just a tacked on afterthought. Ath is going head to head to try to change that: whether the people of Canterbury want that or not.

But it is not just Ath who is taking the issue to the people. We have a strange situation in Aotearoa at present – with Len Brown launching a mammoth train set on Auckland (and Don Key / Red Hide looking decidedly glum at the prospect on TV last night), and then Celia W-B looking even more odd by agreeing to a mass of roading projects in the capital, despite standing on a very strong anti-roading package. Just what is happening here?

“Key elements are:
â€¢ A duplicate Mt Victoria tunnel, possibly at the end of Paterson St. This project was then estimated to cost $217 million. Ruahine St at the southern end of the tunnel would be turned into a four-lane expressway to the airport.
â€¢ Improvements to speed traffic flows at the Basin Reserve. This could include a flyover or tunnel at the northern end of the basin. The estimated cost of this project was $36m.
â€¢ A second Terrace Tunnel estimated to cost $150m.”

At ‘Eye of teh Fish’, we’re quite fond of tunnels as a way of getting round the city – and I’m strongly of the opinion that if the Ancient Ones (the builders of Wellington around a hundred years ago) can whack in a few tunnels, then so can we, in our more modern, safer, faster society. While more roads just fill up with traffic, more tunnels really do have the ability to improve life for some people. A second tunnel through Mt Vic for instance, means that it may be possible for pedestrians not to have to share the vilely polluted air or have their ear-drums rent asunder by happily parping car drivers. A second terrace tunnel could mean traffic flowing smoother in an out of the city – although, not while the Inner City Bypass clogs it up a hundred metres away. Fix one problem, and there is always going to be the next choke point to have to resolve…