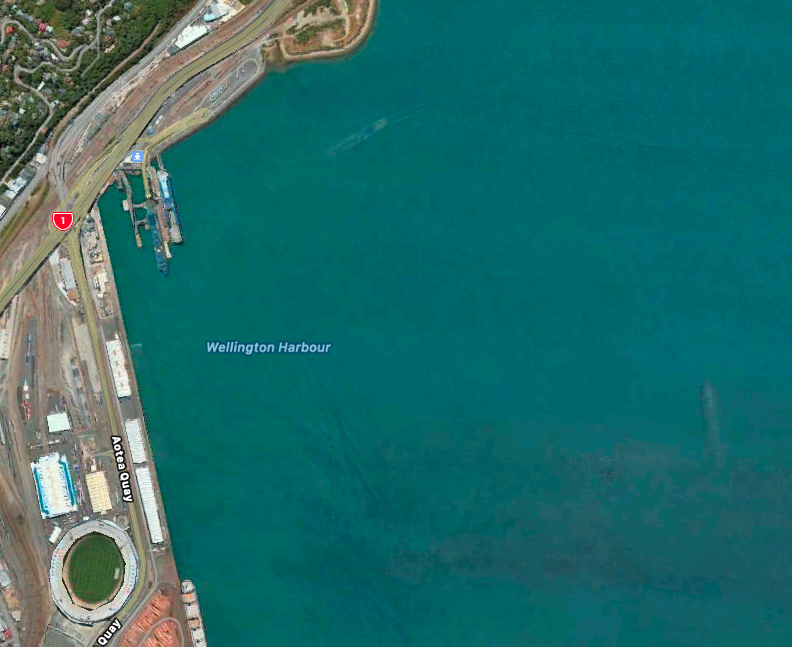 Ghost ships have been sighted in Wellington Harbour this morning – faint blue outlines of something, lurking beneath the waves…. Is it a relic from a bygone era? If so, why haven’t we seen the wreck before? There have been many shipwrecks in Whanganui-a-Tara over the years, of course, with at least 8 wrecks out on Barretts Reef alone, but what would cause a large ship to sink just off the shores of the Ngauranga reclamation island? Is it a secret spy mission, briefly caught by high-end satellite image processing? Can we blame Obama for this one too? Will the anti-immigration trolls be snapping at the heels of those who have clearly let in two new cases of plague-ships?

I know – briefly exciting, but in the end, nothing to see. Clearly a modern ship, or two, painted blue. I blame Avatar of course…. At least Mick Jagger would have painted it black….