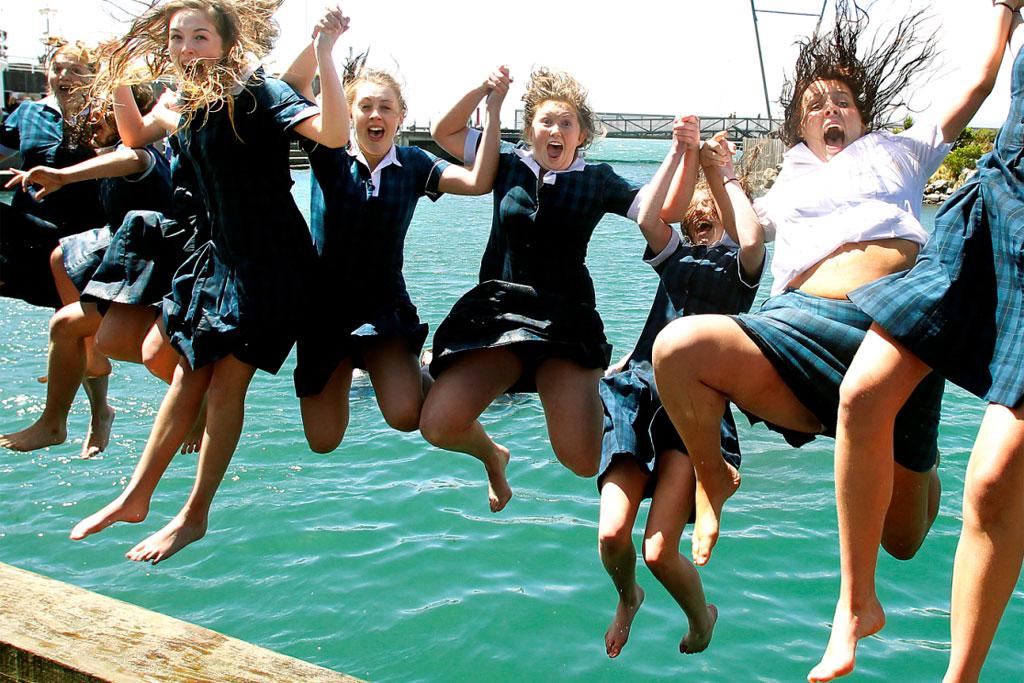 Ten ways to get in trouble in Italy

“As Rome and other Italian cities continue their crackdown on â€œuncouthâ€ behaviour, you might get in trouble if you do any of the following:

Wellington is not Italy, as those astute among us have noticed, and so those rules above need not apply – at least, not in full. Some of these rules, arguably, probably should though. The Guardian today reports that tourists face fines of 250 Euros for sitting down on the Spanish Steps, which seems a little unfair, seeing that there is literally nowhere else to sit in Rome. But of the heinous crimes listed above in Italy, are there any of these that would apply to Wellington? Or are we, literally and metaphysically, the exact polar opposite? Let’s look at these actions one by one.

Seeing as Civic Square was our only “piazza” of any note, and eating your lunch there on the steps was encouraged, it seems we win on that one – doing the complete opposite to the uptight Romans.

A little difficult to assess, as we don’t currently have a working public transport system within Wellington. Certainly have never seen anyone singing – drunk or not – on the number 3 bus. Dammit, we don’t even talk, let alone sing.

We have zero drinking fountains. Why is that? Is that something that a new Council candidate would like to stand on? We just sell plastic water-bottles instead – wrap your lips around your plastic Pump.

In this weather, not likely. And besides, Ben Hana has been dead for many years now. But it is not really a thing here, any time of the year, except on Oriental Parade. And so far, despite the advent of Women’s Rights, it is still an exclusively male preserve.

For us that means the Plimmer Steps. Behaviour not seen. Catch an Uber from the top and meet people with your bags at the other end.

Substitute Lagoon for Fountain and it is pretty much encouraged, especially for a girls school at the end of the year who like to jump in fully clothed, while the Dom Post sends an obligatory photographer to catch them mid-jump, or to sneak out a quick look at semi-frozen teenage nipples in wet white shirts.

Canals in Venice are like Roads in Wellington – they are the main means of getting from A to B. I confess to walking barefoot in the rain with the volume of water coming down the gutter on those rare yearly deluges.

I’m with the Italians on this one – mandatory death sentence to anyone feeding pigeons as far as I am concerned. I can’t think of a more ugly, stupid, irritating bird. Can’t we train Zealandia’s burgeoning stock of Kaka to hunt and kill pigeons instead of trees in the Botanic Garden?

Petone is a beach town near Wellington – with an annual sand-castle competition – so that one is beaten completely as well.

Noisy shoes? You’ve got me there – we have no equivalent. Possibly noisy adverts for shoes? Banks Shoes, yeah yeah? Do they even still exist?

I think this shows pretty conclusively that Wellington is for the most part, the complete opposite to Italy.