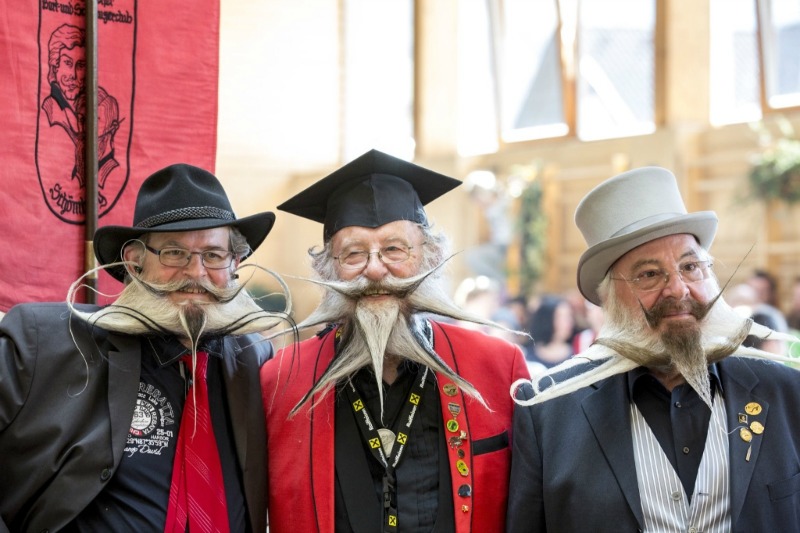 Voting season has opened – for candidates to put themselves forward – and in September, we (the populace) get to vote. We will have a choice of candidates for both City Council and Regional Council: but how do we get the candidates we need on the playbill in the first place? Intelligent candidates, not just a bunch of old gray-haired buffoons.

We have, it would seem, a wee bit of a crisis on our collective hands when it comes to politics these days. Where once the status and responsibility of being a Councillor or Member of Parliament would have attracted the very best of society, I have this strong suspicion that today we are attracting only the dross. There are some exceptions of course: Daran Ponter on GWRC seems to have his head and his heart in the right place, while Andy Foster and Chris Calvi-Freeman are both holding the fort in our Wellington City Council. I’ve not much hope for anyone in the Hutt Councils, or in Porirua: I’m sure they are all very nice people, but seem to be largely lacking in experience, intelligence, and innate ability to organise themselves into a coherent policy – and by proxy, thereby probably incompetent at running a city or a region. Harsh words I know, but true, or true enough.

“Our goal is to ensure the Wellington region has a world-class integrated public transport network.”

However: relying on a functional Regional Council on the back of just one candidate – the erstwhile Mr Ponter – is not a recipe for success. Indeed it is a recipe for disaster. Luckily for us in the region, several of the incumbent elements of dross have decided to self-select themselves out of the running – Laidlaw being the obvious one, having led the region into a bustastrophe of impending carmageddon, destroyed the region’s trolleybus network, dictated a series of “hubs” without actually building hubs at all, generally making the entire region pissed off with his (in)actions, and backed up with several others of equal ineptitude, who coincidentally are also packing their bags and making for the border in haste.

Things are not, to be perfectly honest, all that much better at the City Council either. Of Hutt Council, with Ray Wallace at the helm, I hold little hope for its future as a coherent functioning body. The man is a prize plonker with little understanding of what makes a city really tick: he wants more motorway lanes leading into Wellington city. If he was truly rooting for his own constituency, he would be pushing for his own city to be rejuvenated, rather than smoothing out the road leading out of it.

Of Porirua, I met Mike Tana and his rival Anita Baker the other day, and both seem nice, but I don’t know if they really have what it takes to lead a city. Is Porirua really even a city itself? Or just a silly graphic of a smiley face, ruling over a city centre that consists only of big-barn retailing, a motorway interchange, and just two multi-storey buildings, of which at least one has been converted from offices to apartments. Let’s face it – Porirua is just a working-class suburb, and its not really a city at all.

And of Wellington, I had hopes for Lester at the start – perhaps I too was persuaded by his 1950s era haircut, his youthful appearance, his endorsement by the hapless Wade-Brown, who herself was fatally hamstrung by mouldy old codgers like John Mystery Morrison. But Justin Lester has become a Lustless Jester, with a miserable record while at WCC of getting anything done at all. Lindsay Shelton over on the Wellington Scoop website has been hosting a series of articles by a series of people, listing the extraordinary lack of any coherent action by the WCC, headlined of course by the debacle of Civic Square, Town Hall, Library, Municipal Buildings, Civic Buildings, and Capital E’s original subterranean home beneath the broken pyramid.

WCC is keen to spend money on a Convention Centre, which honestly seems to be an un-asked-for bauble that will only cost us money; but has developed a toxic relationship with what would have been the main drawcard, namely a movie museum from our once brilliant and now reclusive movie mogul magnate; WCC has proposed a performing Arena down on the waterfront, on reclaimed land that has already destroyed 7 buildings at CentrePort and is currently destroying the 8th one, and coincidentally is also the preferred proposed site for a new ferry terminal / cruise ship terminal, as seemingly WCC and GWRC did not confer on their plans for essentially two buildings on one waterfront site. Sorry Andy, but I’ve got to say that the Eye of the Fish was right – the ASB Indoor Sports Centre in Rongotai really should have been a multi-use stadium in the middle of town after all, as it is pretty clear now that we’re never going to get a stand-alone stadium in town now.

So – back to the key question – who are the other members of the various Councils that will be standing – and who is worth voting for? Apparently there is a new political party – right wing, probably Christian-tagged, and horror of horrors, even rumours of the resurrection of John bloody mystery Morrison once again. The spectre of that white moustache wiggling in the wind while doing nothing except pick up a paycheque bothers me considerably – he’s best kept on the cricket pitch, slowly raising one finger at a time.

If he and his cronies get back in again, and hold the balance of power, then all chance of getting anything done is once again dashed to smithereens. Lester – you had one chance – 3 years long – and you’ve blown it. True, we now have a little green Carmen crossing roads on Cuba, and a little green Kate Sheppard strutting her stuff down on the Parliamentary precinct, but can anyone list the achievements of Lester’s rule other than that? Do we count the colouration of the grass near the airport into a rainbow hue, that lasted a week? Or the painting of the same onto Cuba St, lasting longer but just as pointless? Do we have a restored Town Hall? No. Do we have a plan for the Municipal Buildings? No. Do we have any idea what to do about the Library? No. Has anything actually happened? No.

This is a long rant and I apologise, but this is important. We need quality candidates to put themselves forward, so that we have a dynamic and action-oriented council at our City. We need the same for the Regional Council, but I’m not holding my breath on that turning out ok. We apparently only got agreement on the LGWM announcement for Wellington because the Greens put a gun to the head of the Julie-Anne Genter and said: either agree with this scheme, or the American gets it. Luckily, the GWRC and the WCC agreed to sign and comply – so in theory we have a way forward – but what has happened since then? Nada. Zip. Nothing.

We need better candidates ! We need people that will get things done!