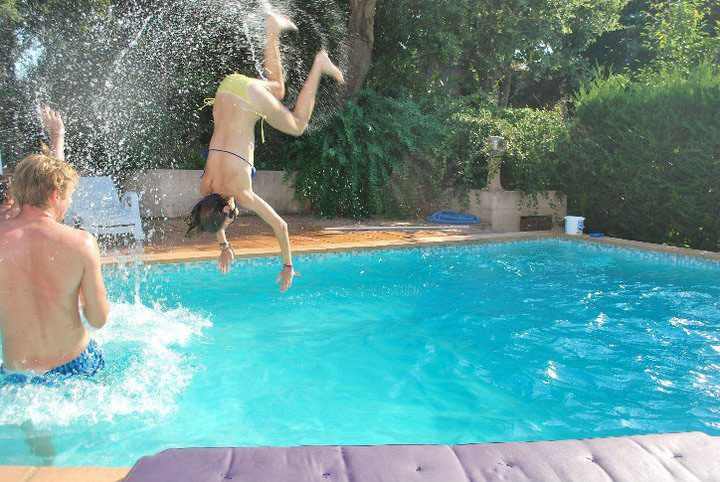 Welcome back indeed, and a warm welcome from me to our new correspondent, minimus, a sort of Mini-Me to my Doctor Evil, but without the sadly dated puns. Always happy for other writers to surface as well – drop us a line if you want to. Hope you had a good time over your holiday – I did. Couldn’t keep me out of the water.

I wanted to start off with a post about what is coming up in the New Year, but there’s a subject that we really can’t ignore. Natural disasters.

No, not my hairstyle, my dress sense, or even my attempts to diet over Christmas – we’re talking real disasters: raging torrents, muddy waters, and big dollops of thick brown mud, all over Australia. Well, Brisbane to start with, but it is moving on to Victoria as well as we speak.

There are some pretty savage waters raging there at present – although, if you cast your mind back to just a couple of weeks ago, we had some really severe weather in NZ as well. Here’s the Aorere valley near Nelson – it may have escaped your notice, as no one was staying indoors to watch TV – let’s face it, you were probably at the beach. Cue disgruntled campers who got washed out – but luckily not washed away.

Nothing quite like Oz though. Everything there is bigger, even their floods. Rockhampton, and Toowomba in particular, have seen some savage conditions.

You could take the laconic, pragmatic, phlegmatic viewpoint that we’ve normally come to expect from our poor cousins on the West Island, that it is about time the bloody drought was broken, and that a new coating of rich organic silt will do wonders for the garden, but I suspect that they’re not being quite that chipper about this mess. Particularly in Ipswich, which shows that Councils need to adjust their attitude to flood plains drastically.

Most importantly, cities need to look at their provisions of ground floor infrastructure. Brisbane in particular is feeling that right now – having lost not just their basement but their ground floor to the water still flowing through the city.

In a rare moment of good news, one image from the flooding has really gone viral, with a snap of a frog hitching a ride on a snake.

Despite mutterings of packed lunch, that’s got to be the real disaster point of this flood – only 10-20 people dead, but probably hundreds and thousands of dead stock, not to mention all the other critters.

I’m not especially sure that Wellington is not just as vulnerable. Certainly the Wellington region is highly vulnerable to flooding – the Hutt valley of course is nothing but a massive flood plain (flood plane?) as well as being vulnerable to earthquakes and tsunami to boot. Still: how would we cope?
In 2009 the following image was released, showing what may happen to Wellington CBD with a 1m sea level rise. The headline at the time was: Doing Nothing is Not an Option. So, what exactly has happened since then?