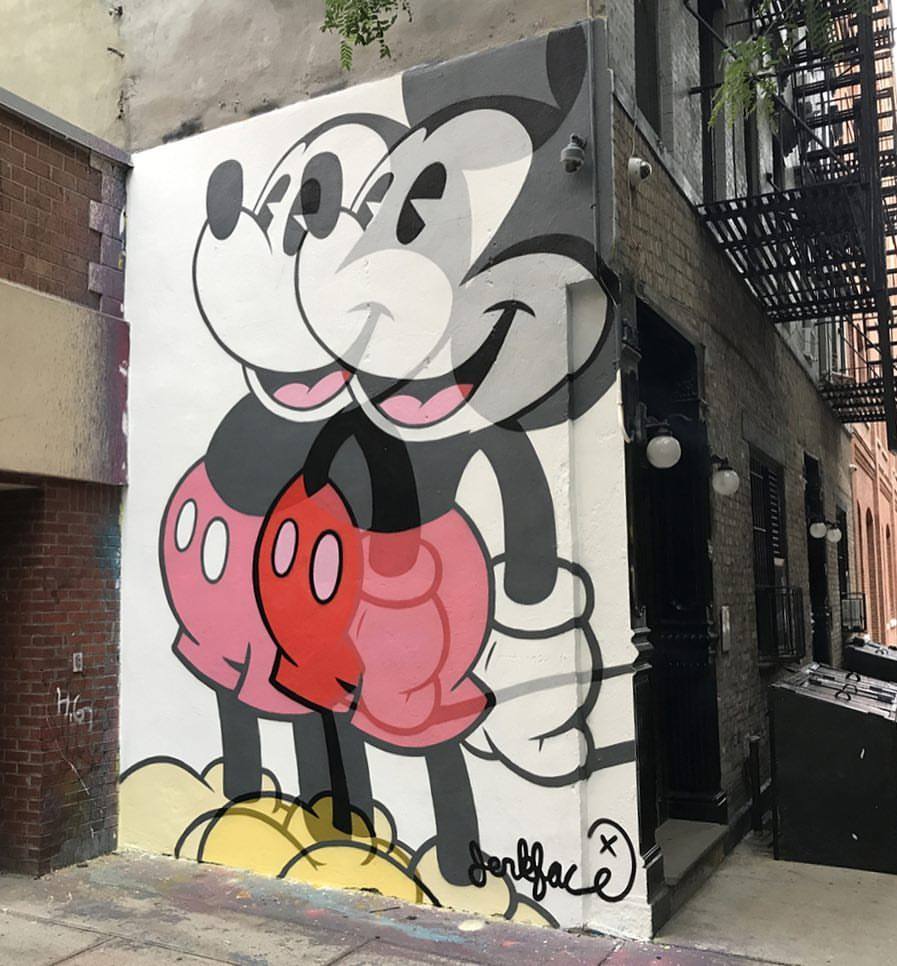 There’s something ever appealing about Walt Disney’s mouse creation that transcends the years – but even I thought I had double vision at this sight – somewhere in a german back street from memory.

But this got me thinking – not really in any particular urban or architectural way, but just generally thinking about Mickey as a cultural icon. In a uniquely NZ context of course, there is Dick Frizzell’s famous and famously clever Mickey to Tiki Tu Meke where he transposed the sacred symbol of Maoridom out of the sacred symbol of Mousification:

Frizzell has created a whole industry now of placing this graphic on objets de desirability, including pillowcases, bags, posters, mugs, rugs and other assorted ephemera. At least – I hope it is him making money out of it, and not some back-street rip-off merchants.

That whole schema started off another theme, of course, with another artist (Hansen?) completing a competing Tiki to Diki:

To which of course there can only be one answer: Send in the Grocer. A riposte to a repost, if you will, recalling the famous Four Square man and his iconografication by Frizzle over many years. Here’s the ultimate ethnic kiwi Grocer:

Or perhaps you could look at Lester Hall’s work, where the mashup becomes more integral to the artwork, in a manner that refers not just to one or the other, but all of the above:

To which the only legit answer may be another mashup, a Dick Frizzle homage to Gordon Walters seen through the smokey eyes of commercialism and arson: Oh, Behave!