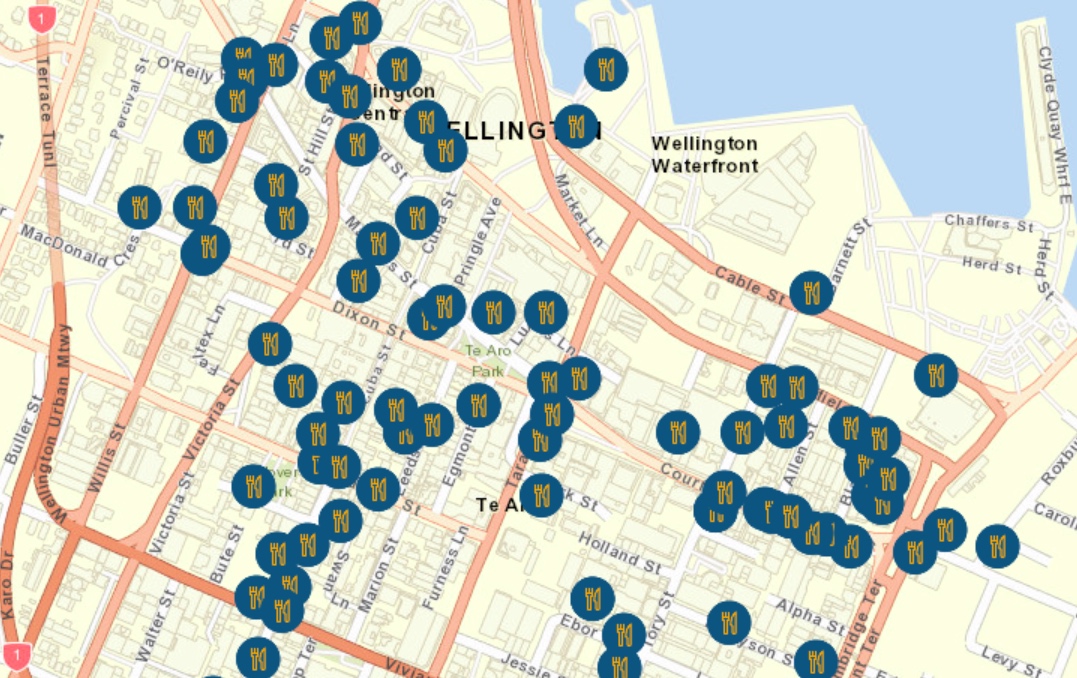 Eat, Drink, and Be Takeaway

So, Tuesday morning we start to arise from our self-imposed slumber. The move from level 4 down to level 3 gives us the much-vaunted option of “Level Four plus KFC”, but this does give us a much wider range of nosh than just bits of chicken and gravy.

Ironically of course, the “Wellington on a Plate for Takeaway or Delivery” website doesn’t list KFC as one of their options for food, being as they don’t classify it as food in the first place. But I’m sure that if they can open, then indeed they will. Lots of places are open – including a healthy string of places down Cuba St and up Courtenay Place, and especially including my favourite: the Greek Food truck where I can close my eyes and pretend that I’m back in Syntagma Square. Not rioting, but just absorbing the Greek sunshine. Somehow though, Greek food is always spicier in Greece.

There is also a good dose of Pizza places, including Pomodoro, which means that life is no longer such a scary thing. I’m super hopeful. Pizza, of course, is always better in Italy, but Pomodoro is close enough. And 60 is going to get Logan Brown takeaways for him and his missus, which sounds like a damn good way to repair any relationship that may have been sorely tested by 5 weeks of level 4 lockdown. Not saying that’s you 60, but just anyone out there that is feeling a little cooped up.

I’ve found it rather interesting over the past few days, on hearing that Uber Eats were clipping the ticket of the restaurants by up to 35%, which just sounds appalling. Stuart Gardyne, if you’re still out there, I’m with you on this one: in this case, yes, Uber are indeed evil. Curiously, or bizarrely, WREDA are paying $10 per delivery to the restaurants – even to Uber Eats – seems a roundabout way of doing things, and bloody expensive to someone. But hopefully it stops our eateries from going broke in the mean time.

I’m loving the lock-down myself though, so probably won’t be partaking much. I’m finding it such a productive time, with back catalogues of movies to be watched, things to be painted, recipes to be trialled, stories to be written, architecture to be designed, along with websites to be watched and radios to be listened. Somehow I’ve lost the appetite for regular eating out, and my diet of home-grown spaghetti straight from the spaghetti tree and Wattie’s tomato soup has blossomed into something else.

I may be alone here, but I can see this stupid virus thing as having some potential really good outcomes for New Zealand. If we have truly managed to Eliminate the virus, then we and the Cook Islands will be amongst the very few places that have. Other countries may be doing well, such as Vietnam, but again: the virus can just walk in over the border. But not here. As we speak (ie as I write) the mighty nation of Spain, having had 20,000 people dead from it, is tempting fate by going back to a gradual opening of their front doors. Sadly, that is bound to be an almost solid definite mistake, as the virus is still there and deaths will rebound in a few weeks time. This may go on until all the old people in the country are dead…

But we may have a different option to pursue. Imagine if all the films and TV shows around the world are shut down for months yet, while our industry keeps going? Imagine the world all watching a kiwi version of Netflix, with the only new content available that isn’t recycled YouTube clips! Imagine NZ being a centre of virus-free manufacturing – of just about anything! Even James bloody Cameron could finish his awful Avatar films and release them online, thereby releasing Sir PJ to get on with life and do something more interesting other than just booking out sound stages to wealthy yanks. More Hobbits anyone?

Imagine if all the schools around the world are still stuck in a Covid world, trying to teach online, while NZ schools are the only ones left that could teach in person instead of online? Imagine if we could have all the concerts and parties and broadcast them to the world, and all the Americans could do is watch them online – or congregate and die?! Imagine if everyone wanted to come here and we could just sit back, fold our arms, and say No! Buy the video instead!