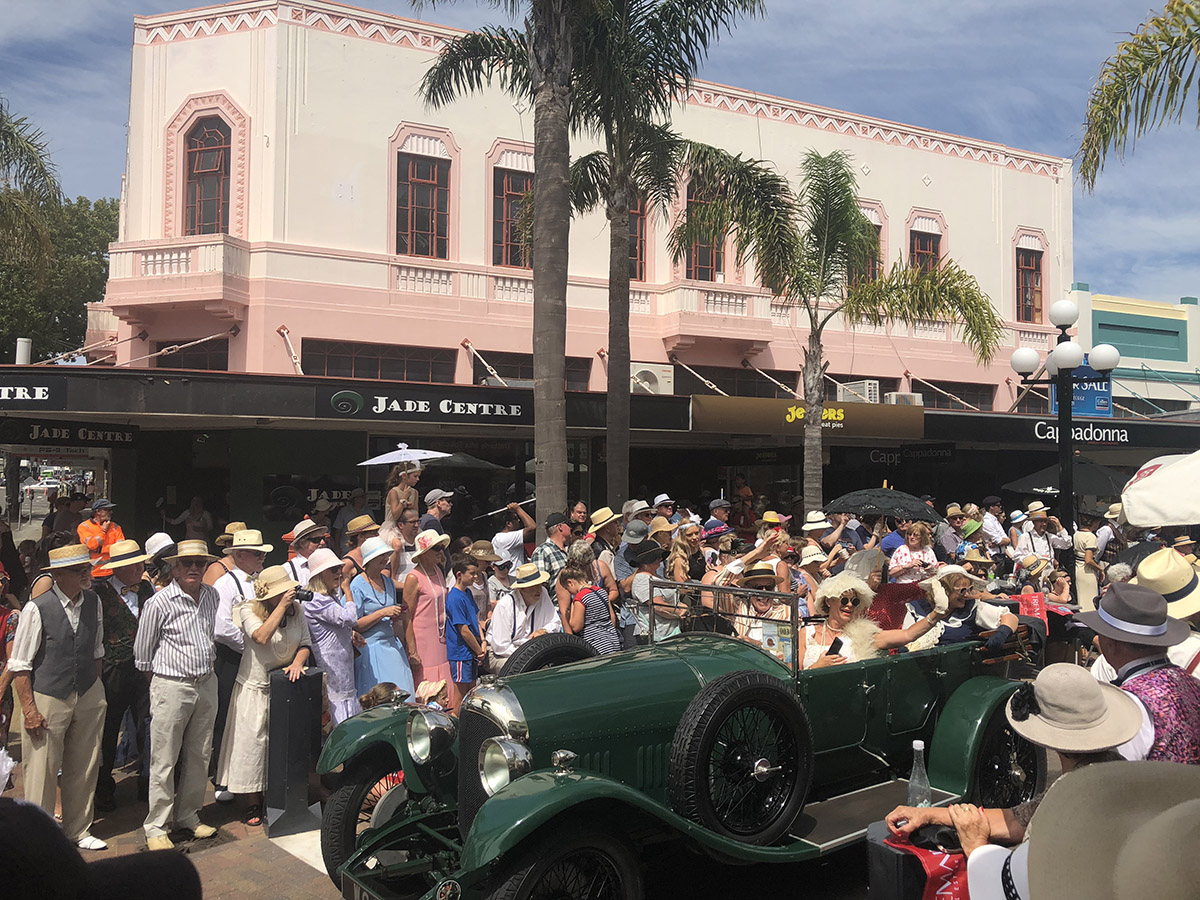 Following on from the entertaining architecture of Queenstown, where the residential architecture is rigorously controlled and ruthlessly rectilinear, and the commercial architecture is uniformly confused and bizarrely ugly in most respects, I thought I would head to somewhere where the opposite is apparent. In Napier, by comparison, the commercial architecture of the town is uniquely individual: a combination of Art Deco, Spanish Mission, Streamline Moderne, and the unique talents of Louis Hay. It’s a lovely city centre, where somehow the different styles all read as a coherent whole, earning Napier the self-styled sobriquet of Art Deco Capital of the World.

The traditional housing of Napier is, for the most part, quite delightful, with deep verandahs, large windows looking out over the fantastic views, and a sense of permanence and quality. Some of the best of these are pre-Deco era by Louis Hay or Chapman-Taylor, most of these are still there, resplendent up on the Hill. There are also other simpler houses from the post-earthquake period, with a fine row of Deco houses in Marewa, a few also in Spanish Mission style, all working quite well in the hot Hawkes Bay sunshine. However….

Sadly though, the most recent residential housing in Napier is some of the most awful architecture that I’ve ever seen. The city has, it seems, lost its soul, and is foolishly building on low-lying land to the south of the city in the Te Awa area. The land there is something like less than a metre above sea level, having risen from the sea in the 1931 quake, and so the land is mostly former sea-bed: prime candidate for liquefaction and destruction in future earthquake I would think. Plus, inevitably, the land will be lost if / when the sea levels rise. Developers advertised the development as being “high quality” but little could be further from the truth.

For some reason, the design of these houses is abysmal. The houses exhibit a paranoia of being seen by the public – presenting blank faces to the public road, resplendent with massive enclosed garages facing the street and little else that stands out. Some of them have one or two small windows facing the street, but others have nothing but a garage door and a front door.

Many of these photos are of the south-facing side of the house, and so they may have more openings on the other side, out the back, facing into the sunshine. But surely there should be some cognisance of the importance of the front of the house, to give a public face to the street? What do these street elevations say to you? Does it say “Welcome” or “Hello neighbour, come on over!” or does it say “Fuck off, I don’t like you and don’t ever want to see you!” ? Perhaps it says “I love my Ford Ranger 4WD and that’s all that counts.” I’m appalled. Really, honestly, truthfully appalled.

Â
Clearly there has never been an architect anywhere near these dwellings, either in their design stage or in their consenting stage. How can the local Council let abortions such as these get built? In the home of the region that spawned John Scott, one of Aotearoa’s greatest architects, with a sensitivity to light and space and the delicate act of positioning a window – how can these awful houses be allowed to be built? Something is very sick in the state of Napier….
Fish
Show Comments